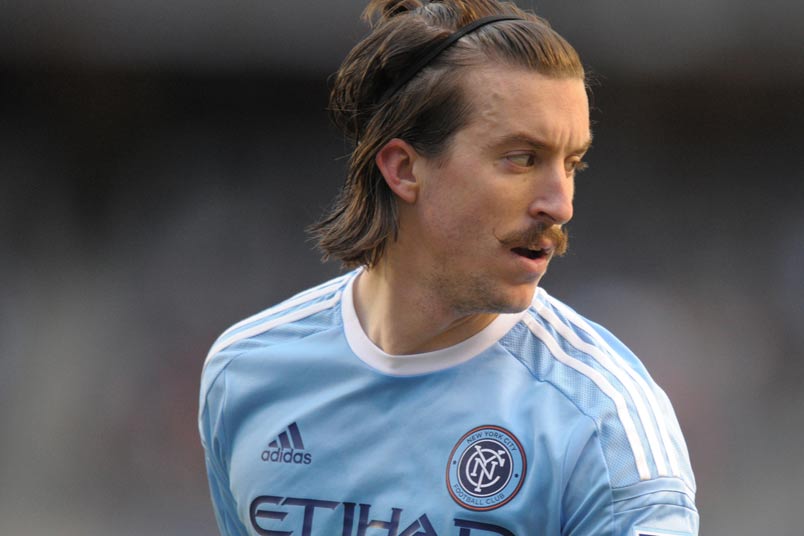 By Jeff Rueter – SAINT PAUL, MN (Jan 25, 2018) US Soccer Players – On January 8, the North American Soccer League (NASL) announced that it was championing the concept of playing the game in winter in the US. Mired in a multiple-year-long question of its vitality, the NASL found itself stripped of its second-division sanctioning by the US Soccer Federation. Seven years in, the league had a choice to make. Would they play on as a third-division or potentially unsanctioned league, or fall by the wayside?

Cornerstone clubs like Minnesota United, the Tampa Bay Rowdies, and North Carolina FC had left the NASL over the past 15 months. Indy Eleven also took its talents to the USL this winter. Meanwhile, 2017 champions San Francisco Deltas joined clubs like the Fort Lauderdale Strikers, Rayo OKC, and FC Edmonton in going out of business.

With only five clubs committed for 2018 and a handful of NPSL sides unconvinced about joining the ranks, the league bought itself some time. The remaining owners and interim commissioner Rishi Sehgal elected to resume league play in August, switching to what they deem an “international calendar.”

There are some obvious questions to ask about the wisdom of this decision, the number of teams involved in the league’s re-launch, and whether or not it’s worth resuscitating the league altogether. That’s a story that will play out over the coming months. Right now, however, there’s a more pressing issue that this decision created. What becomes of the players?

As the league followed it’s split season version of a spring-through-early-winter calendar deployed by MLS and the USL, player contracts followed that timeline. Most teams would offer year-long deals, with only a few outliers still signing its roster to 10-month contracts. In either circumstance, the terms of agreement ran through either November or December.

For a league switching its schedule entirely, it’s led to a logistical nightmare. Players who had a remaining year on their deal will now see their contracts end during the middle of the NASL season. Long-term, it means that they’ll be facing negotiations with a league in the middle of its first year playing through winter. There’s little guarantee that the new timeline will work, or that the league will continue to play for a second year on this calendar.

Short-term, it’s keeping some players from furthering their careers while playing on the usual American playing calendar. Any player who remains in the new NASL structure will have wrapped up a mind-boggling nine-or-10-month offseason.

Most players who played in the NASL now find themselves in a predicament. Take a major pay-cut to be a minimum-wage player on a USL side, or retire far sooner than any of them anticipated. This week, Ryan Richter announced that he’d chosen the retirement route. At just 29, the defender finds himself signing on to be a coach. Likewise, five-year MLS starter Jeb Brovsky had joined Minnesota in 2016 and was a key part of its final NASL campaign. Injuries and a shifting landscape led him to coach at D-III University of Saint Thomas, and now returns to fitness as the lower-divisions are less willing to pay for veteran talent.

“It’s the American way to keep grinding through injuries and play game after game,” Brovsky told USSoccerPlayers. “If you have one bad game, it’s the end of the road for you. If you don’t make the national team, you’re stuck. We can’t even play the game we love anymore because we can’t afford to take these jobs.”

Brovsky, who recently turned 29, has a wife and two children. For many in his situation, there was a promise of a decade-long career in the game. This career was about much more than glamour and glory. It often serves as a means to a living wage and insurance for the player and his family. As the USL pivots to building around younger talent and MLS prioritizes higher-wage and international players, the gritty American veteran is the one feeling like collateral damage.

“Teams have to incentivize players to make this into a viable career,” Brovsky said. “If I didn’t go to Notre Dame, I don’t know what I’d be doing. When I got my degree, I was still making less than all of my classmates, and I was a professional athlete. The country doesn’t value the middle group of American players that are grinders, who make it into the professional ranks and do the job well, but aren’t the sexiest players.”

It’s clear that not all players stand behind the pivot. However, some have been able to acclimate to the new stasis. NASL leading scorer Stefano Pinho joined Orlando City. Andres Flores linked up with former coach Giovanni Savarese in Portland. Two-time reigning NASL Best XI midfielder Nazmi Albadawi will be setting up shop with FC Cincinnati, while long-time New York Cosmos goalkeeper Jimmy Maurer has signed with FC Dallas.

All four players are in the early stages of their prime (27, 26, 26, and 29, respectively). All four players rank among the very best the league has had to offer from 2015 onward, when Flores and Pinho joined for their first seasons.

Still, for every story of a player over 25 latching onto another club, there are at least twice as many similar to Brovsky’s. Earlier this week, Michael Lewis laid out the situation which Danny Szetela is processing, where he too may have to retire at 30. Recently retired NASL veteran Sinisa Ubiparipovic asked this very question of lower-division clubs. Where do players from 27 and up with families play?” While many players have pointed out the lack of a players union for lower-division athletes as a reason they feel their windows are closing so rapidly.

“That’s what you’re telling the Brovskys, the Szetelas, the Richters: you won’t get what you’re worth,” Brovsky said. “We aren’t pretending to be the Clint Dempseys or Michael Bradleys of the world, but we still have so much we can contribute. There’s a ceiling for us, and it’s the sad reality.”