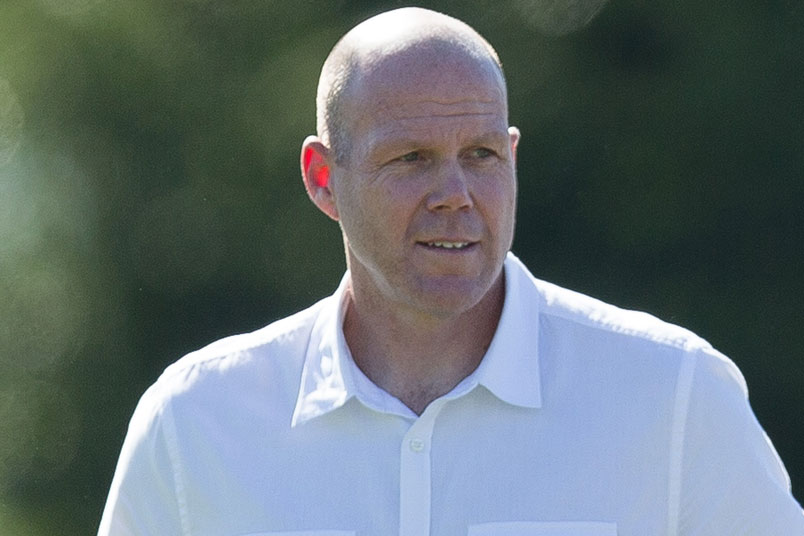 By Jason Davis – WASHINGTON DC (Jan 3, 2018) US Soccer Players – It’s the start of 2018, and it might already be crunch time for the new coaching hires in MLS. There’s no time like the present for pressure, with clubs already making major moves.

MLS teams turned over their sideline bosses at a greater rate than ever before in 2017. The expectations are high for those new hires. Regular season games might still be months away, but the start of the season is firmly in sight. The time for improvement is now for coaches already in position to prove that they’re the right choice.

That list of coaches starts with Brad Friedel, the American goalkeeping legend hired to replace Jay Heaps in New England. There’s Anthony Hudson, the American-born Englishman last of the New Zealand national team tasked with reviving the Rapids. Montreal hired Remi Garde, a Frenchman with a Premier League stint on his resume. Mikael Stahre is the up-and-coming Swede now leading the San Jose Earthquakes. Portland also has a new coach, but former Cosmos boss Giovani Savarese won’t get his official introduction until later this month.

Friedel has the best talent in the group. He takes over a team that faced criticism for underachieving. The feeling in 2017 was that New England was better on paper than they proved to be on the field.

With the aid of GM Mike Burns, Friedel must find a way to hold onto key figures, flush out the elements that didn’t fit, and reinvigorate the roster with a raft of new signings. So far, the Revs have done a lot of trimming but haven’t yet secured new additions. The club currently has just 16 players under contract. That means they must get busy between now and the start of preseason training if Friedel is going to be able to install his system with something approaching a full group.

Kei Kamara is the highest profile departure. After a year and a half in Foxboro, it was clear that Kamara wasn’t the best fit at forward.

Friedel has committed to playing entertaining soccer but hasn’t explained exactly what that means. A replacement for Kamara is likely in the offing. So far, the rumors link the club with a Swedish defender and a Bolivian defensive midfielder. The Revs need to solidify their defense as much as they need a new striker, so those potential signings might now say much about Friedel’s intended approach.

Juan Agudelo, Diego Fagundez, and Kelyn Rowe figure to be leading the way on the attacking end for the Revs. Slightly less clear is the future of playmaker Lee Nguyen, is linked with a return to Vietnam. Friedel faces a choice of direction for his club with Nguyen’s possible departure.

In Colorado, Hudson is taking a direct approach with fans as the club looks to rebuild from 2017’s 9th-place finish. Hudson is short on tactics in the letter he penned to the fans at the Rapids’ SB Nation site. He does outline big goals and an appreciation for the vision laid out by general manager and sporting director Padraig Smith.

The Rapids haven’t done much in the player market, with the addition of Jack McBean via trade with LA the only notable move, so expectations will be that January will be a busy month on that front. Hudson has expressed a desire to win above all else, indicating that aesthetic concerns won’t have much sway in Denver. The cupboard is almost bare for the Rapids. Filling it back up is job one.

Garde is the most accomplished of the incoming group of coaches judging by the leagues on his resume. His familiarity with MLS can’t be deep, but Garde brings a legitimacy to the job that should stand the Impact in good stead in the market for new players. So far, Montreal has traded for two of LAFC’s expansion draft picks (Jukka Raitala and Raheem Edwards) by sending former MLS Defender of the Year Laurent Ciman west. Rumors link them to a trio of players from French side Lyon. That’s the club where Garde made his name as a coach, and the possibility that he’s mining that relationship for players is intriguing. That adds to the club’s connections in Europe. Impact investor/operator Joey Saputo owns Serie A club Bologna.

If Garde is the most accomplished new head coach in MLS, Stahre in San Jose is the biggest unknown. While Friedel doesn’t have any head coaching experience in club soccer, he’s at least a recognized figure in the American game. Stahre arrives from Sweden with a good record but no local familiarity.

Like Garde with Lyon, Stahre appears to be using his connections back home to help recruit for his new California club. The Quakes’ biggest signing of the offseason to this point is Magnus Erikksson, a 27-year old Swede who led the Allsvenskan with 17 goals during the 2017 season. While Chris Wondolowski remains one of the most consistent goal-scorers in MLS, he’ll need help if San Jose is going to do better than 2017’s one-and-done knockout round playoff appearance.

Make no mistake: The Quakes’ rebuild is the work of general manager Jesse Fioranelli. San Jose is more internationally focused than ever before, and Fioranelli has clear ideas on where to exploit the market. Stahre will be the man who must turn Fioranelli’s vision into success on the field.

It only gets more intense from here for the incoming group of new MLS coaches. The preparations for the new season are very much underway. There aren’t a lot of days left where their record is perfect because they’ve yet to play a game that counts.