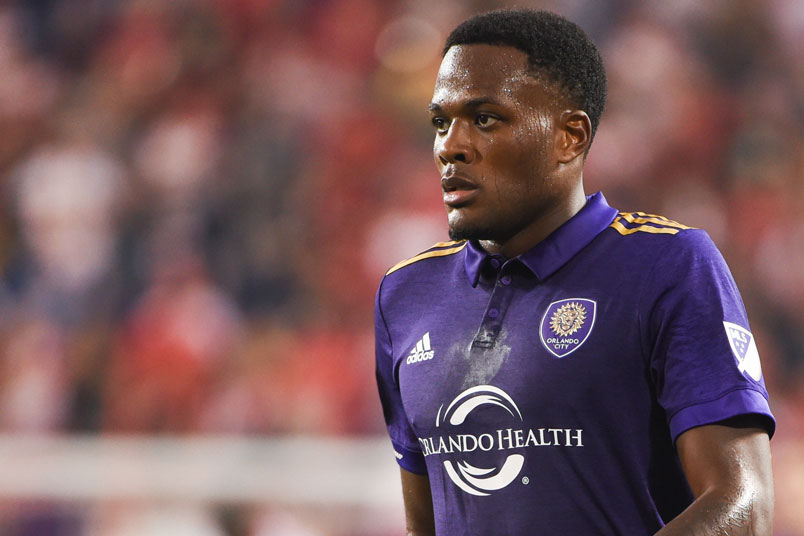 What Besiktas’s Twitter account said on Saturday – a message then repeated by the club’s English-language account – was that Larin was in Turkey engaged in negotiations with the team to make a move from MLS to the SuperLig. Attached were images of Larin wearing the club’s jersey and dotted with probes for a medical examination. The images sent a clear message, even if the text of tweets stopped short of declaring Larin a member of Besiktas.

Orlando City responded quickly in the form of a terse statement that pointed to Larin’s MLS contract. According to the Lions, Larin’s deal carries through 2019, and no deal existed to sell him to Besiktas.

In the parlance of England, this is a classic case of “tapping up”. There are rules that pertain to the signing of players, the kind meant to prevent one club from poaching another club’s talent. If there’s a contract, doing things like tweeting photos of the player wearing your shirt and going through a physical is not allowed.

Orlando City says they plan to take “all necessary action” against Besiktas for the transgression. What that means and whether Besiktas faces real punishment is an interesting question. Perhaps more important for the Lions is whether there’s any end to the story that doesn’t result in a sale of Larin. That’s the issue that hangs over the team as they head towards their fourth MLS season and another attempt at a first-ever playoff berth. Pulling Larin back into the fold won’t be easy.

Larin’s contract is central to Besiktas’s bulldozer approach. While he has one with Orlando, the Turkish club may be positioning itself to challenge the nature of that contract. Larin’s situation in some ways echoes that of Camilo Sanvezzo, the former MLS Golden Boot winner with Vancouver who pushed his way out of MLS to Queretaro in Mexico in 2014 in part because of threat over the club option the Whitecaps held on the Brazilian.

Camilo showed up at Queretaro, pictures were taken, and tweets issued. Vancouver objected that there was no deal for a transfer. Camilo’s agent began to make noise that Queretaro would challenge the club option included in Camilo’s MLS contract. They claimed any option that only gave control to the club violated FIFA regulations, and that Camilo was therefore a free agent.

The brinkmanship over Camilo’s contract worked, in that it facilitated a move. Eventually, Vancouver and Queretaro agreed on a fee and avoided questions over the contract option. Vancouver may not have ended up happy to lose their top scorer, but they did collect a sizeable sum.

Besiktas’s gambit is likely to be less effective in light of Camilo’s transfer and the regrettable fact that FIFA’s regulations make allowances for national law and collective bargaining agreements. That doesn’t make it impossible a challenge to the contract option could succeed, just that the conditions around Larin’s potential challenge don’t necessarily point to success. Orlando is adamant that the striker knowingly entered into his deal with the options included. He can’t honestly claim ignorance over his ties to the Lions. Whatever case he might take to FIFA or the Court of Arbitration for Sport is undermined by that fact.

Setting aside the nonsense of MLS club options, Larin’s situation boils down to whether or not the player can force a move. That’s the practical concern for Jason Kreis and Orlando, whatever the fallout of legal action against Besiktas.

The X-factor on that side of the equation is the true level of Besiktas’s interest. Camilo was coveted enough by Queretaro for the Mexican club to shell out seven figures for his goal-scoring abilities when it turned out he wasn’t actually a free agent or when the parties involved decided challenging the MLS contract would be ultimately more costly. While Larin certainly has value, the Turkish club might get cold feet if actual money is required to acquire him. The unconventional nature of the transfer saga means setting aside all presumptions.

We need further developments to know if Larin will be staying or going. The player is desperate to get to Europe, something that may force Orlando’s hand. Player power has rarely been a real concern for MLS teams. The league’s rules are very good at preventing players from dictating terms when it comes to moving between clubs. MLS doesn’t like to part with its best players. When they do, the league tends to value them more than the market will bear.

Still, Fabian Castillo managed to force a move to a different Turkish club, Trabzonspor, in 2016. That could give Larin hope of completing the switch. Trabzonspor did their own version of the social media theater. While FC Dallas was obviously unhappy with both the player and the Turkish club, a deal got done.

If Orlando City is smart, the club has already prepared for life after Larin. They might not have expected that life to begin so soon, but if the player wants to go the best resolution for them is to get as much as they can for him. The Lions have the leverage of Larin’s contract to play against the player’s obvious desire to leave. Besiktas risks sanctions or fines if they don’t step up with a fair offer for the striker, and will do the calculus accordingly.