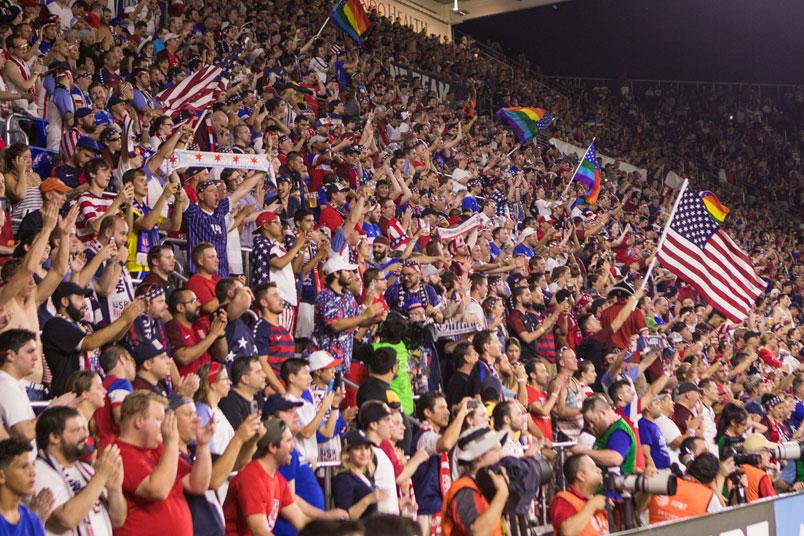 By Clemente Lisi – NEW YORK, NY (Jan 2, 2018) US Soccer Players – How many of you have stuck to your New Year’s resolutions? Just a few days into 2018 and certainly some of you have already cheated. Have you already taken a puff of that cigarette you swore off? Is that gym membership card still going unused? It’s all part of the annual ritual of making resolutions. The process of wanting to set a goal as the calendar switches over to a new year often doesn’t work, although everyone has the best of intentions.

For my last column of 2017, I looked back at three positive developments in American soccer and what can be done to build on them in 2018. This is something largely dependent on officials at various levels to help make happen. We have no control over which players MLS teams choose to sign or whether FIFA will award the 2026 World Cup to North America later this year.

Instead of trying to predict what will happen in 2018, I took a different route to start this year. For this column, I’ve made a list of 10 things all fans should try in 2018. This is a list that is entirely within our control. It is an American fan’s guide to making this game better. This game has come a long way in this country over the past few decades. We’re not entirely there yet. The development of youth players needs to continue for the US to be able to compete at the highest levels. MLS needs to keep growing in stature and importance as well as fan culture. By doing the things below, we can all help do our part.

10. Attend at least one MLS regular-game in person this season

If you live at least 50 miles from a team, you should do this. Those of you in the New York (Red Bulls and NYCFC) region and greater Los Angeles (Galaxy and newcomers LAFC) area have no excuses since your markets each have two teams to choose from. You should even consider a mini-plan – and take your kids!

9. Spend your weekends coaching in a local kids’ rec league

Being involved is a great way to help children grow a love for the game. AYSO is always looking for volunteers.

8. Support those who tirelessly create quality journalism by reading about the game each day

It’s one way to show that the eyeballs are out there for soccer coverage. Those who already read this space regularly already know this. And welcome to those of you who are here for the first time.

7. Show your love for American players

Whether they play for an MLS team or abroad – by proudly wearing their jersey. Don’t limit yourself to buying a Barcelona shirt just because you enjoy Lionel Messi. It may be time to go get Christian Pulisic’s Borussia Dortmund jersey. I hear there are some great post-Christmas sales out there.

6. Get the tailgating started early

Take in a CONCACAF Champions League game this winter. Strong support for MLS teams can go a long way in helping one of them finally lift the trophy. Seattle Sounders FC, Colorado Rapids, New York Red Bulls, and FC Dallas are the four US teams in the competition, while Toronto FC represents Canada.

5. Buy a soccer book written by an American author

There are many out there to choose from. Look around.

4. Go to a US Open Cup game (especially the early rounds)

This is a fantastic tournament and one that connects fans to clubs – from MLS to amateur – of all levels to our shared soccer past. The US Open Cup is the oldest soccer tournament in this country’s history and can be as riveting as any FA Cup match on TV.

3. Take a trip to Frisco

Visit the National Soccer Hall of Fame at Toyota Park in Frisco. Doors on the new facility open this coming October. American soccer history will finally have the home it deserves starting later this year.

2. Watch as much soccer as you can

MLS, USL, La Liga, whatever you like. On TV and via various streaming services on your phones and tablet so the sports networks and advertisers know that this is a sport that matters to you.

Club teams are great, but the United States (both the men and women at all age levels) represent our country across the globe, where some still consider the US a footballing backwater. We are not. It’s important to show your pride in any way you can.