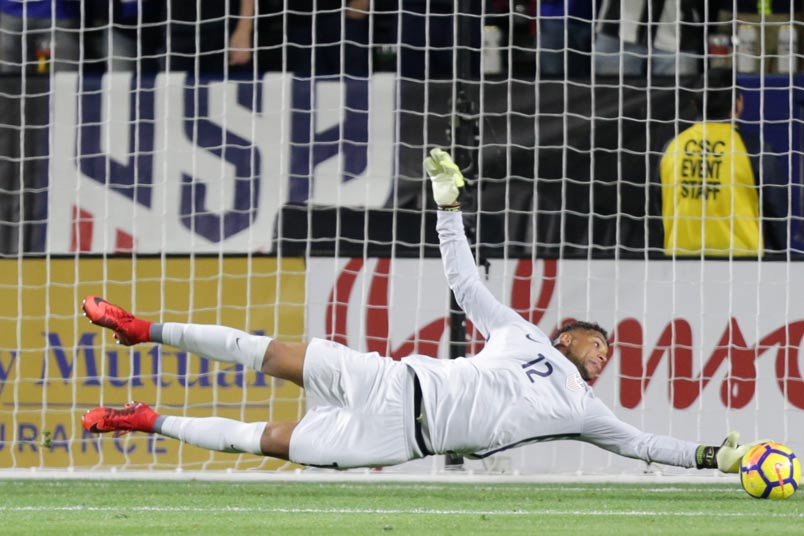 The USMNT vs Bosnia and Herzegovina friendly didn't produce any goals and it also didn't produce any long-term issues. The USMNT ends January camp just like it started, waiting on decisions beyond the control of the players in the squad. US Soccer still needs a president, the USMNT still needs a new coach. Once those two things are in place, player decisions and tactics will once again be the point of training camps and friendlies.

With the US Soccer Federation presidential election scheduled for February 10, we know when one part of the scenario will happen. The coaching decision comes later, on an indeterminate timeline. That's a source of frustration for progress with the USMNT. What happens under an interim coach likely stays under an interim coach. There's no indication of continuity. That's the big picture situation that can't help but impact the takeaways from games like the one last night in Carson.

Pro Soccer Talk's Nicholas Mendola has three points from the USMNT vs Bosnia and Herzegovina friendly. Goal.com's Ives Galarcep on the USMNT focusing on young players in January. ESPN's Jeff Carlisle on the draw. MLSsoccer.com's Scott French talks to USMNT player Jordan Morris about moving from striker to the wing against Bosnia and Herzegovina. FC Yahoo's Leander Schaerlaeckens uses the game to ask some bigger picture questions about US Soccer.

Also in the soccer news, the Chicago Fire will travel to Munich to play Bayern on August 28. The game is Bastian Schweinsteiger's testimonial and he'll play a half for each team. "I'm really looking forward to walking back out at the Allianz Arena and hopefully meeting lots of fans who've been there since the start of my career," Schweinsteiger said in the press release. "I'm especially looking forward to seeing the fans on the south terrace, as we've always had a great relationship."

The LA Times' Kevin Baxter explains what Gyasi Zardes means to the Hawthorne neighborhood in Los Angeles. Bundesliga.com profiles Eintracht and USMNT defender Timmy Chandler. The Washington Post's Steven Goff has the latest on DC United trying to find venues for two home games prior to the opening of Audi Field while squad building for 2018. Columbus Business First's Laura Newpoff updates the situation with the Columbus Crew and Austin.