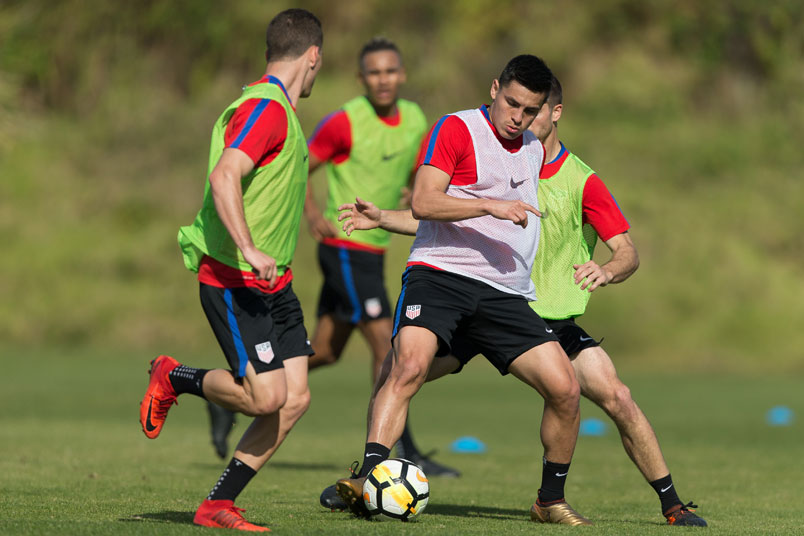 The soccer news starts with the January FIFA Rankings. The USMNT fell one spot to 25th in a month where there was no movement in the top 14. The USMNT played no games over the ranking period. Germany spends another month in the top spot in the FIFA Rankings, ahead of Brazil in 2nd and Portugal in 3rd-place. Argentina and Belgium round out the top five.

Mexico is the top team in CONCACAF, down a spot to 17th. The USMNT is in 2nd-place in the region, with Costa Rica two spots behind in 27th. Panama is in 54rd with Jamaica 55th. Last January, the USMNT started 2017 in 28th place in the FIFA Rankings. They rose to 23rd in April, May, and June, their highest ranking that year.

In advance of their new League of Nations, CONCACAF has said they will be using their own confederation ranking system to decide what countries end up in that new league structure. How it could differ from FIFA's system is an open question, but it's clear that the top teams are still going to be the top teams. The FIFA Rankings demonstrate that every month.

Also in the soccer news, the Chicago Fire announced that they've re-signed midfielder Bastian Schweinsteiger on a one-year contract. Schweinsteiger was a key part of an improved Chicago Fire that made the playoffs. Chicago lost 4-0 to the New York Red Bulls in the knockout round.

"I am very happy to re-sign with the Chicago Fire, and to continue what we started in 2017," Schweinsteiger said in a press statement. "Last year was a special moment for my career, but it felt incomplete without a trophy. But I am sure we can create another memorable season with the support of our great fans. I love this city, this sport, and winning, so I look forward to another season with the Fire as we progress to hopefully another level of success."