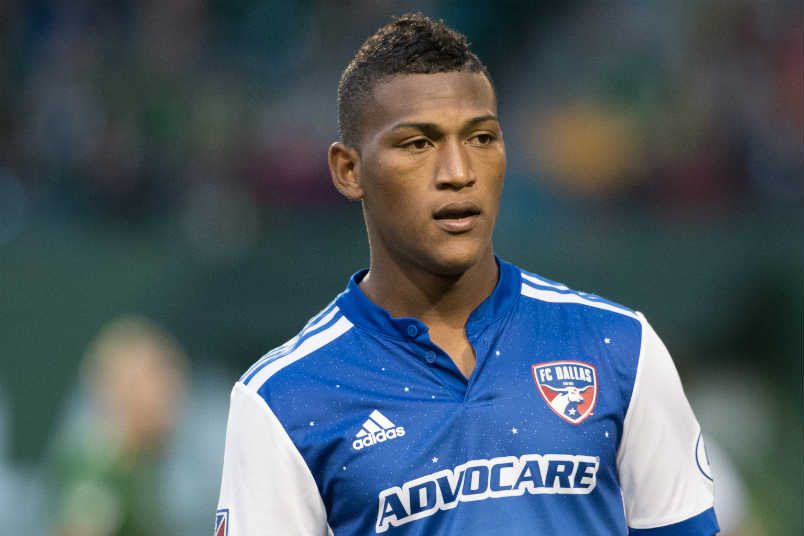 By Jeff Rueter – SAINT PAUL, MN (Feb 15, 2018) US Soccer Players – There’s a well-worn assumption that the key to becoming a successful soccer team lies in spending months, even years, training together and forming a core starting lineup. Sometimes, this comes in the form of off-field team building, like Huddersfield Town’s David Wagner leading the then-Championship side to a remote Swedish island for three nights without electricity. Other times, it’s due to a core of players who become nearly unbeatable due in large part to many seasons working together. Bruce Arena’s LA Galaxy teams of the early portion of this decade are a good example of this.

Like any group, there comes a point where you can get too comfortable with the collective. As MLS continues to see increased reliance on bringing in higher-priced international players, the days of keeping a core nine or 10 starters and just tweaking one or two pieces in the winter may be a thing of the past. The 2017 season gave us our strongest example against this model of inactivity.

In 2016, there were four teams that history will look back on as better than pretty good. Most prominently, the Seattle Sounders joined this group by beating fellow better-than-pretty-good team Toronto FC. The New York Red Bulls rallied around the league’s best midfield to win the East in the regular season. FC Dallas won the Supporters’ Shield, despite Fabian Castillo’s itchy feet, with the most talented starting lineup in the league.

Three of the four teams were active in retooling their sides to become a force again in 2017. Seattle was lucky enough to have Clint Dempsey make a full recovery from his heart issues, added Kelvin Leerdam midseason to fortify the backline, and brought in a revitalized Will Bruin to add to their attacking punch. Toronto, meanwhile, made the most effective acquisition of the winter, adding Spanish maestro Víctor Vazquez to orchestrate the midfield while adding defensive stalwart Chris Mavinga. New York sent shockwaves across the league by trading captain Dax McCarty and increasing Tyler Adams’s role in the club, while also entrusting Aaron Long as a starting center back.

To be fair, it seems as if FC Dallas tried to reinvigorate their core. Unquestionably, their splashiest move of the winter was signing Paraguayan striker Cristian Colman to challenge Maxi Urruti up top. Meanwhile, Hernan Grana came in on loan to play full back, while Roland Lamah became Dallas’ first major attempt to fill the void opened by Castillo’s departure.

While Grana and Lamah each made 30 starts during the season, it was surprising to see Colman fall so flat. Grana and Lamah may have been regulars, but in no way were they among the six or eight most important members of Oscar Pareja’s side. This entire core from the midfield trio of Kellyn Acosta, Carlos Gruezo, and a healthy Mauro Diaz, the center back duo of Matt Hedges and Walker Zimmerman, goalkeeper Jesse Gonzalez, and attacking focal points Michael Barrios and Urruti was the same as the 2016 Shield-winning side.

On paper, this was as talented a group as the league had to offer on both sides of the ball south of Seattle and Toronto. However, a relative lack of internal competition may have done Dallas in. As late as the last week of July, Dallas was sitting atop the Western Conference. They seemed poised to go head-to-head with Toronto for the Shield and, playoffs willing, MLS Cup. Their self-combustion has been well-documented, but reflecting on the previous season; it’s still absolutely shocking that Dallas failed to make the postseason entirely in a relatively-weak Western Conference.

The first corrective action was swift for Dallas. They traded young US international Zimmerman to LAFC for $250,000 in General Allocation Money and $250,000 in Targeted Allocation Money to break up their first-choice CB pairing. 32-year-old Swiss defender Reto Ziegler becomes Hedges’s new deputy. Meanwhile, full back Atiba Harris moved on after making 85 appearances for the team since joining in 2015.

And yet, that’s… just about it. The vast majority of the 2017 roster (and, by association, the 2016 side) return for 2018. The true effects of the Zimmerman trade will take years to sort through. If nothing else, it sends a message that the team understood the need for a shakeup.

For the most part, it was the rest of the league that saw Dallas’ stagnation as a reason to shuffle their decks. After a late season swoon of its own, Sporting Kansas City sent midfield pulse Benny Feilhaber to LAFC. The Red Bulls again traded a midfield captain, this time showing Sacha Kljestan the door. The Columbus Crew had its hand forced by a potential relocation to Austin, with Ola Kamara and Justin Meram both getting their wishes to join new teams. After growing with the Portland Timbers since its MLS entrance, Darlington Nagbe moved to Atlanta United for a record-setting return. The Houston Dynamo will see a new-look attack, selling Cubo Torres to UNAM and replaced by Braga’s Tomas Martínez.

All told the only MLS side who has any potential to run out the same starting lineup as last season is Minnesota United though leadership assures that moves are in the works. Perhaps this was inevitable. No league in the world reinvents itself as consistently as Major League Soccer, seeing its level of play grow exponentially in the last decade. This improvement means the league’s best teams can’t get complacent. If they do, they risk the rest of MLS passing them by.