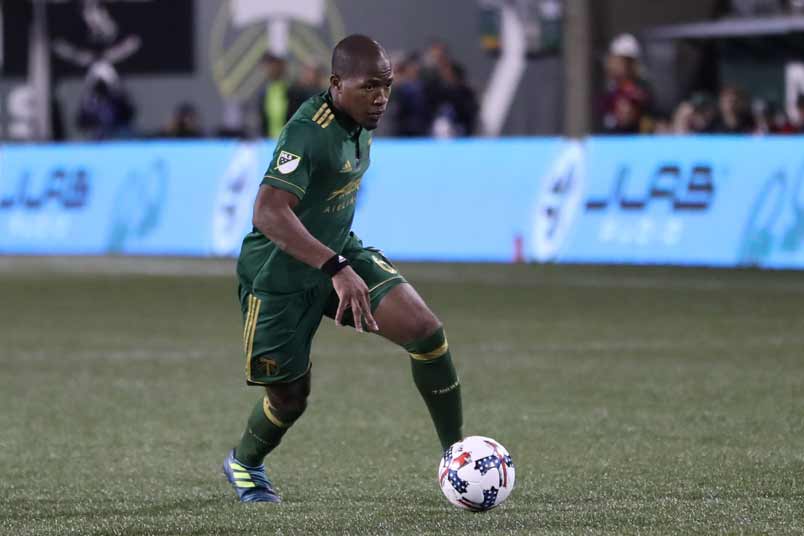 By Jeff Rueter – SAINT PAUL, MN (Feb 1, 2018) US Soccer Players – A month out from the start of the 2018 MLS regular season, the flurry of transactions hasn’t shown any signs of slowing down. We’ve already seen some highs and lows across the league. Montreal swapped loanee Blerim Dzemaili for a permanent transfer of Bologna’s Saphir Taider. Atlanta United set an incoming transfer fee record by signing Ezequiel Barco. On the low side, NYCFC sold Jack Harrison to the City Group anchor club in Manchester. Then there’s the drawn-out breakup between Orlando City and Cyle Larin as he moved to Besiktas.

Drafted first overall by Orlando in 2015, Larin had been living with itchy feet for nearly a year, once rumored to be Romelu Lukaku’s replacement at Everton. However, his rookie deal would prove to be a major point of contest, as two club-options are mandatory in the league, but not recognized as binding in FIFA’s eyes.

Most first-round picks end up on two-year deals with two club-options, or some combination of fours years in total. Once a player qualifies, that doesn’t mean they can decide their next move for themselves. As part of the last collective bargaining agreement, MLS granted its players conditional free agency if they were 28 years old and had played eight years in the league. That 28/8 rule was a step forward in giving veterans control over their career paths, but it’s still an incredibly limiting model. This winter, only 37 players met these standards.

The rule won’t change until the next CBA, if at all, but another mechanism for offseason player movement is starting to become more prevalent as an alternative. Since Toronto FC lifted the MLS Cup, there’s been a significant number of noteworthy trades across the league. In many cases, these moves were forced through by the players.

While he met the minimum requirement for full free agency, Sacha Kljestan (32/8) was able to relocate to Orlando ahead of the completion of his current contract. Meanwhile, Columbus Crew teammates Ola Kamara (28/2) and Justin Meram (29/7) landed with the Galaxy and Orlando, respectively. Across the City of Angels, LAFC landed an attacking threat of its own in Benny Feilhaber (33/7) while fortifying its defense by bringing in Walker Zimmerman (24/5) from FC Dallas. After years of toiling in Eastern Conference obscurity, Philadelphia struck in a big way by acquiring David Accam (27/3) from Chicago. Most expensively, Darlington Nagbe (27/7) left a Portland side in transition to become another cog in Atlanta United’s potent attack.

Every offseason, players are traded for each other as teams reshuffle their deck. What’s changed is the return for these players measured in sizable amounts of allocation money. That didn’t exist before 2015. Allocation money’s purpose is to help teams acquire talent from outside of MLS without completely rocking their salary cap, either to supplement salaries or transfer fees. Many teams will use most of their allocation funds for this purpose, but it’s also helped small-market teams.

After struggling to acquire a big-ticket player from a European league, Philly moved a lot of allocation money for Accam. Minnesota United has yet to sign its first designated player, but sending allocation money to other teams has helped it build its core, including Ethan Finlay (then-27/6) and Kevin Molino (then-26/2).

As teams have more flexibility to make moves, it means that players can make clear their intentions for a departure. Teams can then facilitate that move while still getting a return. Right now, Lee Nguyen (31/6) is trying his hand, clearly dissatisfied with the New England rebuild. Of course, a team still has the final say in these instances. New coach Brad Friedel has made it very clear that he plans to build the attack around the US international.

Unless MLS free agency becomes a more inclusive process, teams like the Revolution will continue to face the headaches of want-away stars. That remains an issue for collective bargaining. Meanwhile, it’s MLS clubs, players, and agents pushing the limits of the current model.

While inter-league moves may usually get less of the spotlight than their international counterparts, the pivot to using league-allocated funds as a trading mechanism has changed things. That’s good for players and fans of this league. Where MLS itself stands is an interesting question.