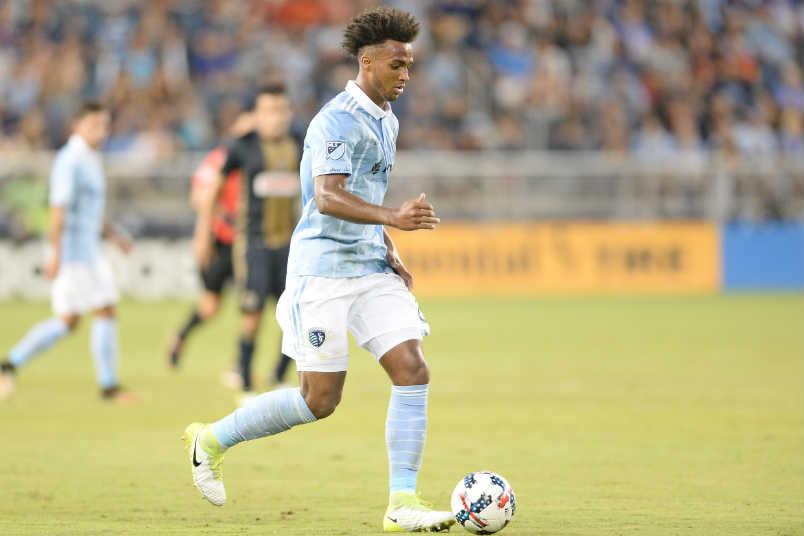 By Charles Boehm – WASHINGTON, DC (Feb 16, 2018) US Soccer Players – A war is quietly raging inside Major League Soccer. It’s one that could have an enormous effect on the USMNT in both the short and long terms.

On one side stands a band of clubs and executives who remain cognizant of the league’s founding principle of featuring and improving homegrown talent for the benefit of US soccer as a whole. They’re proudly preaching the “play your kids” gospel for both club and country.

On the other, a group tired of dumping millions of dollars into the chaotic world of youth soccer without enough of a clear and obvious return on investment. The millions spent on academies and infrastructure can go to signing players from abroad, they argue, with a more immediate payoff. That’s the quality of the product on MLS fields and the viability of their businesses, most of which still don’t make much profit if any.

These two factions have circled one another uneasily, waging proxy war via debates over the league’s convoluted roster rules and various forms of “allocation money” spending. In the wake of 2017’s World Cup qualifying heartbreak, the rhetoric is building.

The US Soccer Federation and MLS tend to have a close relationship, especially when it comes to matters of youth development. So the words of criticism from the Federation’s top youth national teams coach were surprising during a session at the United Soccer Coaches Convention in Philadelphia last month.

“This is a problem that we have. At this point MLS is by percentage the league that plays the least amount of domestic young players,” said USSF youth technical director and U-20s head coach Tab Ramos in response to a question from the audience at his presentation. “I think they play something like 3 percent of the minutes, or 5 percent of the minutes. It’s really low. And considering how successful we are, sometimes it upsets me.”

MLS and USSF have generally worked hand in glove on the youth front since the Development Academy began a decade ago. In fact, that US Soccer-operated national youth league has been so welcoming to MLS academies as to prompt simmering frustration among non-MLS youth clubs who see the Fed as funneling talent towards MLS at their expense.

As the longtime leader of the U-20s program, Ramos sees it from a different angle. He also holds a stable enough position within the Federation to feel comfortable speaking out. As he went on to explain, over the past year or so he’s watched his team win their first-ever CONCACAF Championship before making a run to the FIFA U-20 World Cup quarterfinals before falling to eventual champions England.

Yet despite that solid body of work in 2017, he believes some of his MLS-based players have gained little reward for it at club level.

“I watch Erik Palmer-Brown, our captain of our U-20 national team, win the player of the tournament in CONCACAF, playing out of position, really, because he’s a center back, but he’s so good that I decided if we put him into midfield it’ll be better for him… he’ll be like a Yaya Toure in the center of the field,” continued Ramos. “But I think in general our professional game doesn’t believe that. They don’t believe we have a Yaya Toure, and why not? Why don’t we have that? Erik Palmer-Brown has all the qualities to be that guy, and yet he goes back to his MLS team [Sporting KC] and he doesn’t play at all.”

The retired USMNT legend and three-time World Cup veteran pointed to the growing practice of MLS foraging for talent in the CONCACAF region while not, in his eyes, recognizing the talent at home. “This is something we’re discussing, it’s not knocking MLS, it’s something that we have to solve because we’ve grown so much,” he said. “But we have MLS signing young players from Panama, and from Costa Rica, and I sit there and go, ‘wait a minute, we beat all those teams, we have better players. Why isn’t it our guys that are playing? So it’s difficult. We actually have a meeting about that later today with MLS.”

Ramos is hardly the first to note this rising dependence on foreign acquisitions and the obstacles that tends to place in front of young domestic products. By some measures, MLS is one of the worst major leagues in the world when it comes to developing young talent.

Some, like Bruce Arena, have suggested that MLS should consider mandating minimum amounts of first-team playing time for homegrowns or other young domestics. Others suggest a carrot-not-stick approach to reward those teams who do well, rather than setting quotas with potentially undesirable side effects.

In the meantime, some of the country’s top young prospects are dodging MLS altogether, from Christian Pulisic and Weston McKennie to Josh Perez, Josh Sargent, and beyond. Their message along the way surely resonates with their peers and younger counterparts, and should concern those in MLS executive offices.

“It’s a little bit difficult when you start in MLS and you try to come to Europe,” McKennie, a product of FC Dallas’ vaunted academy who flew the coop to sign his first pro contract Germany’s Schalke, told ESPN last month. “If you have the opportunity to come to Europe, I would say for me, how I did, 100 percent take it. If it’s the right choice, if everything fits and if everything makes sense, I would say come. Because you don’t want to start in MLS and always have in the back of your head, ‘man, could I have made it over there?’

“I didn’t want that. I figured if I can come over here and be successful here, playing at the top level against Champions League quality, against World Cup winners, then I believe I can also go back to the MLS at some point, if say I wanted to finish out my career or become injured or something. If I have to go back, then I’m able to, you know… The Bundesliga is a better league than the MLS.”

FC Dallas has already shifted its youth-centric strategy in the wake of the painful loss of McKennie, signing their homegrowns at younger and younger ages to underline the club’s commitment and keep them from going abroad for free. Can league rules and regulations staunch the bleeding? Or is a deeper, more philosophical change needed?

This is the question for many of those tasked with growing more and better US players. We can expect it to hang heavy over the USMNT even after they hire a new coach at some point this year.

“It’s an ongoing discussion, we’re meeting every month and a half or two to try to solve that 18-to-22-year-old age group, where our players need to be playing and they’re not,” said Ramos in Philly.

“I’m not sure if that’s going to lean to MLS having to have American players on the field or not, I don’t know what it’s going to lead to. But I know that in order for us to do well at the next World Cup, we need the help from there. We have the quality of players, I’m not worried about that. I can tell you that Tyler Adams is ready to play for the first team. He’s ready. Kellyn Acosta has already been there. Weston McKennie is ready to go. Josh Sargent is a little bit young, but Christian is only 19. These guys are ready.”