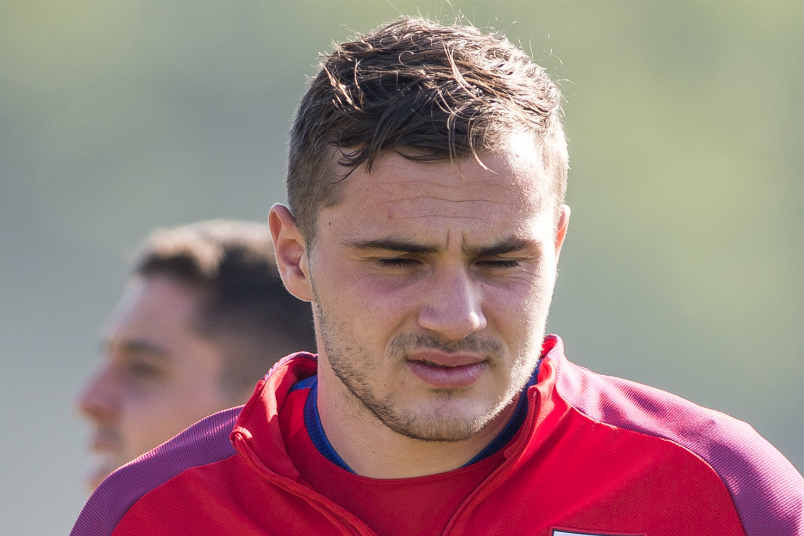 By Jason Davis – WASHINGTON DC (Mar 14, 2018) US Soccer Players – Traditionally speaking, it doesn’t take much to derail an MLS season. A decided lack of depth beyond the first 11-14 players on the roster meant that losing even one or two starters for protracted periods of time could lead to a string of bad results. The safety net in Major League Soccer is significant thanks to six playoff spots available in each conference. However, a loss or two that might have otherwise been a win with a fully healthy team can be the difference between 1st-place and the playoff bye that comes with it and 5th-place which means a road single-elimination game immediately following the season finale.

When teams lose a key player to an early season injury, they have scramble to replace his production. That comes after months spent designing a system that centers around that player’s abilities. Already in 2018, two clubs are dealing with scenarios that threaten to ruin their campaigns just as they’re getting started thanks to torn ACLs: the Seattle Sounders and Minnesota United.

The players in question are both attacking cogs, striker Jordan Morris for Seattle and attacking midfielder Kevin Molino for Minnesota. Morris suffered his injury even before the MLS regular season began, in a Concacaf Champions League match against Santa Tecla in February. Seattle’s attack boasted Morris, Clint Dempsey, Nicolas Lodeiro, and new addition Magnus Wolff Eikrem. A bad step on the artificial surface in El Salvador altered their plans.

In 2017, the Sounders did what any smart MLS team must do in the modern era of the league. The tools to add quality backups have never been more plentiful. Morris missing the entirety of 2018 hurts, but Seattle was already prepared to deal with his absence. Will Bruin filled in admirably when Morris missed significant time last year, scoring double-digit goals and helping the team to the MLS Cup final.

Morris missed the last six games of the 2017 regular season and all but the final. The Sounders know how to play without him. There won’t be any panic in the Northwest.

Minnesota’s situation is different. The Loons are only in their second year as a franchise. They aren’t spending as much. Building the roster out slowly meant expectations were low coming into the new year, but that didn’t preclude the fans from expecting improvement.

Through two games, Molino was United’s best attacking player. The Trinidad & Tobago international scored twice in the opening day loss to San Jose and provided an assist to Ethan Finlay for Minnesota’s first goal against Orlando in week 2. Playing Molino in the middle was paying early dividends for Adrian Heath in a team not rich in influential attacking talent.

Now the Loons must scheme a way to either paper over the crack caused by Molino’s injury or sign a suitable replacement before the primary transfer window closes on May 1. Bringing somebody in will require allocating funds, either the real world or the MLS allocation kind. Considering United’s approach to this point, the club might be able to justify holding firm and simply tweaking the formation, at least internally. How the fans respond to any attempt to weather 2018 without a central creator could be a different story.

Lee Nguyen still wants out of New England. The Revs remain quiet over any possible trade of the attacker, though an additional bidder added to the mix might be enough to draw them out. The cost will be steep. Nguyen is 31 to Molino’s 27, meaning the investment won’t be for the long-term future.

Morris and Molino are out thanks to the fragility of the human knee. A couple of other clubs who are missing big names, for the time being, are grateful their stars have better prognoses.

A muscle injury to Romain Alessandrini in week 1 eliminated the Galaxy’s 2017 MVP from consideration against NYCFC on Sunday. It’s anyone’s guess if the result at Yankee Stadium would have been different with him in the lineup. Galaxy coach Sigi Schmid surely wants Alessandrini back as soon as possible. Schmid indicated that Alessandrini might be ready for the week 3 match against Vancouver.

Bringing one of their most important players back slowly is advisable since muscle injuries can sometimes linger if a player rushes back. LA is already feeling better about themselves after opening the season with a win. The need to speed along Alessandrini’s return isn’t as pressing as it could be despite the clear difference he makes when on the field.

Kellyn Acosta’s return to FC Dallas is still weeks away. The USMNT player required surgery for a sports hernia ahead of the season and won’t be back for another three weeks. The difference between Acosta’s situation and those of Morris, Molino, and Alessandrini is that Dallas knew they wouldn’t have their midfield leader to start the campaign, though that’s probably not much comfort for coach Oscar Pareja. Already FC Dallas has crashed out of the Champions League to Tauro FC of Panama and dropped points at home against RSL in week 1.

FCD’s depth at Acosta’s position comes in the form of a couple of players, 26-year old Victor Ulloa and 22-year old Jacori Hayes. Ulloa is a homegrown player who has been around MLS for eight seasons and has over 100 appearances for the club. He’s not as dynamic as Acosta and isn’t the same goal threat, but he is capable. Hayes is only in his second year out of the University of Maryland.

It’s early, but already injuries are impacting the MLS season. Some in big ways, with long-term effects, and others for shorter stretches that clubs must navigate. Real depth is on the rise in MLS. That changes the expectations for each and every club hit by a big injury to a first choice player, Now, it’s about their ability to not just plug the hole, but to thrive while doing it.