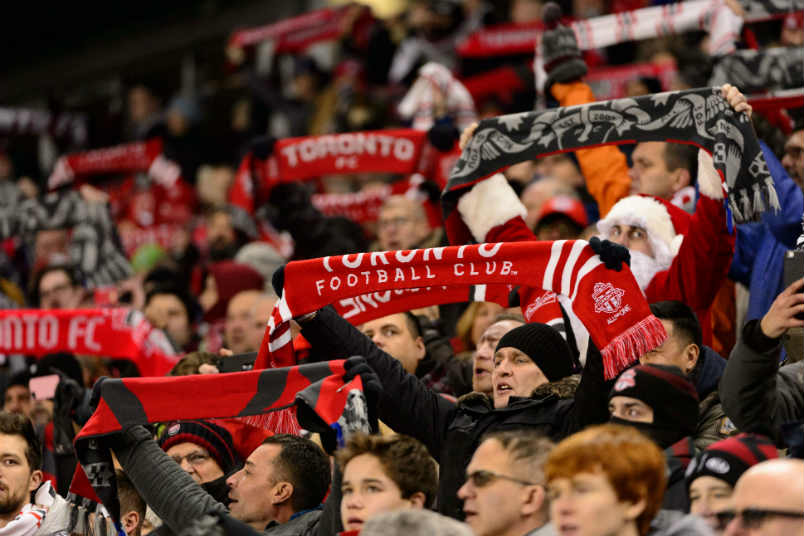 By Jason Davis – WASHINGTON DC (Mar 28, 2018) US Soccer Players – Club identity is a difficult thing to pin down. Even a wordy description of a club’s character is likely to be nebulous and non-specific, especially in areas that go beyond the field.

A club’s identity is mostly a function of tactical approach and success. Winning and losing is the simplest measures of any team and a natural place to begin with identity. Win consistently over a long enough period of time, and identity takes care of itself. Win in a specific way – say, with a stingy defense and a penchant for physical play, to name just one possible approach – and it’s easy to pin down a club’s character.

There are several other paths to identity, but they require a commitment to ideals that might not necessarily provide for the best chance at winning. That’s a problem in MLS. The league’s structure prevents an elite class of dominant clubs from forming. It also provides poor performers a chance at a quick turnaround. The MLS model isn’t about dynasties.

Very few clubs have the resources to be a consistent winner. MLS makes it nearly impossible to count on protracted success. That means most clubs never even form an identity at all. Even into the league’s twenty-third season, MLS has a problem with teams being indistinguishable from one another.

Those that do manage to stand out have another problem. Carrying over whatever identity they can cobble together when change comes to players, front office leadership, and head coaches. Identity is the sum of many people’s efforts, but can easily fall apart if those people move on.

The most facile view is that identity ties closely to ownership and its philosophies. If a team has an owner committed to spending money on big name players in the pursuit of championships, that commitment can conceivably survive a change in GM or head coach. The Galaxy is the most obvious example of a modern MLS club with an approach that transcends on-field leadership, though even LA has pivoted away from a slavish devotion to flexing financial muscle at every turn.

Or, maybe it’s just the last place finish and the shine coming off of the Galaxy that eroded to club’s identity in the popular view. LA has never played without a full complement of Designated Players and still maintains one of the largest payrolls in the league. The failure of last year notwithstanding, the Galaxy remains in select company.

LA’s problems stemmed from an inability to transition smoothly from the Bruce Arena era. When Arena stepped down as Galaxy general manager and head coach before the 2017 season, the club scrambled to fill both of his roles. Promoting from within, they installed Peter Vagenas as GM and Curt Onalfo as head coach. Both were out by the offseason.

It’s possible that the Galaxy will reclaim its identity in the very near future. The signing of Zlatan Ibrahimovic speaks to the club’s somewhat unique recruiting strength. MLS provides plenty of opportunities to rebound from a bad season. For the time being, however, the bloom is off of LA’s proverbial rose. Regime change threatens identity.

The current darling of MLS is Supporters’ Shield and MLS Cup holder Toronto FC. The Reds built themselves into a triple-trophy winning team by bringing on smart MLS people like GM Tim Bezbatchenko and head coach Greg Vanney and through an investment in the on-field product. The willingness to spend led to Seb Giovinco, Michael Bradley, and Jozy Altidore. Long a laughing stock of the league, TFC is now the embodiment of a well-run club whose place in the discussion for championships seems secure.

What happens if Bezbatchenko leaves? Or Vanney? What aobut their core group of players? There are no guarantees that Toronto will keep the group together. Club identity requires more than a run over a few seasons. It can be fleeting enough to disappear if or when those key figures are no longer with the club.

Not all identities are good, just ask Arsenal fans, but they serve an important purpose. Identity is part of the draw fans feel towards a club, part of what makes throwing support behind one team over another appealing. Even fans who pick their favorites solely based on geography grow closer to their teams through an identity they view as unique and personal.

There is a legitimate question work asking about MLS’s wider interest in identity. What we point to as a weakness, MLS might actually see as a strength. Strength or not, it’s difficult to foster independent personality among clubs when the rules restrict the most obvious mechanisms for creating it. No team in MLS will fully commit to being a “selling” club with a focus on development as long as it’s possible to sneak into the playoffs in 6th-place and have a fighting chance at an MLS Cup title.

Allocation money is rapidly changing the league as a host of talented new players arrive in MLS. With DP rules, discretionary TAM, and whatever future complications to the salary rules the league dreams up, perhaps there’s a chance for the widening gap in ambition to provide more individual identities.

The real test of that identity will be whether clubs can maintain it in the face of change. An identity that transcends people is the only real identity.