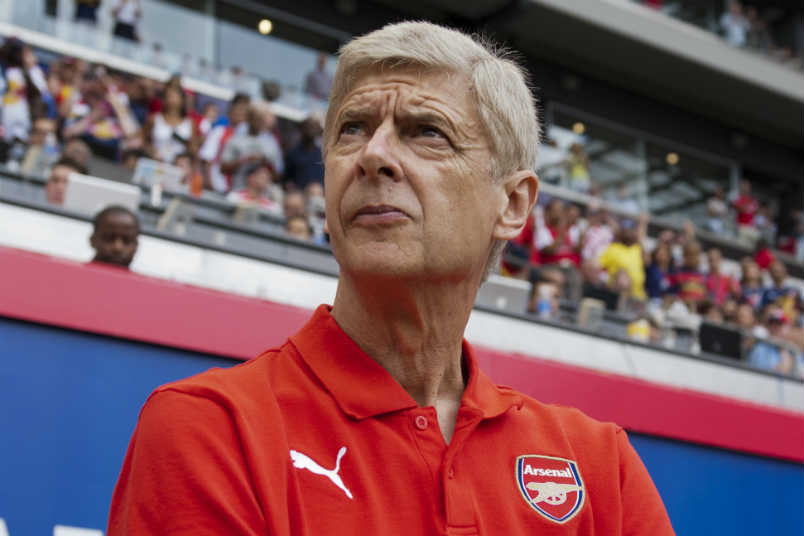 By Jason Davis – WASHINGTON DC (Apr 25, 2018) US Soccer Players – There aren’t many things that tie Arsenal Football Club to Major League Soccer. Even Stan Kroenke, investor/operator of the Colorado Rapids in addition to majority shareholder at Arsenal, doesn’t mean much on the field or in the stands. The Rapids and Gunners have that link in the boardroom and nowhere else of consequence.

Two key figures in the famed Arsenal sides of the early 21st century have worked in MLS. Thierry Henry’s stint playing for the Red Bulls ended four years ago. The other is Patrick Vieira, a man who turned to coaching when his playing career ended and landed in New York thanks to City Football Group. Vieira did not hesitate to take a youth coaching position at Manchester City, which afforded him the chance to jump across the Atlantic when NYCFC needed a new head coach.

With the recent news that Arsenal manager Arsene Wenger is leaving the club after 22 seasons in North London, speculation is rampant that Vieira is a leading candidate for the position. It makes plenty of sense that Arsenal would want to move into a post-Wenger existence with some of his legacy carrying the club forward. Vieira’s status as a legend at Arsenal who played in Wenger’s bests teams could provide a soft transition in an era when changing a long-serving manager is more than enough to spin a club out of control.

The pressing question surrounding Vieira’s candidacy is whether he’s ready for a move into the Arsenal spotlight after two-and-half seasons in MLS. He might seem the perfect candidate in many ways, but there’s a real reason to worry that coaching in MLS isn’t enough preparation for what he’ll deal with at Arsenal.

Vieira hasn’t won anything in MLS despite having one of the league’s highest payrolls. His record in the playoffs, the type of intense, two-legged competition the likes of which he’d hope to face with Arsenal in Europe, is questionable. The small sample size suggests it’s unfair to judge Vieira. Still, it’s the only evidence to go on, and Arsenal can’t help but notice.

Whatever the debate about his credentials, it’s interesting to consider whether MLS should want Vieira to get the job. Arsenal is among the most famous clubs in the world, so to have a former MLS head coach move directly into a position as its manager would presumably reflect well. Vieira’s example might help MLS improve its reputation as a “stepping stone” league, not just for players but for coaches as well.

At least a portion of the soccer world would view MLS as less important to Vieira’s ascension to the Arsenal manager’s position as his history with the club. It would be difficult to imagine he’d even be under consideration without any first-team head coaching experience at all. No matter how strenuous the attempts to minimize his time at NYCFC, MLS would stand to earn at least some of the glory.

Wenger’s departure from Arsenal opens a door for Vieira. Whether or not the NYCFC head coach gets the chance, it also opens a door for MLS. Wenger has given no indication that he intends to retire, making his destination another area of speculation.

Wenger is 69, not an age when most coaches are looking to take on significant challenges. The international game is available, especially post World Cup, a natural fit for a coach entering his twilight. Wenger will not want for job offers, regardless of how things ended at Arsenal. He maintains a reputation as a coach who can tease beautiful attacking soccer out of his teams.

If Wenger is not ready to trade the day-to-day influence of coaching the club game for the lower effort international game, why shouldn’t MLS be an option? Though no MLS club is obviously in need of a head coach at the moment, Wenger’s availability this summer is an opportunity.

The head coach position remains an under-exploited area for MLS growth. Gerardo Martino’s hiring by Atlanta United represents the first time in modern MLS history that a club took a shot at a big-time, well-respected foreign manager and secured his services. United landed Martino in part because they were willing to pay, but also because of the possibilities of building something unique in America. The league’s profile has grown enough that attracting a coach with a resume that includes Barcelona and the Argentina national team makes sense.

Admittedly, Wenger is an even bigger name than Martino. Wenger’s eyes could easily turn to a post-World Cup France or to a job somewhere in Ligue 1. Clubs anxious to build world-class academy systems and create distinct playing identities may throw rich offers at Wenger that would push any MLS offer out of the picture.

However, MLS doesn’t have any public rules limited a coach’s salary. Atlanta United launched yet another new era in the league, something that others will have to follow. A host of clubs in desperate need of a boost both on the field and in the marketing arena should see the potential. After all, England’s “cult of the manager” certainly applies in other American sports both professional and college where the head coach is king.

Wenger is an idealist, married to the idea of playing flowing, beautiful soccer. There may not be any significant competition in the world where manifesting those ideas in a team is more of a challenge than MLS. With that challenge comes great satisfaction, however. Unlike at Arsenal, Wenger could operate without constant questions about his future. MLS would be happy to have him. And rightly so.