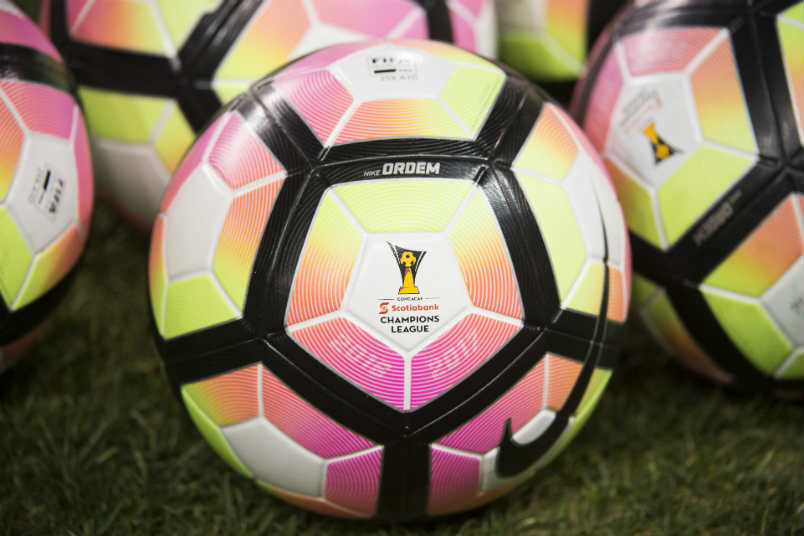 By Clemente Lisi – NEW YORK, NY (Apr 2, 2018) US Soccer Players – The Concacaf Champions League resumes this week with the first-legs of the semifinals. It’s also the resumption of the MLS vs Liga MX story, one that almost always favors Mexico. While the other Champions League will be getting most of the attention this week, it’s in Concacaf where MLS teams will once again try to stop a Liga MX club from lifting another trophy.

From an MLS perspective, the revamped Concacaf Champions League is working in their favor. The presence of Toronto FC, the defending MLS Cup champions, and the New York Red Bulls, one of the league’s original franchises in its largest TV market, has renewed interest among American and Canadian soccer fans. It’s not going to be easy for either of them.

Pitted against Toronto is Mexican powerhouse Club America, who play the first-leg of their home-and-home series on Tuesday at BMO Field. The Red Bulls, meanwhile, travel to Chivas, arguably the most-famous club south of the border, the following evening. It’s expected to be a difficult series for both MLS teams. While MLS clubs have struggled to take the trophy in the decade since Concacaf adopted the league format, it’s not unprecedented that a team reach the final.

Real Salt Lake and the Montreal Impact both reached the championship game in recent years, only to lose to a Mexican opponent. The past can often inform the present. The success, and indeed the mistakes, those teams made could serve as a valuable lesson to both Toronto and New York as both try to reach the coveted final. Here are three valuable lessons Toronto FC and the Red Bulls can take with them this week.

Secure a win at home

In 2011, RSL reached the CCL final, only to lose the series to Monterrey 3-2. The first-leg in Mexico ended 2-2. RSL lost 1-0 in the second-leg at home. While Real Salt Lake had a strong team at the time, Monterrey was a formidable opponent. They remain the only team in tournament history to remain undefeated throughout the competition.

RSL had been in the series until the very end. Winning at home remains key in a tournament like the CCL, no matter whether that match happens first or second. In the same competition that year, RSL won all its home matches at Rio Tinto Stadium, including a 2-0 victory in the first-leg of its semifinal series versus Saprissa of Costa Rica. RSL advanced through the knockout rounds without having to play an MLS team. That helped. What didn’t was their inability to get a result at home in the final.

A similar thing occurred when Montreal reached the 2015 CCL final. Drawing 1-1 at Estadio Azteca, the Impact had to be feeling good about their chances at Olympic Stadium. That home leg turned into a disaster, with Montreal giving up four goals and losing 5-3 on aggregate. The Impact had also previously never lost at home during their run to the final. This will be especially difficult for RBNY this time around given that Red Bull Arena may end up packed with an overwhelming number of Chivas fans from the New York-metro area. That would make the April 10 second leg feel like a road game.

The CCL conundrum each winter is trying to play competitively at the start of the knockout stage in February. MLS is still in preseason. Liga MX sides have been playing since January. It’s a hurdle that MLS teams often can’t overcome. They have, for the most part, this year.

Like Toronto, RSL had a strong roster in 2009. The team had won MLS Cup the previous season and as defending champions weren’t afraid to play both an entertaining as well as a physical style of soccer. The team, led by Alvaro Saborio, had momentum going for it, something that continued during the preseason. It was that swagger that got them to the final.

Montreal took a different route in 2015. Coming off of a last-place finish in MLS, they began their turnaround in the Champions League. The Impact would carry that momentum into league play, with the acquisition of strikers Dominic Oduro and Kenny Cooper as well as defender Marco Donadel and Danny Toia making the difference.

Don’t be afraid to play in Mexico

Road games are one thing, playing on the road in Mexico is another altogether. From the senior National Team to youth level, we are all aware of the pitfalls of playing on Mexican soil. From the searing heat to boisterous fans to high altitudes, it isn’t easy snatch a win against Mexican clubs playing at home.

While RSL only played against Liga MX sides in the group stage back in 2009, losing 5-4 on the road against Cruz Azul, they weren’t ready for the trip to Monterrey. What Kreis and his players encountered at the Estadio Technologico was 30,000 loud fans and police in riot gear patrolling the end lines. A 2-2 result was positive for RSL but not enough to secure the title.

While both Toronto and New York have had strong performances in Mexico this season, winning at either Club America or Chivas won’t be easy. Both teams play in large stadiums. The home fans will make their intimidating presence seen and heard. Getting any kind of result there would be an accomplishment, hopefully one that helps push an unlikely scenario. Two MLS teams playing each other for the Concacaf Champions League title.