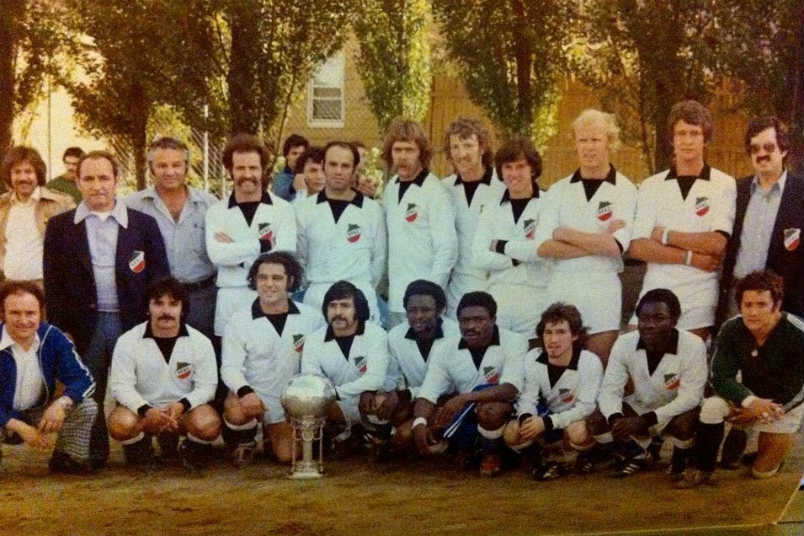 By Clemente Lisi – NEW YORK, NY (Apr 23, 2018) US Soccer Players – Much of this country’s soccer history finds its roots among the wave of immigrants who came to the United States. These newcomers had dreams of a better future, but never forgot where they came from. In many cases, they brought with them the love and passion for the world’s most popular game.

A great example of this was the growing Italian community that sprouted up across California, and specifically San Francisco, throughout the early part of the last century. The city’s greatest athlete may have been a baseball player named Joe DiMaggio, but many in the Italian community embraced both baseball and soccer at a time when few in this country did.

The center of immigrant life revolved around community and social clubs like the San Francisco Italian Athletic Club in the North Beach section, which has served for years as the city’s “Little Italy.” The club, founded in 1917, was originally named the Circolo Recreativo Italiano Virtus. Only after merging with other organizations did the club take on an English name in 1936. The fallout from World War II forced the club to drop the word “Italian” from its name, returning it in 1978.

The club participated in several sporting events over the years, but the pinnacle of its success came – no surprise – in soccer when San Francisco IAC won the US Open Cup in 1976 under coach Steve Negoesco. The victory came at a time when NASL clubs had declined to participate in the country’s oldest club competition. As a result, only amateur and semi-pro teams competed for the trophy. In the final, IAC defeated Inter-Giuliana SC, members of New York’s Cosmopolitan Soccer League, 1-0.

Known as the “king of West Coast soccer,” Negoesco’s University of San Francisco teams won five NCAA titles. He was one of the first coaches to recruit internationally and built the school’s program to include the construction of a soccer stadium. The 3,000-seat stadium, named for Negoesco, opened in 1982 and has also hosted home games for San Francisco FC of the Premier Development League as well as US Open Cup matches over the years. Negoesco’s teams won five NCAA titles. IAC’s Open Cup victory in 1976 marked the first time a club team from Northern California had captured a national trophy.

“I think back to those days and I think we did the best we could with what we had,” Negoesco said in an interview with the university’s YouTube channel in 2014. “To me, that’s the payoff. I mean we didn’t just play, we did well.”

Negoesco’s IAC roster featured several players from the University of San Francisco. Midfielder Andy Atuegbu, a native of Nigeria, played at the school from 1974-77. In between, he featured for IAC, scoring the winning goal in the final. It wasn’t the only winning goal he’d score that year. It was Atuegbu’s goal that won the University of San Francisco the NCAA crown, a 1-0 result against Indiana. That earned him the nickname “Amazing Andy” by Bay Area soccer fans.

Named to the NCAA Team of the Century by Soccer America, Atuegbu would go on to play pro for the NASL’s Oakland Stompers and Edmonton Drillers before ending up in the MISL playing indoor soccer with the Hartford Hellions and San Francisco Fog. Atuegbu ended his career with the amateur Greek-American AC, where he helped the San Francisco-based team win the 1985 US Open Cup.

On the sidelines, Negoesco’s 544 NCAA wins and US Open Cup victory cemented his legacy as one of the greatest coaches this country has ever seen. In 2003, he was inducted into the National Soccer Hall of Fame as well as the NSCAA Hall of Fame.

“I see Steve with a glass of Merlot, about to unload on a story,” Sigi Schmid, whose UCLA teams battled USF for California supremacy in years past, told Soccer America in 2000. “You just sit back and relax, listen to the story… You know, he’s such a unique, colorful individual. If he was in a more mainstream sport, he’d probably be an icon like Yogi Berra – with his different way of saying things, his expressions – a Casey Stengel-type of guy.”

IAC’s US Open Cup victory remains a source of great pride among club members. Soccer also remains an integral part of the club. The club folded its men’s team in 2003 but returned five years later to the San Francisco Soccer Football League, a local semi-pro circuit featuring teams from the Bay Area. IAC is a charter member of the SFSFL, founded in 1902 and remains one of the oldest local leagues in the country. It currently competes in the league’s Premier Division.

The Bay Area’s rich soccer tradition continues to this day in no small part because of IAC’s history and that magical US Open Cup victory over 40 years ago.