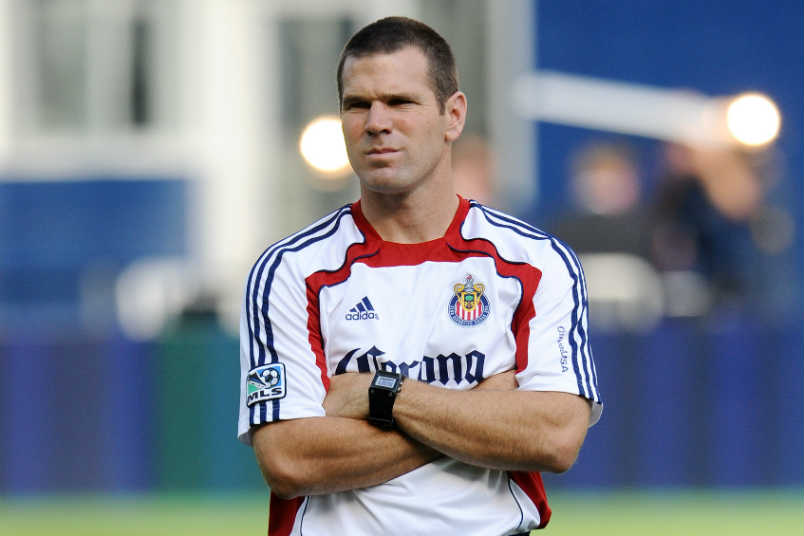 By Luis Bueno – RIVERSIDE, CA (Apr 18, 2018) US Soccer Players – The Concacaf Champions League final is at the halfway point. The drama will only ramp up in one week’s time when Toronto FC visits Chivas de Guadalajara for the decisive finale.

While this matchup is not a USMNT vs Mexico tilt, the MLS vs Liga MX pairing has brought forward plenty of emotions on all sides of the US border. In fact, because it is this particular matchup, this final series is just as loaded as, if not more, than an American team heading south of the border.

This one’s for you, MLS.

Toronto FC is carrying the MLS flag internationally. They’re doing it against a team that once upon a time had the strongest connection to Major League Soccer. The memory of Chivas USA still looms. Should Toronto prevail, there’s at least the feeling that the win would be part of the Chivas USA story. Maybe it will right some of the wrongs of that misguided experiment in cross-border appeal.

Well, if anybody chooses to make that connection. Hardly anybody misses Chivas USA anymore now that LAFC is around to provide a more-than-viable alternative to Southern California soccer fans. Still, it’s worth wondering what would’ve happened had Chivas USA worked. It did, however briefly.

That missed opportunity still looms. LAFC has the momentum and the stadium in a different era for MLS. LAFC has done everything right, from hiring to building a showcase stadium. Their approach is LA-centric. Back in the mid-2000s, Chivas USA was about a foreign club setting up shop in MLS. They played at the Galaxy’s stadium, expected fan support from people with strong ties to other Liga MX clubs, and sent decidedly mixed messages even when they were competitive on the field.

For MLS, the clock resets this season for the LA derby. For those with longer memories, there’s the ideal of an LA derby already firmly in place over a decade ago. The new foundation for years of intense and captivating derby matches is now in place, but it could have been happening all this time.

If there was any silver lining from the final disastrous seasons, it was the coaches who received an opportunity to guide an MLS team. Fraser took over in 2011 and brought Vanney aboard to assist. The two used what little resources they had at their disposal to piece together a team that improved during what was a transitional phase in the club’s brief history. Chivas USA went from title contender to bottom-dweller in 2010 and Fraser had the team on the brink of competitiveness in 2013, when investor/operator Jorge Vergera cleaned house. Fraser and his staff were out, the beginning of the end for Chivas USA.

Vergara meanwhile cut all ties with MLS after the 2014 season and focused on running his businesses outside of soccer as well as revitalizing a Chivas team that had not won a championship since 2006. Chivas toyed with relegation for a few stressful seasons but won the Clausura 2017 season after finding some stability within the coaching ranks. Even with a subpar showing in the Clausura, the club is on the verge of winning their first Concacaf Champions League in the modern era.

Toronto FC has their own success story to tell. While losing the first-leg by 2-1 at BMO Field on Tuesday was far from an ideal start, the series is not over. Toronto FC did well to head down to Mexico in the quarterfinal and semifinal rounds and leave with series victories. Now, the club does not have an advantage to carry them but the team remains focused and determined.

Lifting the Concacaf Champions League trophy is a Toronto ambition on behalf of MLS. It’s also an unlikely way to give a better ending to the Chivas USA story.