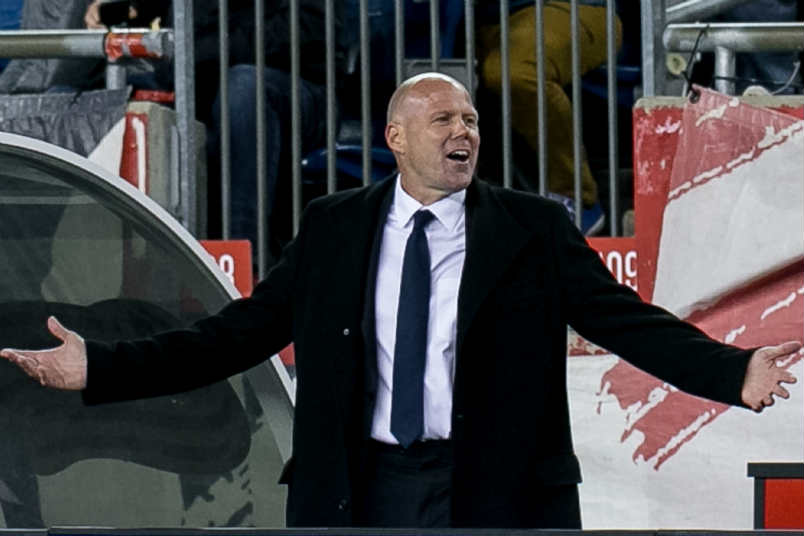 That’s the elite of both the Eastern Conference and MLS. You’d be hard-pressed to find anyone who disagrees that those teams belong at the top. Two other teams might deserve inclusion on their best days. Columbus, a club whose reputation has taken a recent hit due to a three-game losing streak. The Red Bulls, a team with talent and a plan coming out of a disappointing end to a Concacaf Champions League campaign.

Let’s also set them aside for the purposes of this discussion. At the very least, the Crew and the Red Bulls look like teams destined for the playoffs.

For all the intrigue the top teams in the East will provide as they jockey for position into the postseason, what about the battle among the remaining squads down the standings who will ultimately fill out the playoff field. The conventional wisdom suggests that there’s only one playoff spot on offer. That makes the race for 6th-place in the East the most competitive in the league.

The group vying to get in includes New England, a team in the midst of an identity shift under a new coach that has shown signs of real quality. Philadelphia, an organization riding a dependence on young players many hope to see rewarded. Orlando, a rebuilt side brimming with confidence after finally getting something close to its best lineup on the field. DC United, an MLS straggler in nearly every way that might look considerably different when the summer delivers a new stadium and potentially new big money signings. Montreal, a mystery of a club playing under a man with definite ideas in Remi Garde. Chicago, a playoff team in 2017 that has quite dramatically lost its way early in 2018

There’s little to separate those teams at the moment, though that’s not really saying much in MLS. Parity might not feel different, but there are wrinkles that make the situation for each team more interesting than in years past.

On paper, Orlando looks like the team to beat. Equipped with a host of new pieces, head coach Jason Kreis is slowly working out the kinks in a group still coming together. Sacha Kljestan’s arrival from New York was a positive, but it meant determining the proper balance in a re-worked midfield. The Lions strengthened the back line and handed the bulk of the goal-scoring responsibilities to Dom Dwyer in the aftermath of Cyle Larin’s messy offseason departure for Turkey.

A rough start gave way to a run of wins. That has Orlando looking like a strong choice to contend for a playoff spot for the duration of the season.

New England is one of two Eastern Conference teams with a new head coach. So far, Brad Friedel’s stewardship has yielded sporadic bursts of quality play and a controversy over the status of the club’s one-time best player. Friedel’s installation of a pressing game puts an emphasis on creating turnovers and punishing them with a quick attack. Through six games, New England has 10 points and a +4 goal differential to show for the switch. The Revs are better than they were in 2017. Who knows if that means they’ve improved enough to compete for the playoffs or if they’ve accelerated past other clubs in the conference who have also gotten better.

Lee Nguyen’s status is a distraction, if not something worse. A midfielder making $500,000 this season, Nguyen has yet to even dress for New England in 2018 after requesting a trade ahead of the season. The organization is intent on holding Nguyen to his contract. The messaging from Freidel that Nguyen just isn’t one of the best 18 players in the team at the moment undercuts both the hardline stance of the team and the 31-year old’s trade value.

There are too many unknowns to label the Revolution a playoff favorite. If they can keep up the current points-per-game pace and sort out the Nguyen issue, they could be the cream of the crop.

The most unknown of the group has to be DC United. With Audi Field under construction, United took on a schedule containing just two home dates before July. That means a difficult start to the season and the real possibility of being out of the playoff race before the new building even opens. The long process of securing a stadium in the District of Columbia discouraged the club’s ownership from spending significant money on the on-field product.

With the end of an interminable wait in sight, rumblings abound that United is on the verge of an ownership change and a breakout in spending. If United lands any of a number of DP targets linked with the club, it could help push them into the upper echelon of the conference. The looming question is whether or not United can get to July with enough points to have a chance.

Chicago finds itself lumped into a flock of mediocrity while coach Veljko Paunovic works to figure out how 31-year old Bastian Schweinsteiger can be both the Fire’s creative force and defensive backstop. So far the results are decidedly mixed. Chicago is getting by mostly on luck. Paunovic’s side doesn’t look much like a playoff contender at the moment.

Montreal just can’t stop giving up goals, though that’s partly a function of being on the road for five of the club’s first six matches. It’s cold up there in Quebec and there’s no real way of knowing just how competent Garde’s team really is now or further into the season. Jeisson Vargas is a bright spot, but change puts the Impact squarely in the “enigma” group.

And Philadelphia? The Union isn’t an enigma, it’s just a team trying to get by on the cheap and turning to academy products in the back line in the process. The attack is a disjointed mess at the moment, but there is clearly talent in the group. CJ Sapong took massive strides as a hold-up forward over the last few years and the team is wasting his effort. Philadelphia whiffed on a few signings and are now paying the price.

The Union needs to take big strides to get into the playoff mix, but stranger things have happened. If Jim Curtin can sort out some of the organizational issues and if the club spends some money in the summer, anything is possible.

Six teams in the East, maybe just one playoff spot available. Who will it be?