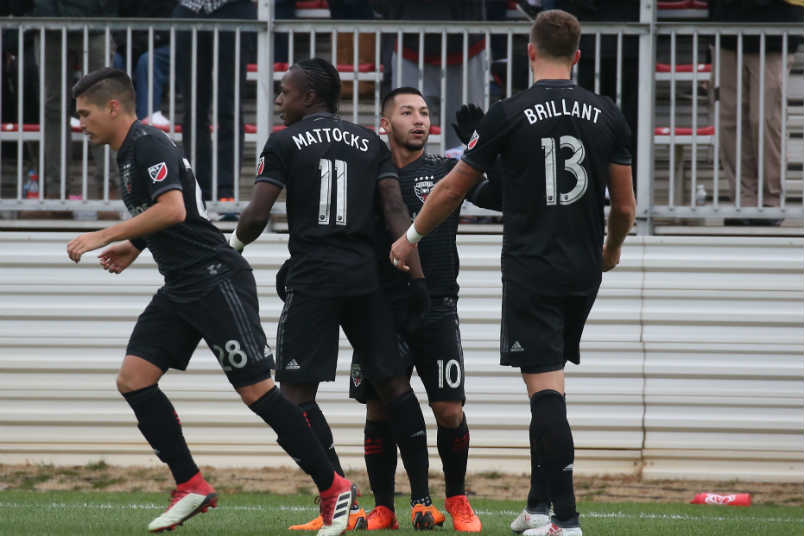 By Jason Davis – WASHINGTON DC (Apr 11, 2018) US Soccer Players – MLS is adding at least one new name to its group of investor/operators. Per reports from Bloomberg and Steven Goff of the Washington Post, new investors are stepping in to take over a majority share of original franchise DC United. Minority owner Jason Levien will increase his holding and remain the managing owner of the club, while current majority stakeholder Erick Thohir will exit.

The timing of the sale is interesting, as it comes just months ahead of the opening of United’s new purpose-built venue on the banks of the Anacostia and Potomac rivers in Washington. The long journey to a soccer-specific stadium in the nation’s capital came to an end with Thohir footing the bills and Levien pulling the strings of local government. To say it was a triumph would be an understatement.

On the field, DC has had issues going back several seasons. Spending on the team didn’t seem to be a priority as they finished their run at RFK Stadium. The club’s payroll has been near the bottom of MLS. To be fair to Thohir, the total outlay for the ownership group on Audi Field was a not-insignificant $250 million. The District of Columbia is chipping in $150 million. Though some outlets reported a specific number for the value of DC United for the purposes of the sale, it’s unclear if that assessment is accurate. Nor can anyone say just what the ownership change means for United moving forward.

A long-promised boost in spending upon the move to Audi Field has not yet begun. Right now, it’s not clear if new money means greater spending. What is clear is that something has to change if United wants to contend in their new stadium. The bloom came off the Black & Red rose a long time ago as United underwhelmed on the field and fell behind clubs both old and new on the stadium front.

Now, the expectation is change. The combo of new stadium and new investment will do that. It also increases the pressure on a team still trying to factor in the latest version of MLS. This is a league where investor/operators now spend well past the salary cap on player salaries as well as transfer fees to sign some of those players. It’s that transition that has left DC United on the outside.

What’s memorable about the Thorir era in DC United history will be Audi Field. Along with Levien, he accomplished something that seemed improbable. Not just a stadium for the league’s first dynasty, but one inside the District line half a mile from Nationals Park.

The sale of United represents a success for MLS. An original MLS franchise that struggled to land a stadium deal finally did. That attracted new interest from big money investors. On the back of Arthur Blank’s splash in Atlanta and the rise of clubs in Orlando, LA, and elsewhere, the value of MLS teams across the country is on the rise.

MLS is climbing the ladder of relevance, but it still has problems. Clubs in several important markets are struggling to keep increasingly disaffected fans engaged. A lack of ambition or resources is holding back clubs, creating a clear distinction between willingness to spend and willingness to wait. Those teams playing the waiting game know that there’s the built-in advantage of MLS parity and sneaking into a playoff spot. How long that scenario continues to play out is the question.

Being an investor/operator in MLS is changing. It doesn’t seem reasonable to expect a turnaround in fan support and general appeal without a willingness to compete financially. The league’s roster and salary rules are further tilting the competitive advantage to the richest teams, which makes any alternative path less-than-appealing to fans who demand playoff appearances and championships.

Is there a breaking point for MLS teams that aren’t competitive? The league can’t expect every team to content each season, but we’re seeing what a lack of success can do in MLS markets. We’re also seeing interest in specific clubs that might not be there for others.

MLS wants to improve quality to attract new fans and compete on the international stage. There’s a price attached to that some teams are unwilling to pay. The league can only hope that a majority of its teams take advantage of the opportunities to spend beyond the salary budget and raise the level of the soccer.

In those cases where owners can’t, or won’t, spend the extra money, it’s up to the fans. They’ll either make peace with a budget-minded approach or simply stop showing up.

In most cases outside of the US and Canada, that would be a club’s choice and nothing more. There’s no safety net for clubs in a system where they can face relegation. Single-entity subverts that model by design, but has MLS itself subverted single-entity? That’s the current question for a league built as a business model where there’s now plenty of pressure on investor/operators to spend.