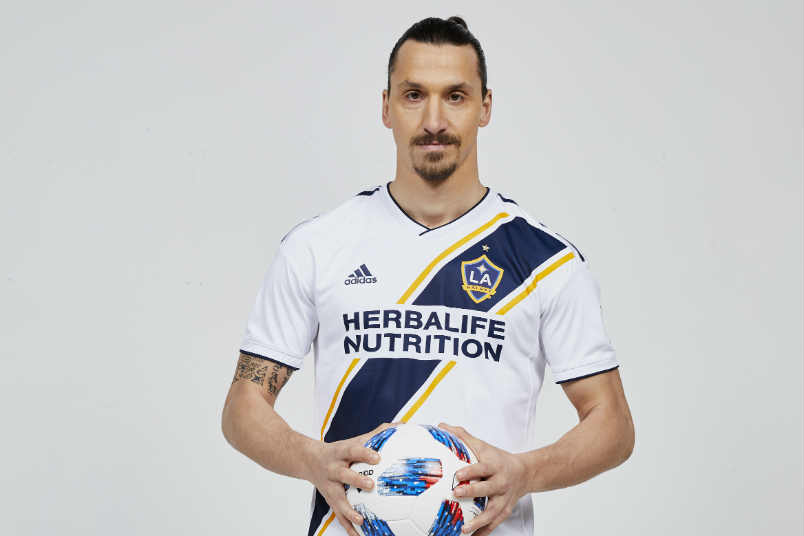 By Charles Boehm – WASHINGTON, DC (Apr 6, 2018) US Soccer Players - Soccer in America long ago matured past the point of needing any sort of tipping point, “World Cup bump,” superstar arrival, or other external assistance to thrive and grow. Right?

I’ve grown accustomed to arguing that point over the past several years. It just seemed like an obvious reality of the sport’s progression here. So when Zlatan Ibrahimovic’s spectacular MLS debut on national TV dazzled millions from coast to coast, earned mainstream media coverage, and drew eyeballs from across the planet towards American soccer last week, I watched with no small amount of wry bemusement. It seems our bright-eyed bullishness needs some second-guessing, just like most everything else in these tumultuous times.

Sure, soccer on these shores is here to stay, no matter what foreign stars wash up, or whether or not Major League Soccer even lives or dies. It’s part of the culture now, even if not as deeply and centrally positioned in said culture as we might like. However, when a 36-year-old with a nagging knee problem draws about as much exposure in a 19-minute substitute appearance as the entire pro league has over the past several months, it points to some uncomfortable truths.

Zlatan, of course, is a phenomenon unto himself, a world-class player and larger-than-life personality who talks big and usually plays even bigger. Even in the twilight of his career, he’s a walking highlight reel and quote machine all rolled into one. He manages to pull off the rare feat of being both incredibly arrogant and deeply endearing, a Chuck Norris joke come to life. Should that knee hold up, he could well influence MLS on nearly the same scale as David Beckham did, despite being an older arrival to a bigger, stronger league.

As a fairly grizzled observer of our domestic scene, however, I can’t help but ask why the league still struggles to produce its own stars of similar wattage. It’s not that the Ibrahimovic of today is that much better on the field than anyone in MLS. Storybook debut aside, he’s still got a long way to go to surpass the league’s most established and reliable attacking performers, at least if we’re using actual production in MLS action as an objective barometer.

How many players in the league’s history are one-word household names to mainstream audiences, though? How many have gotten the full SportsCenter treatment that Ibrahimovic did this week? Is the league really doing the best possible job of fostering an environment where those kind of stars can rise, then shine?

It’s obvious that Zlatan’s fame comes from his exploits on the world’s biggest stages. He’s won titles in nearly every one of Europe’s top leagues, making dazzling plays and bold proclamations along the way. It seems unlikely that the US sports media – much of which remains doggedly leery of the beautiful game – would celebrate someone who excelled to a similar extent in a strictly American context, as unfair as that may be.

So whatever doubts Don Garber may have about it, the MLS-to-Europe pipeline isn’t going away. Hopefully he and the rest of MLS’s executive leadership will set aside their instinctive discomfort with exporting talent soon. Because in a more holistic view, guiding young talents like Tyler Adams, Kellyn Acosta and Erik Palmer-Brown to bigger stages is a value-added proposition for the system that creates them, not just for the national team but the entire landscape.

On a deeper level, American soccer culture remains a tough place for aspiring Ibrahimovics to take root and blossom, too. Suspicion of skill and swagger still lingers at the grassroots, particularly where the Anglo-centric suburban mindset holds sway. Those who do rise through the convoluted development system to reach the pros often find their path blocked by veterans and the coaches who tend to trust those veterans more.

So we’re going to have to walk and chew gum at the same time, too. The euphoric Zlatan effect is a stark reminder that MLS needs star power. Ironically, the league’s most luminous incumbent is a fearsome collective looming north of the border. Before Ibra’s arrival, treble-winning Toronto FC was the biggest story in MLS by a safe margin, the Canadian club fashioning itself into a behemoth with savvy as well as spending. With an impressive Concacaf Champions League run this spring, they’re threatening to grow into a regional power and have already won respect from the haughty aristocrats of Liga MX.

It will take Ibrahimovic at least a year to spark that sort of milestone. Beckham couldn’t even push the Galaxy into the CCL final in several years of trying, much less make them the first MLS team to win it. TFC’s efforts suggest that requires a well-rounded ensemble. So do the deeds of the New York Red Bulls, who have also reached the CCL semifinals by employing an even more collectivist approach.

RBNY have traded away their team captain for two straight offseasons, and their most visible player, superlative scorer Bradley Wright-Phillips, is deeply averse to the spotlight. Even so, the Red Bulls’ dogged devotion to a ferocious high-pressing tactical system – instituted by their Austria-based global parent company and adeptly managed by coach Jesse Marsch – has earned them one of the clearest identities their single-entity league has ever seen.

Toronto, LA, Red Bulls – it’s a sign of MLS’ progress that such distinct approaches to team-building can flourish under the same tent, even if several of their counterparts still lag well behind the curve, subsidized passengers rather than drivers in the league’s advancement.

American soccer needs all of these ideas and personalities and then some, and it benefits from their competition. The past week reminds us that this circus still needs tentpoles and sideshows, especially with so many lingering empty seats in the crowd. Soccer won't be winning the battle for breathing room in the viciously competitive sports marketplace anytime soon. The broader cultural challenges remain. Soccer's struggle here continues, and on multiple fronts.