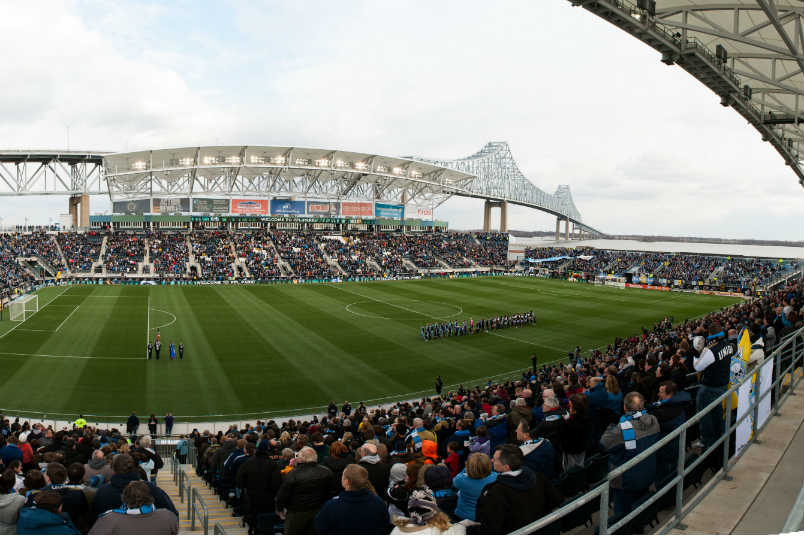 By Clemente Lisi – NEW YORK, NY (May 7, 2018) US Soccer Players – Walk around Philadelphia and it’s hard not to notice that this is a city with a very proud sports past and present. Those two time frames don’t often work when discussing success. You can see it in those ubiquitous red Phillies caps to people donning 76ers gear near the Wells Fargo Center in time for tip-off. Even fictional sports heroes, like the famous statue of Rocky Balboa, establish Philadelphia as a sports city.

The City of Brotherly Love has been a great location to watch and argue sports. The notorious reputation of its football and hockey fans, for example, often made people from nearby New York or Washington think twice about embarking on a road trip. For years, teams from Philadelphia had notoriously underachieved, adding a layer of rage and antagonism among its fans. The 1968 incident where Eagles fans, distraught over its team’s 2-12 record, booed Santa Claus, then proceeded to hurl snowballs at him is the stuff of infamy.

Those days seem long gone. In February, the Eagles won its first-ever Super Bowl. That was followed by Villanova winning its second NCAA men’s basketball title in three seasons. The 76ers and Flyers both made the playoffs this spring and the Phillies could contend for the World Series in the fall.

“It all adds up to a crazy new reality for the notoriously gruff old town: Sports have made the region effervescent. Philadelphia gets to dream big dreams right now because it has been reminded that some of them come true,” wrote The Washington Post’s Jerry Brewer in a recent column. “Eventually, disappointment will return, and the passion will convert back to anger and cynicism, but this has a chance to be an incredible winning cycle for all of the city’s teams. With some luck and longevity, it has the potential to be its greatest sports era.”

This takes us to soccer and the Philadelphia Union. With so many Philly franchises winning titles, will the Union figure out a way to join them? Since it is MLS in May, the question is premature. In a league where the regular season often counts very little in determining how a team will do in the playoffs, the goal for the Union is to get into the postseason. Once there, anything can happen.

It’s easier said than done given how competitive the league’s Eastern Conference has gotten over the past few seasons. Throw in Toronto FC, the two New York clubs, as well as Atlanta United FC and Orlando City FC and the fight for the top six will come down to the final weeks of the season.

The Union play in Chester, a 30-minute drive southwest along the Delaware River from the heart of Philly. The 18,500-seat Talen Energy Stadium, located along the banks of the river, is a beehive of activity on game days. The team has only qualified twice for the playoffs in eight seasons. It came close to winning a trophy in 2014 and ’15 after losing back-to-back US Open Cup finals.

For this Union side to succeed this season, it will need to win games against weaker conference opponents. Philadelphia did that last month against DC United, and that’s what needs to happen to contend for a playoff spot. “They put in a really good performance,” Union coach Jim Curtin told reporters after the 3-2 win. “I’m most proud of how this team possessed the ball.”

Curtain, the second-youngest manager in the league, oversees a group that includes a mix of youth and experience. The team’s stars include USMNT winger Alejandro Bedoya, recently-signed Czech midfielder Borek Dockal, and a lethal striker in CJ Sapong. While the Union have a roster that’s strong enough to compete, the real issue is playing away from home. The team only won once on the road last season, finishing in 8th-place in the Eastern Conference eight points out of the final playoff spot.

This past Friday night’s game on the road against defending MLS champion Toronto FC was a perfect illustration of Philadelphia’s major problem. The Union’s 3-0 loss didn’t help quell fears that winning on the road may prove difficult this season.

“It’s been a struggle on the road, it’s no secret. But anytime the margins are tiny in this league you still need to get your chances, take opportunities on the road because no chances are fewer and farther between,” Curtain said. “We look forward to Columbus and Montreal, two Eastern Conference opponents, big games, six-point games. It’s still early, but now we have some urgency to put on things.”