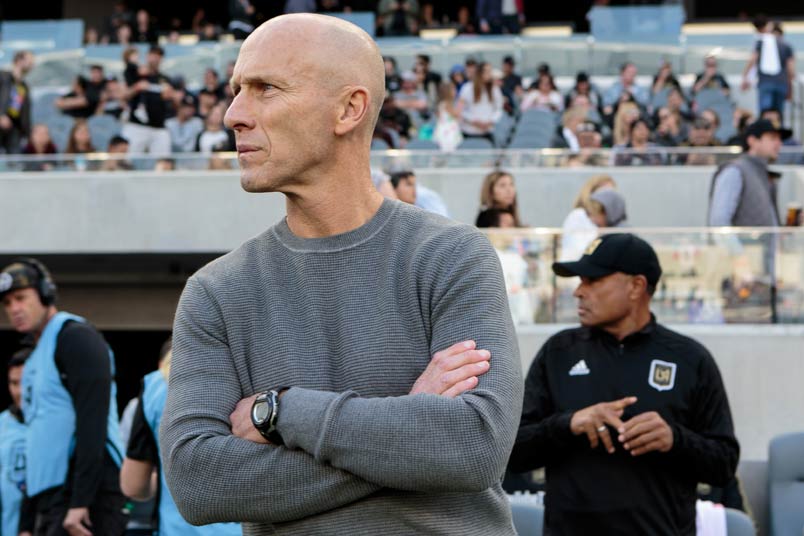 By Jason Davis – WASHINGTON DC (Jun 15, 2018) US Soccer Players – Following a six-game burst of games on Wednesday night, Major League Soccer will pause for two weeks of World Cup group stage matches in Russia. The league’s decision to take a World Cup break seems like the type of thing worth celebrating, especially in light of the rising number of internationals plying their trade in the American and Canadian first division. Even without the USMNT participating, MLS can count at least 19 players from its ranks on the scene at the 2018 World Cup.

Does ten days make a break? It was 13 in 2014, but of course the USMNT was in that tournament.

What’s more compelling? The Red Bulls hosting Seattle in front of a light crowd at Red Bull Arena, or the drama of Spain’s last-minute coaching change? For most, it’s quite obviously the World Cup.

MLS even managed to schedule some of its most intriguing matchups post-break, with the World Cup ongoing. Rivalry games pitting Seattle against Portland and Atlanta against Orlando, to name just two, are on the list during the World Cup period.

Weakened teams playing important league matches isn’t going to sync with the World Cup’s story. MLS isn’t helped by their spring-to-fall schedule, a problem without an easy solution. It’s still a choice to exacerbate that by giving only lip service to breaks. It undermines the competition by forcing clubs to play without important players.

MLS is walking a line here and pleasing no one. The reason for a limited break may come down to commercial concerns, since taking more time off would force more weeknight matches into the schedule. MLS owners are notorious for their reluctance to give up weekend games and the larger attendances that come with them.

The league schedule “resumes” on June 23. Thirteen MLS teams will play in US Open Cup games between now and then.

The occasion of the break merits a review of the season so far. Let’s look at the situation for four teams in various places in the standings.

The Bronx-based club is an obvious place to start. Patrick Vieira’s sudden departure from NYCFC for OGC Nice in France was conveniently timed with the World Cup break. That means new boss Domenec Torrent will get about a week after his visa arrives for his move stateside. That’s time to get acquainted with his roster before the New Yorkers take on Toronto FC on Sunday, June 24.

What, if any, changes are likely under Torrent? Does the new coach stamp his authority on the team immediately, or does he follow the direction of the veteran players and holdover technical staff?

At least one complication awaits Torrent when his World Cup players return to the team. Costa Rican fullback Ronald Matarrita injured his hamstring and might not be ready to return to league play whenever the Ticos’ World Cup campaign comes to an end.

After a terrible start to the MLS season, largely a function of their focus on the Concacaf Champions League, Toronto FC should be fine by now. Instead, the Reds remain stuck near the bottom of the Eastern Conference and can’t seem to regain their swagger. Wednesday’s 4-4 comeback draw thrilled the crowd at BMO Field. Dropping two points at home against a last-place team speaks to the problems that linger for Greg Vanney and company.

Improvement may finally come with health. The continued absences of first-choice center backs Chris Mavinga and Drew Moor robbed TFC of quality and continuity at the back and forced Michael Bradley into the position. Jozy Altidore is out with a hamstring injury and it’s unclear when he’ll return.

TFC’s depth hasn’t been good enough to handle so many injuries. If only the World Cup break was longer.

Like Toronto, 2018 hasn’t treated the Sounders very well. Injuries are a major part of the problems in Seattle, too, with a host of players missing significant time so far this season. Over the course of the last few weeks, the Sounders have played without the services of defender Roman Torres and midfielder Gustav Svensson, players at the World Cup with Panama and Sweden, respectively.

Seattle has just one win in its last five matches as the World Cup break arrives. The brightest news on the horizon is the reported addition of Peruvian Raul Ruidiaz from Monarcas Morelia in Mexico, though the striker won’t arrive until after the World Cup.

So much of saving the 2018 season centers on summer additions for the Sounders. None can help change the club’s fortunes until the secondary transfer window opens on July 10.

The first-year team out of Los Angeles surprised everyone with an excellent start to the season despite a brutal six-game road trip. The results have slowed a bit since then, but LAFC remains firmly in the upper-echelon of the Western Conference. The World Cup break arrives with Bob Bradley’s team alone in third place in the West and primed for a run to the playoffs.

The biggest questions going into and coming out of the break for LAFC center around its World Cup absences. Carlos Vela, Omar Gaber, and Marco Urena were key contributors through the early part of the season, with Vela putting up MVP-type numbers on the attacking end. LAFC has played twice since the trip departed for the World Cup and might play several times more before all three return.

There might even be another absence. Laurent Ciman, one of the last players cut from Belgium’s World Cup roster, may rejoin the World Cup squad ahead of Belgium’s opener against Panama to replace an injured Vincent Kompany.