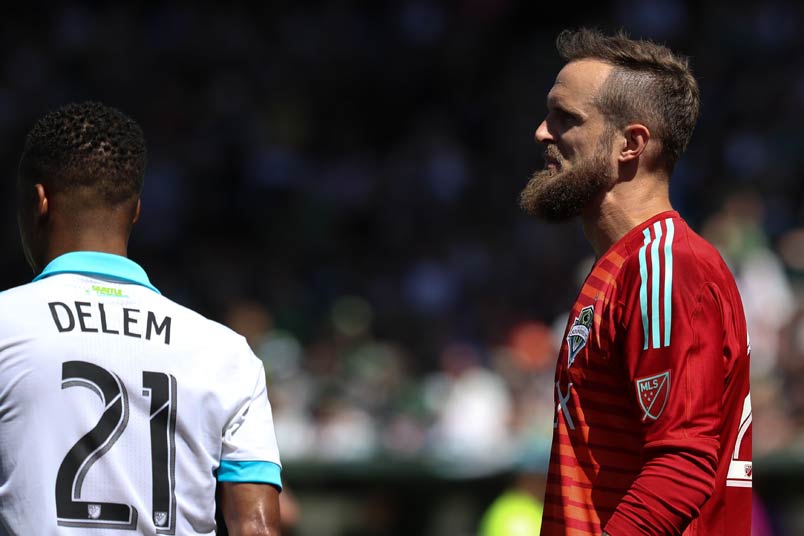 The soccer news starts by trying to make the case for a struggling Western Conference MLS team. The Seattle Sounders are in 10th-place, 11 points out of the playoff spaces with 4th through 6th tied on points at 23. It’s been a tough season with injuries and tactical issues working against the kind of soccer the club normally puts together. In other words, it’s an across the board problem for a club used to competing in the West.

Not helping things at all, LAFC is having quite the expansion season. They’re currently in 3rd-place, five points off the top of the table with a game in hand. If you’re already assuming this is going to be about the MLS unbalanced schedule, you’re right. Seattle and their dear friends Portland are the only two teams in the West on 14 games played with the rest of the Conference on 15, 16, and 6th-place Vancouver already on 17. The final playoff space is in reach for Seattle just by catching up on games played with the Whitecaps.

Of course, Seattle is in this situation for a reason. There’s no reason to assume that they will grab all three points every time out, launching a winning streak that carries them right up the table. They took a point at home against Chicago on Saturday, a result that once again highlights the Seattle’s problems. This week, they’re at home in the Cascadia derby to the Timbers, a game that could be a momentum builder to start a run. It’s Colorado on July 4 to start a road swing that continues at New England on the 7 and Atlanta United on the 15. They return home to play the other Cascadia derby on the 21 against Vancouver. Seattle finishes out July in San Jose on the 25 and at home to NYCFC on the 29.

July is Seattle’s catch-up month, the busiest stretch they have left this season. What they do with it is Seattle’s chance to show that this is still MLS where parity plays to the quick recovery scenario as well as the slide down the table. That should be of concern for a team like Vancouver, benefiting from games played now but facing a schedule where they play five times in MLS to Seattle’s seven between now and the end of July.