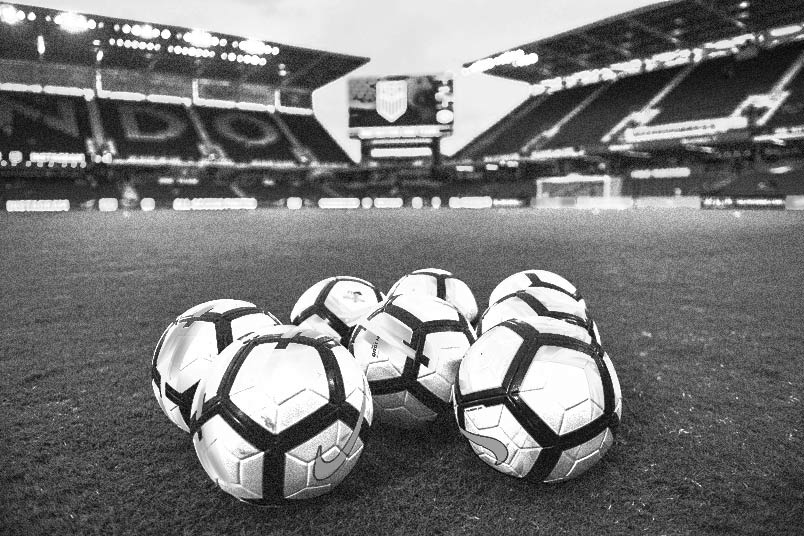 By Charles Boehm – WASHINGTON, DC (Jun 14, 2018) US Soccer Players – Early Wednesday morning in the US, we learned that the United bid won the rights to the 2026 World Cup. It was a landslide win in the end for the US, Canada, and Mexico’s joint bid. Morocco ended up not being as much of a factor as some expected. Voters opting for neither of them turned out to not be a factor at all.

Under new president Carlos Cordeiro, US Soccer was all in. What they won was a 48-team tournament and a chance to once again jumpstart the game. The potential in 2026, many prominent voices say, matches or exceeds that of the epochal 1994 World Cup.

Hosting in 2026 will “inspire a new generation of players and fans,” Cordeiro said, and “would also give a tremendous boost to the global game” via “more funds for programs… to develop football across all our countries.”

Cordeiro went on to call the event “a lightning rod” that “will become transformational for the sport as kids who are now 8, 10, 12 years old can all dream of potentially playing for a national team.” He returned to the idea that another World Cup could make soccer the “preeminent sport” in both the US and Canada, a phrase which happens to be central to USSF’s mission statement.

“We are an outgrowth of that [‘94] World Cup, that showed the world that America was a soccer nation that loved the game. It was to date the most successful World Cup ever and out of that came this commitment to the professional game and look where we are now,” said Garber. “You know our league will be way larger, we’ll have dozens of stadiums, we’ll have a more deep embedding into the culture of our country and there’s no doubt that this is going to be rocket fuel that’s going to help give us the momentum that we’ve all been looking for.”

The United bid also reminded world soccer that the 94 World Cup made a lot of money. The ‘94 tournament came to the USA in a spirit of both adventure and evangelizing. Turning the USA into a first-class soccer country benefited all involved. It also turned out to be a windfall for FIFA. That’s the expectation in 2026 as well, with all of North America involved in a bigger World Cup.

2026 will mark the debut of the 48-team format. The expansion means three-team groups instead of four. The tournament as we know it will change.

Scale and ambition mattered. That’s the message to the next set of bidders. The United bid put a dollar amount on just tickets at $1.8 billion. That means an expensive cost of entry, but we’re talking about the World Cup. It’s both a bold promise to FIFA and a preview of what the future may hold for soccer fans.

Even that ticket number is a fraction of the overall profit projected for 2026. That figure skyrocketed to $11 billion when the various rights packages came into play. Now, it’s on the United bid to deliver.

The work is only just beginning. Nobody is going to pretend that hosting a World Cup is simple. The United bid might have stressed the readiness of North America. Still, it’s about more than already having stadiums in place. So is the work US Soccer needs to do with or without hosting the World Cup on the horizon.

Soccer in the US finds itself at a crossroads. The game is already richer than ever before from a financial standpoint. However, the number of registered youth players is either stagnant or falling. Elite player development remains a spotty, inefficient area. The pro game has its own set of concerns and criticisms. We’re far from the well-oiled machine that the authors of “Project 2010” might have imagined it would be by now.

There’s work to do here. How that happens in the buildup to 2026 is a question worth asking. Cordeiro’s focus on the World Cup bid worked, but it can’t stay that way. Even with his chairman of the board version of leadership, US Soccer needs a leader. This goes beyond the current state of the USMNT and its coaching search. It’s the organization and the sport as a whole. Hosting the big show could certainly help address these and other issues, but it won’t do so in and of itself.

Here’s where comparisons to the 1994 World Cup reach their limit. It was not only a different time, but we’re also a fundamentally different footballing nation. The ensuing decades of explosive growth have been encouraging and at times even euphoric. Today, it’s tough to argue that the US isn’t a soccer culture and producer of talent. It’s also the key driver for the global business of sports. Everyone from clubs to confederations know they can stage games in the United States and expect fans to show up. They know the sports business structures are in place here to maximize revenue.

That’s how the game works in the United States. What isn’t as clear is how to fix the bigger problems for American soccer. The ones that aren’t necessarily concerned with the business of professional sports. This is a fundamentally different soccer nation than it was in 1994. That doesn’t mean it’s one without issues.