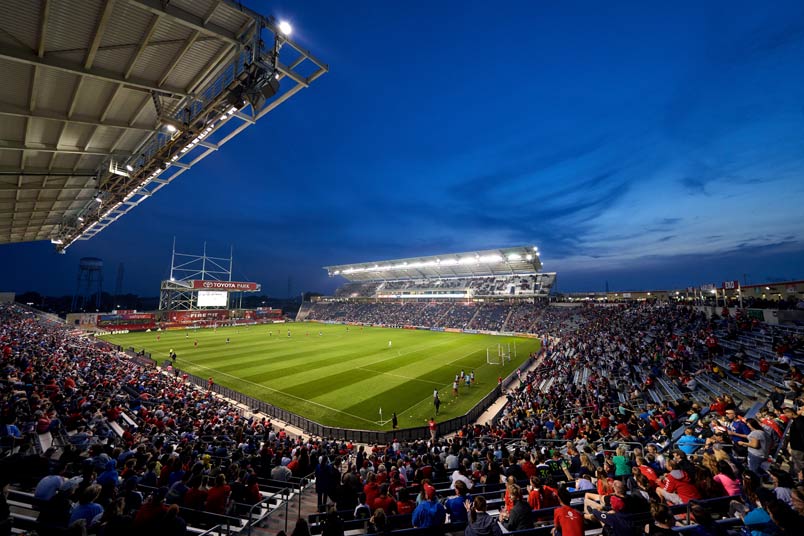 By Clemente Lisi – MOSCOW, RUSSIA (Jul 16, 2018) US Soccer Players – Your World Cup hangover officially starts now. The days after crowning a World Cup champion is when those withdrawal symptoms start to kick in. It’s only natural after watching such an obscene amount of games in such a short time span.

While most of the planet tries to return to normal this week after France lifted the trophy on Sunday in an epic final against Croatia, Americans have the advantage of curing any such withdrawal with a tasty Western Conference battle this Wednesday when the Houston Dynamo host LAFC. That’s followed by a steady stream of MLS matches this weekend, followed by European clubs traveling across North America for preseason matches later this month.

Like MLS and its growing number of both American and international players, the beauty of the World Cup is seeing so many different teams and styles face one another in what was one of the most-dramatic tournaments in years. This World Cup was fun for neutrals, something a lot of Americans became after the USMNT failed to qualify.

The aftermath of the World Cup is also the time where clubs around the world regularly break out the checkbook (see Cristiano Ronaldo’s recent move to Juventus), kicking off the summer transfer season by offering players big contract. This happens at every World Cup. While Europe’s biggest and wealthiest clubs gobble up much of the talent, there’s plenty of talent to go around. MLS, meanwhile, is already in the midst of its Secondary Transfer Window.

Some of the players who shined over the past four weeks would be great to see on a regular basis stateside. With the World Cup over, below is my realistic wish list of five players that I’d love to bring back with me and watch each week in MLS.

At age 32, Akinfeev remains relatively young for a goalkeeper. While there have only been four Russians to ever play in MLS, Akinfeev has made a name for himself after captaining the hosts to an improbable quarterfinal run that captivated the nation.

Akinfeev, who has played his entire career at famed Russian club CSKA Moscow, proved to be an amazing penalty-kick stopper and clutch in big games. He’s a wonderful player to watch and someone who would be a huge draw after such a fantastic tournament. Foreign goalkeepers are not an anomaly in MLS and even some big-name ones have called MLS home in the past.

While no African team advanced past the group stage, there were plenty of individual talents that made us watch in amazement. One of those players was defender Kenneth Omeruo. Currently playing with Kasimpasa in Turkey on loan from Chelsea, this 24-year-old center back was once heralded as one of Nigeria’s finest youth players.

Omeruo only played one game in Russia against Iceland, but showed he can be strong in the air and defending set pieces. He still must mature, but one could argue MLS up and down is stronger than the Turkish league and a great place for Omeruo to make a name for himself.

Concacaf teams did not do particularly well at this World Cup and MLS teams already regularly scout their home region. One player who should make the move to MLS after years of talking about it is Mexican striker Chicharito. At age 30, he remains in his prime and would be a major contributor to any MLS club.

In Russia, Mexico couldn’t avoid being elimination again in the round of 16, but Chicharito showed once again he is one of the best players his country has ever produced. Chicharito now has four career World Cup goals, tied for first all-time in a Mexico jersey alongside Luis Hernandez.

Japan came very close to eliminating Belgium in the round of 16. A lot of the credit for that goes to winger Takashi Inui. His explosive speed, pace, and potent shot from long range would show well in MLS, especially in a league where defending often seems optional.

The 30-year-old attacking midfielder, who plays for Spanish club Real Betis, was widely heralded for his strong performances in Russia. The British daily The Independent even labeled him “one of the World Cup’s hidden gems” following Japan’s elimination.

Peru’s Andre Carrillo is the type of player that has seen his stock rise post-World Cup, especially after scoring a goal at the tournament. While Peru failed to get past the first round, this was a team that had several bright spots, including Carrillo. The winger belongs to Benfica of Portugal, but spent the past season on loan to Watford in the Premier League.

Carrillo could end up anywhere this summer. At age 27, he still has some good years left in him. It’s certainly possible that Carrillo may end up in a league like MLS, but only after spending more time in Europe.