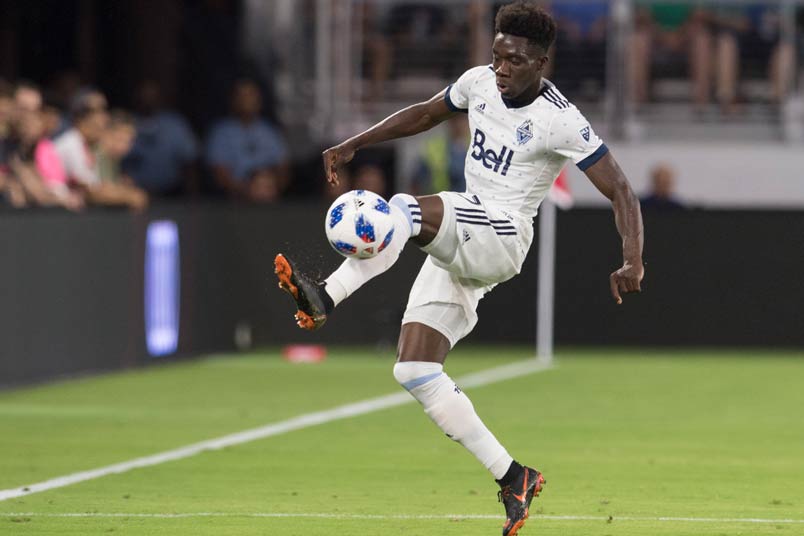 By Charles Boehm – WASHINGTON, DC (Jul 26, 2018) US Soccer Players – For most of its two decades of life, MLS had the perception of something of a cul-de-sac as it relates to the global game. It was a bit quiet and out of the way, not fully participating in the sport’s feverish world market of buying and selling, whether it be players, clubs, or other soccer commodities of value. A small group of very wealthy benefactors underwrote enormous financial losses just to sustain the costs of doing business as a young league in a country notoriously skeptical of the beautiful game.

For many years bullish gambits like investing in talent to sell overseas were just too far down the hierarchy of needs to be front and center. This was not a haven for get-rich-quick schemes. It was a place to build something.

USMNT stars, particularly the famous 1994 World Cup squad, came home and helped lay the groundwork for the future. A select few star names from overseas, most of them aging, also signed on. A decent handful of rising prospects like Tim Howard, Carlos Bocanegra, and Jozy Altidore made overseas moves, but it was the exception. The league’s collectivist structure, in essence, disincentivized individual franchises from becoming bulk exporters.

One swallow does not a summer make, as the saying goes. We’ve asked these questions before. Still, this week’s blockbuster transfer of Canadian teen prodigy Alphonso Davies from the Vancouver Whitecaps to Bayern Munich, breaking the MLS record for largest-ever fee set by Altidore a decade ago, is the latest and biggest sign of change.

It’s not just that a record figure cha-chinged its way across the headlines and into the Whitecaps’ coffers. The Davies sale is likely to be the biggest piece of MLS transfer business this year but crucially, just one among many.

Nothing’s official yet, but Tyler Adams is linked with a move from the New York Red Bulls to RB Leipzig at the end of the MLS season, just as his coach Jesse Marsch already did in midseason. Earlier this month FC Dallas playmaker Mauro Diaz made his way to the Middle East for a lucrative opportunity with Shabab Al-Ahli in the United Arab Emirates.

Something seems to be changing, and markedly so, even with MLS’s gradualist norms. After the Davies news dropped, I caught up with one current USMNTer and one alumnus to broach the topic at my local MLS game, Wednesday’s D.C. United-Red Bulls clash at Audi Field.

“Look, it’s a time for them to, media-wise, give the league a little bit more credit,” DC star Paul Arriola said. “It’s a great league, it’s growing fast, you see teams playing younger players. Before, I think MLS was always viewed as a league that players would constantly be bought, and come here and they would pretty much be done. There was no changing as far as coming in and buying and selling, buying and selling like many other countries do.

“Now teams have started playing the younger players and realize that young players can play. They start to trust them, they understand also it’s financially [wise]. I see in Mexico you have a guy that makes over a million dollars and you have a kid making $20,000 and the kid making $20,000 is playing his butt off and all of a sudden they say ‘OK, we don’t need to pay this guy this much money, we’ll play a young guy and he can play better than the guy making a million.’ I think it’s a great move for all sides.”

Arriola’s own trajectory points to a shift in both perception and reality. The Southern California native felt driven to pass up a Homegrown contract offer from the LA Galaxy and cross the border to join Liga MX side Club Tijuana when his pro career began in 2013. Four years later, he joined DC as a showcase signing to spearhead United’s bid to return to prominence. He fully believes that his journey did not have to end there, that he can still fulfill his long-term ambitions of reaching one of the world’s top leagues.

“I think that everyone that comes into the MLS now, younger players like myself, the Kellyn Acostas, the Tyler Adams, all the younger guys, I think a lot of us have aspirations to one day play in a big league in Europe, and I think Alphonso Davies’ move shows that there’s talent in the US, and it shows everyone in the US that people are constantly watching.”

Structural issues and a general lag in the collective mindset of some league and club officials continue to pose challenges to this evolution towards exportation. Many lack the savvy or temperament to wade into the convoluted and often deceitful world of lucrative transfers. Yet sometimes even the exception can prove the existence of a trend.

Acosta is probably the biggest MLS transfer prospect that HASN’T happened yet. The FC Dallas Homegrown was one of the league’s best young players over the past three seasons, particularly the sterling 2016 campaign, and a year ago was expected to be one of the next to cross the Atlantic. A rough finish to 2017 and a sports hernia injury sidetracked that trajectory, however.

He was traded at his own request to the Colorado Rapids this week in search of a fresh start. That’s a reminder to all that restlessness and ambition are part and parcel of the game’s highest levels. Hardly anyone is content to stand still for very long.

“We all feel that desire to progress in the game,” Dallas coach Oscar Pareja told the Dallas Morning News last week. “Financially, because their career is short. So every player wants to go to Europe, most of them. I would say that it would be very rare to see a player say, ‘I don’t want to go to a different division, a different progression in my career, and get a promotion here and there.’ We all are like that.”

Club president Dan Hunt told The Athletic, “Almost every conversation I have with young, talented players when they come in here – especially the international players – is that we are so excited to be here, we want to win a championship,” he said, “and then we’re ready to make a big jump to Europe or someplace like that.”

Getting this process right is nearly as much art as science. Circumstances led to Dallas missing out on what many of us expected would be a nice payday from Europe for Acosta, and Vancouver doesn’t get sole credit for Davies. A grassroots program in Edmonton called Free Footie provided him with his initial platform as a pre-adolescent. The Whitecaps have said that, unlike MLS’s US-based clubs and the U.S. Soccer Federation, they plan to follow FIFA’s guidelines for training compensation.

There’s reason to be optimistic about the future. On Wednesday night I asked RBNY head coach Chris Armas for his view on the Davies news, and he summed things up aptly.

“It’s incredible. I think it says a lot about our league, where it’s come,” said the retired MLS and USMNT standout. “In the early years, it was built on the older players a little bit. Some of the younger guys like us that needed to find our way, but some of the veterans that they would bring in from overseas and some of the national team guys that really were the pioneers and paved the way. And now you can see a shift.

“Even with Jesse Marsch – I don’t think that people talk about him enough and the push that he’s made, with [sporting director] Denis Hamlett and the Red Bulls, with young players. So now when you see Alphonso get sold for a tremendous amount of money, what a statement for the league,” added Armas, pointing to his own organization’s youth-oriented master plan and the potential it holds for producing talent. “We’re on the right path, and I’m proud to be a part of it.”