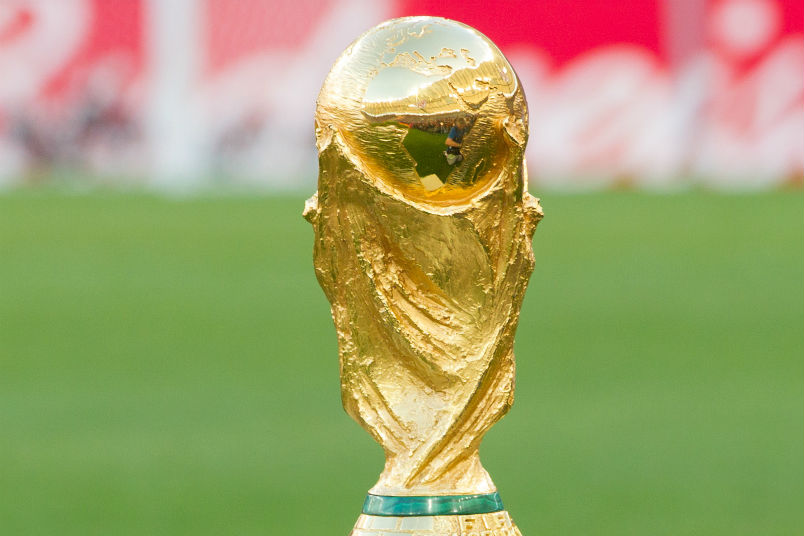 Friday’s soccer news starts with the obvious. The World Cup concludes on Sunday (11am ET – Fox) with France vs Croatia and FIFA’s president Gianni Infantino already letting us know that this is the best World Cup ever. Wait, what?

Infantino got even more effusive about the hosts, but we’ll leave it at that. His contention that the first World Cup under his leadership is the best in the history of the tournament isn’t exactly a shocker, even if it probably won’t hold up to a lot of scrutiny. FIFA managed a tournament where most of the favorites were long gone too early and half of the knockout stage was noticeably weaker than the other. It’s no Italia 90 in terms of forcing FIFA to reconsider how the game is played and change a significant rule, but it’s also not the bright light pointing the game forward. And that’s fine.

Maybe Will Smith did a better job in setting a tone for this or any World Cup. Speaking at a press conference for the performers at the final, he said, “This is the biggest sporting event in the world. When I was asked to be a part of it, I didn’t even have to think about it. The World Cup is a magical, global energy. I love being a part of it.”

Also in the soccer news, there’s going to be a new manager at Chelsea with the club parting ways with Antonio Conte. Chelsea Football Club and Antonio Conte have parted company,” the club’s official statement reads. “During Antonio’s time at the club, we won our sixth league title and eighth FA Cup. In the title winning season, the club set a then-record 30 wins in a 38-game Premier League season, as well as a club-record 13 consecutive league victories. We wish Antonio every success in his future career.”

Reports have Chelsea ready to announce former Napoli coach Maurizio Sarri as their new manager. According to those reports, Sarri is still technically employed by Napoli, but they’ve already hired Carlos Ancelotti as coach. Sarri didn’t start his professional coaching career until he was 40, working exclusively in Italy since taking his first coaching job in 2005. The Guardian’s Paolo Bandini tells Sarri’s story.

Inside World Football’s Samindra Kunti has Infantino suggesting that there’s still the possibility that the World Cup will expand for 2022. The NY Times’ Andrew Keh goes to Qatar to report on the 2022 preparations.

WTOP’s Noah Frank explains DC United’s issues with their supporters groups over ticketing at Audi Stadium. MLSsoccer.com’s Sam Stejskal on LAFC getting the most out of Adama Diomonde. SBI Soccer’s Ryan Tomlich looks at the issues with the Colorado Rapids.