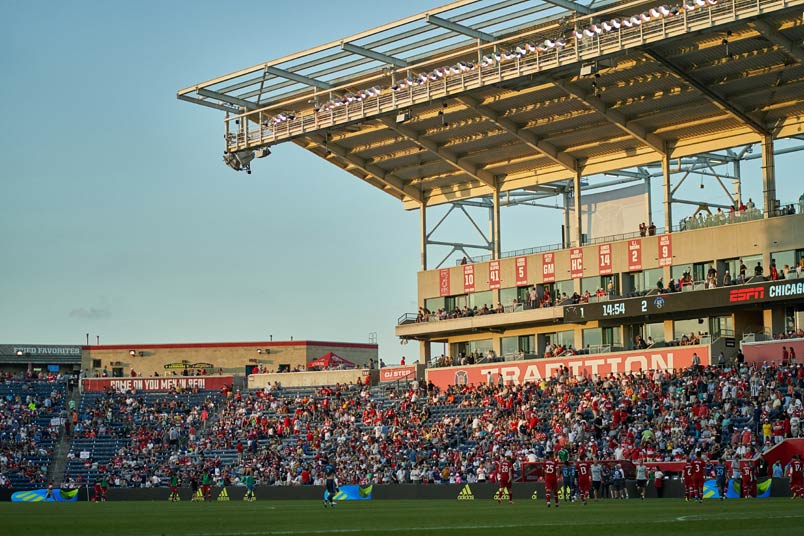 The soccer news starts with MLS action. NYCFC shutout Montreal 3-0 at Yankee Stadium. Jesus Medina put NYCFC up in the 60th minute and assisted on Ronald Matarrita's goal in the 65th. Matarrita assisted on Jonathan Lewis's goal in the 76th. Sean Johnson didn't need to make a save for the clean sheet with NYCFC outshooting Montreal 23 to 3 and putting 7 on goal to Montreal's 0.

In the other MLS game, Philadelphia beat Chicago 4-3 at Toyota Park. Haris MEdunjanin scored for the Union in the 31st with Nemanja Nikolic equalizing from the penalty spot in the 39th. Cory Burke scored for Philadelphia three minutes into first-half stoppage time. Aleksandar Katai leveled the score in the 69th, with Burke returning the Union lead in the 73rd. Bastian Schweinsteiger got a late equalizer for the Fire four minutes into stoppage time, but David Accam scored Philadelphia's winner a minute later.

"We conceded very soft goals, I think in the first-half specially," Fire coach Veljko Paunovic said. "We conceded too many opportunities. It was our weakness during the whole year. We could change in some moments for some time but we don't have the consistency to improve and I think that's the bottom line. I think we're not capable of when we make one step forward, at least staying there, we go two steps back and today's game shows that perfectly."

This is what it looks like when you get mobbed by celebrating Croatian players #WorldCup
📷 @YuriYurisky pic.twitter.com/5WWgrNgXXQ