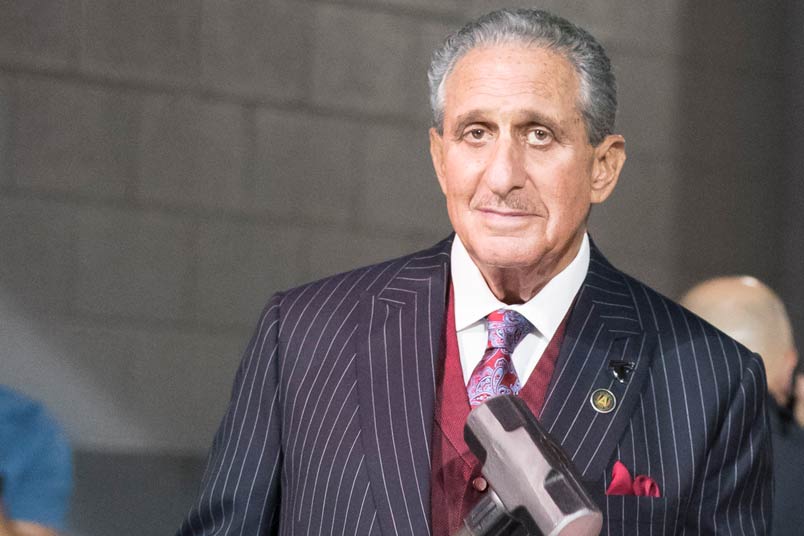 It was Blank who expressed serious interest in backing an MLS team for the city back in 2014. Blank gave Atlanta United equal share of Mercedes-Benz Stadium as a home venue as part of that effort. Blank hired people like Darren Eales, Carlos Bocanegra, and Tata Martino with the coach representing a coup never before achieved in this league. Blank who set the stage for the remarkable success of MLS in a market many predicted wouldn’t support the game.

All of that means there’s reason to listen to Blank when he talks about Atlanta United’s incredible achievements. Wednesday night was no exception. Atlanta is the new standard-bearer for MLS clubs, especially off the field. So Blank’s insight is worth serious consideration in any context.

With 72,317 people in attendance at Mercedes-Benz Stadium and the city around the state-of-the-art building throbbing with a palpable soccer passion, Blank’s word carried extra weight. The only interpretation of what Blank said is as a forceful message for the league’s other investor/operators. Blank’s version of MLS is massively ambitious. It makes no excuses around the place of the game in the United States and prioritizes the fan experience beyond all else.

“Commitment” led the way during Blank’s chat with the ESPN broadcast team. He mentioned the word more than once.

Not every MLS team can win. The idea is that all of them can focus on a “great fan experience”. That should be a less refreshing sentiment for a league over twenty years into its existence.

A majority of MLS clubs have taken the easy path, focusing on winning through pragmatism and a commensurate frugality. Those things aren’t sins, necessarily. Except when they combine with a failure to do everything possible to make the gameday experience engrossing and engaging. Getting people in the building is central, especially in soccer, to encourage people to support a club when they can’t attend a match.

There’s no greater marketing tool available to MLS clubs than word-of-mouth. That doesn’t mean closing off other avenues, just that the most powerful weapon any team is a buzzworthy experience. Spending even a few days in Atlanta makes that obvious.

During my time there, it was impossible to go more than a few hours without running into someone who called themselves a fan of Atlanta United and wanted to talk about the club’s success. Uber drivers, restaurant staff, random strangers encountered in passing. They all spoke to the excitement in Atlanta around the team.

Unlike some American cities, soccer seems embedded into the sports culture of the city, rather than existing outside of it. Major League Soccer’s place, even in strong markets, is often not better than “elevated niche”. The local team has its fans and gets the occasional mainstream media mention, but doesn’t sit within the same bubble as the NFL, NBA, NHL, or Major League Baseball.

We can chalk up much of United’s impact in the city of Atlanta to the “FOMO” phenomenon. “Fear of missing out” on the event that is an Atlanta United game at Mercedes-Benz Stadium created a wave of interest across the city the effects even those who have never been in the building. That powerful force has turned the city’s soccer team into something everyone wants to be a part of. That includes many of Atlanta’s most famous residents, particularly in the world of music. Whether those figures have a deep understanding of the game is immaterial to the message their fandom of the teams sends.

On my flight back from the All-Star Game festivities in the early hours of Thursday morning, my seatmate told me he worked doing marketing for Atlanta United. One of the first things he highlighted about the club is how the makeup of the team reflected the character of the city. The team is as diverse as modern Atlanta, something that goes a long way in making people in the area feel emotionally connected to the team.

During his appearance on the national broadcast, Blank referenced a dinner for MLS investor/operators who had gathered in Atlanta for meetings coinciding with the All-Star Game.

“We had a dinner for them last night. It’s not complicated. [You] have to have an owner that’s fully committed,” he said when asked what it takes. “There’s no pull-back. It’s not about the wallet. It’s about winning and creating a great fan experience.”

Blank probably did not intend to cast aspersions on his fellow investor/operators. Instead, he wanted to convey that much more is possible for them and for MLS. Blank did not expound on what he said at the dinner, so it’s difficult to know the overall message. Still, any push from a figure like Blank is a positive.

Atlanta has recalibrated the meter for what’s possible in MLS, extending the gap between the underperformers and the top end of the league. For all the positives Atlanta brings, it’s impossible to avoid the reality that what’s happening in Atlanta shines a harsh light on the likes of Colorado, San Jose, New England, Columbus, and elsewhere.

The owners of those clubs or their representatives not only listened to Blank expound on why he thinks Atlanta United is such a smash, the likely attended the match itself on Wednesday night. It’s tough to play down what they saw. As Blank mentioned, the club increased its concession business by lowing prices while putting on one of the best game presentations in sports.

Everything about Atlanta United is impressive. There are no caveats for what the club is, no need to say “for MLS” after saying “Atlanta United is first class”. Blank did not accept that his club had to slot into some predetermined place in the hierarchy of the world’s game. Neither he nor the people running his club make an issue of the limits on how much they can spend on the talent they put on the field. They simply went about the business of building the team to the best level possible, pushing up against barriers whenever possible.

Blank directly challenged his fellow owners this week. Will they heed that challenge? Will the teams that have the resources to do more rise to that challenge? There are ways to do better that don’t require breaking the bank. As Arthur said, it’s not complicated.