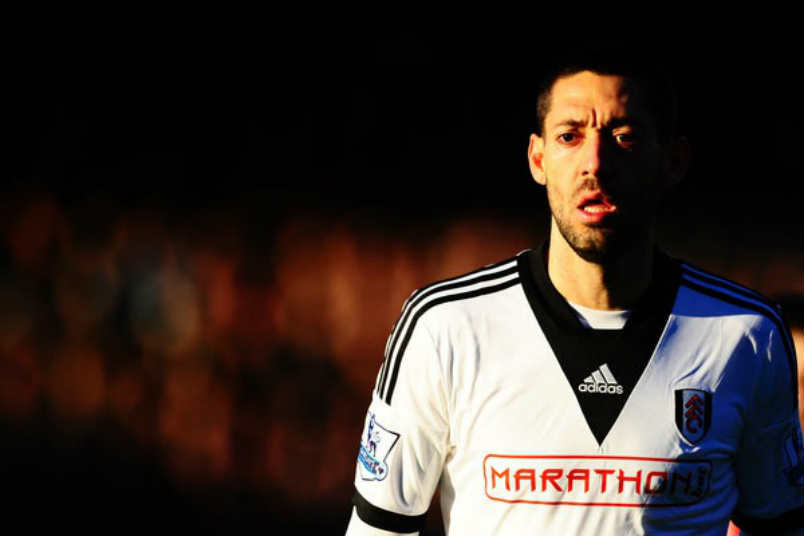 The 2004 MLS SuperDraft took place in Charlotte, NC as part of the annual NSCAA Convention. In an atrium, the media waited for Freddy Adu to officially join DC United. That was the headline act, but it was the rest of that draft that ended up resonating for the USMNT.

Chad Marshall went 2nd. Clarence Goodson went 7th. With the 8th pick, the New England Revolution selected Furman University Paladins midfielder Clint Dempsey. Michael Bradley wasn't officially drafted by the MetroStars until the fourth round, with the league well aware that the 16 year-old would go to the club his father was coaching.

Dempsey quickly emerged as a different type of American soccer player. He put the work in and was well aware of what that meant. If he could beat you, he beat you. It was as simple as that, starting from the beginning of his pro career.

Everything Dempsey was on a soccer field came together in a Fulham shirt on March 18, 2010. It's one of the moments everyone is highlighting with Dempsey announcing his retirement on Wednesday. It's for the obvious reasons. This isn't going to be one of those "but actually" moment where we play up some other highlight. It's this one, making the statement for the American soccer player.

Moving to the MLS scores, DC United lost 2-0 at home to the Philadelphia Union. CJ Sapong scored in the 29th minute with Fafa Picault doubling the lead in the 61st. Andre Blake kept the clean sheet with three saves.

“You have to give credit to the opponents tonight," DC forward Wayne Rooney said. "I thought they played a really good game, they made it difficult for us with their movement and the passing. Obviously, it was a hot day, hot for both of us so there are no excuses. That is a team that tonight, deserved the win.”

The shutouts continued in Portland with the Timbers beating Toronto FC 2-0. Diego Chara scored in the 64th with David Guzman doubling the lead in the 83rd minute. Jeff Attinella made one save for the clean sheet.

"Obviously travel, quick turnaround, but every team has to deal with this stuff," Toronto's Michael Bradley said after playing as a defender. "We came and we put a team on the field that we thought could go for it and thought physically was ready for the game. I thought by and large we handled things pretty well. Can’t quite make enough of some plays and some advantages in the attacking end of the field and then give away two goals and aren’t able to come away with anything. Disappointing, but we have no choice but to regroup quickly and get ready for a very big home game on Saturday.”

Plenty of goals from San Jose's 4-3 home win over FC Dallas. Dallas went up in the 8th minute from a Maxi Urruti goal. Valeri Qazaishvili equalized in the 15th and gave San Jose the lead in the 42nd. Santiago Mosquera equalized for Dallas in the 51st. Magnus Eriksson put San Jose up in the 54th with Dominique Badji equalizing in the 58th. Chris Wondolowski scored San Jose's winner in the 62nd minute.

"Anytime you step out there, you want to make the most of it," Wondolowski said. "It's huge to get three points. I commend our team for our character. I think sometimes when you're beaten down so many times, you have a tendency to give up and I thought that our guys could have given up three times probably this game. Kept fighting, kept their heads up and I'm proud to be a part of this group still."