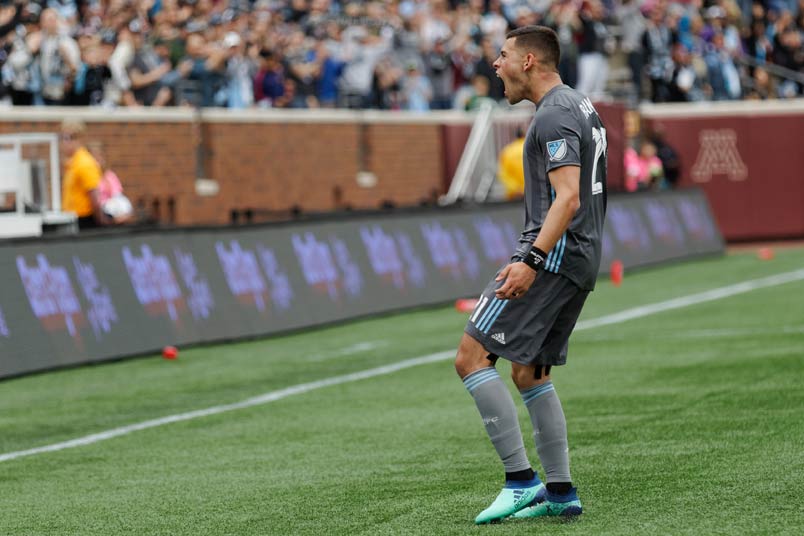 The soccer news starts with LAFC making yet another major signing in their debut season. Christian Ramirez joins the club from Minnesota United. Heading in the other direction is what we’ve come to expect in this era of MLS, allocation money. Minnesota gets $250k in General Allocation Money over the next two seasons, $100k in Targeted Allocation Money this season, $200k in TAM in 2019, and the potential for up to $200k more in allocation money based on what Ramirez does in an LAFC shirt.

“Christian has shown a consistent ability to score goals,” LAFC coach Bob Bradley said. “We’re excited to have him join the club.”

Ramirez has seven goals in 20 games and is an established presence in Minnesota soccer due to his time with the NASL version of the club.

“I think it’s a feel-good story for both sides,” Minnesota United sporting director Manny Lagos said. “You have a young man who became a very good soccer player and launched his professional career with Minnesota United. We’re excited that he was a part of some really special years with us in NASL and MLS and it’s somebody we’ve been very proud to have as a part of our club for years and we are happy to give him an opportunity to go back home to California to continue his career. Moving forward, this benefits us as a club with resources to put toward building for the future.”

The Minneapolis Star Tribune’s Megan Ryan looks at the deal from a squad perspective with United signing Angelo Rodriguez as a designated player and main scoring threat. The St Paul Pioneer Press’s Andy Greder has Ramirez’s Minnesota goodbye and wonders what United will do this close to the closing of the transfer window. MLSsoccer.com’s Matthew Doyle with another MLS trade with Krisztian Nemeth rejoining Sporting KC from New England. USSoccer.com’s Jonah Fontela talks to Houston Dynamo player DaMarcus Beasley.

Also in the soccer news, AP reports that Colorado Rapids investor/operator Stan Kroenke will take full control of Arsenal. The NY Times’ Tariq Panja on Kroenke buying Alisher Usmanov’s stake in the Premier League club. Arsenal Supporters’ Trust released a statement on the move that would mean delisting the club.