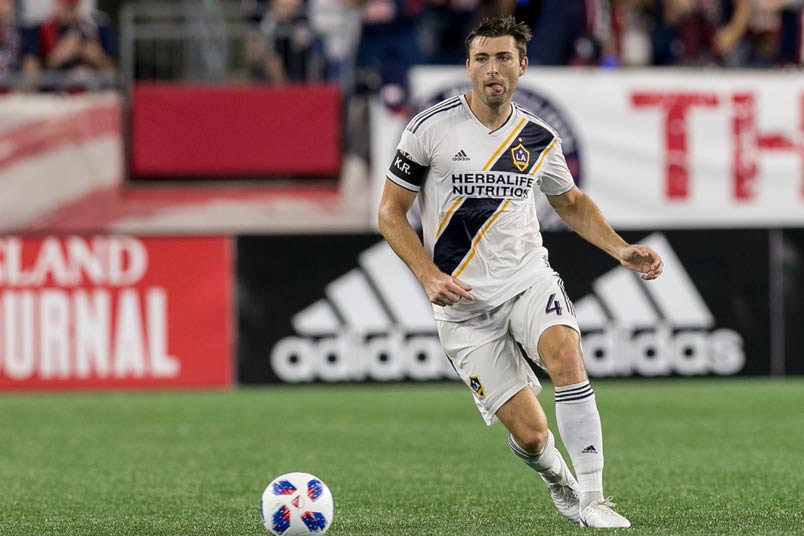 By Luis Bueno – RIVERSIDE, CA (Aug 1, 2018) US Soccer Players – Surges by some and skids by others caused for some major movement in the MLS Power Rankings. The LA Galaxy and Seattle Sounders decided to start playing soccer once more while Chicago and Sporting KC have forgotten how to do so, and all of that reflects in the table this month.

Atlanta still dominates the table as Josef Martinez continues his astounding season. Perhaps Atlanta could have created even more separation at the top of the table had the All-Star Game counted. United hosted a memorable event and Martinez scored against Juventus, but that had no bearing on the rankings.

Still, the most impressive run of the month came from the Sounders who continue to make a mockery of the MLS regular season. The club will need an even stronger showing next month to crack the top five of these rankings, which has become rarified air given how few teams have taken spots near the top this season.

Josef Martinez is the best scorer MLS has ever had. That, of course, is no revelation. The machine that is Martinez scored at least one goal in each of Atlanta’s five games last month and has tallied in six consecutive games. In August, he seems poised to break the single-season goalscoring record of 27. While Atlanta only plays three matches, two of those opponents are well out of the playoffs.

Michael Barrios broke out of his season-long scoring slump with a hat-trick against Sporting KC in the club’s last game in July. With nobody taking charge up top, it seems that the need for everyone to contribute is great. Perhaps Dominique Badji can change that, but if not FC Dallas has reached first place in the Western Conference without anyone having scored double-digit goals yet.

The Timbers’ last loss came way back in April as the club carries an impressive 14-game unbeaten run into August. The Timbers will not carry Fanendo Adi though as he departed the Rose City the same way he entered, with a goal. How wise it is to dispose of him midseason is an open question, but this club has pulled all the right strings in 2018 so far.

NYCFC moves two spots despite losing 3-1 to Seattle in its last game in July, but playing across the country is always difficult. NYCFC did compile four consecutive wins prior to that, including a 1-0 win over the Red Bulls to start the month. That’s even more impressive given that David Villa has not played since June 24.

The Red Bulls dropped three spots despite a 4-2-0 record in July. The losses came against NYCFC and Columbus, so not terrible opponents, but the margin of error is thin this high. Bradley Wright-Phillips’ two-shirt goal celebration though was solid as he reached 100 career MLS goals.

The come-from-ahead draw against the LA Galaxy was less than impressive. August will provide some solid tests – at New York, Sporting KC – before visiting the LA Galaxy in what will be a must-win match on Aug. 24. LAFC has come a long way but still has a lot to prove, and if it can’t, that will reflect on next month’s rankings.

Welcome back to the top 10, LA Galaxy. For most of 2009 through 2016, the Galaxy was likely a fixture in the top 10 on rankings lists, but this is the first time since the start of 2017 that the club deserves to be this high. The Galaxy went 4-0-2 last month,unbeaten in nine consecutive matches. With Colorado (twice), Minnesota and Seattle this month, expect the Galaxy to fatten up before closing out the month with rivals LAFC.

The Crew looked poor at the start of the month but did well to recover with consecutive wins to close out July, its first back-to-back wins since mid-May. The defense is still problematic with 10 goals allowed in four games in July. Columbus will play just three games next month, so there is time to fix it before the home stretch that follows.

The Impact equaled the Galaxy’s five-spot climb in the rankings in part due to the wretched play of the teams that were ahead of the club last month. But Montreal had a solid month. Atlanta and NYCFC beat Montreal, but aside from that, the club won three games. They have a chance to beat up on some lesser rivals this month to try and rise above a logjam in the middle of the Eastern Conference table.

RSL had an odd month, beating the top two teams in the Western Conference but failing to beat the two bottom teams in the same conference. RSL though has proven to be legitimate playoff contenders. Joao Plata scored three goals in July, half of his 2018 haul, as he appears primed to lead the club down the stretch.

If Seattle makes the playoffs this season, the club’s three-year stretch will serve as Exhibit A as to the meaningless nature of the MLS regular season. Seattle was dead in the water in June, again, but suddenly an eye-opening summer run has the club poised to reach the playoffs once more. Seattle is relevant once more thanks to a 4-0-2 record in July which included a draw at Atlanta and a win over NYCFC.

Sporting KC is trying the LA Galaxy’s method of play now – give up goals but score goals too. However, Sporting KC is allowing more than it is putting in and the results have shown it. Sporting KC had scores of 2-4, 2-2, 2-3 and 2-3 en route to an 0-3-1 mark in July. As a result, Sporting KC slid to 5th-place in the Western Conference table. Sporting KC needs to stop the bleeding in August or else the club might slip right out of the playoff picture altogether.

Minnesota nearly equaled Seattle’s eight-spot climb in the table with four wins in July. The wins were impressive too as they came against playoff contenders like LAFC and Real Salt. They were all at home though, and the two games the Loons played on the road were losses. Darwin Quintero and Christian Ramirez each scored three goals last month, a solid total from the team’s top threats.

Houston slipped some after winning just once in six tries in July. The upside to that is the club gained six points with a 1-2-3 mark. Houston has played uninspired though and needs more decisiveness in front of goal to become a threat. Perhaps facing rivals FC Dallas on August 23 and September 1 will provide some motivation to play inspired.

Perhaps it was too good to be true for the Revs. Three consecutive losses to close out July was poor, particularly the July 14 loss that saw the Revs go from 2-1 up in stoppage time to 3-2 down at the final whistle. The Revs did not recover from that demoralizing loss. The Revs need to stop the bleeding in August. Four games against four Eastern rivals will help determine the club’s fate.

Philadelphia is doing just enough to hang on, losing against the good teams (Atlanta, LA Galaxy) and winning against the mediocre (Chicago, Houston). A home-and-home against New England in August could help sort out whether the Union deserves to be in the postseason or not. Cory Burke has come alive, scoring three goals last month. Perhaps he will take charge as the club’s go-to scorer, which would be great because the team does not have one.

Had more teams beneath Vancouver in the rankings done better, the Whitecaps would have slipped more than just two spots. Still, two wins from five games isn’t terrible. Vancouver is still in sight of the playoffs, but games against NYCFC, Portland and the Red Bulls in August might change that.

Toronto’s tagline for 2018 should be this: You can’t lose to Orlando and expect to make the playoffs. Toronto did, and won’t. Nice try with two straight wins to close out the month, though, but those wins came against Chicago. Still, Toronto did enough to maintain its spot on the rankings. A top-15 finish in the rankings would be remarkable, but a spot in the 20s is still there for the taking.

DC United opened Audi Field and Wayne Rooney scored a goal. Those were the two most impressive things DC United did in August. They did not come in the same game, but Rooney’s goal and his busted nose did. DC may break more bones in what remains of this season, but they would likely be out of frustration with how the season is going. Perhaps the club should consider the last three months of 2018 as an extended 2019 preseason. With Audi Field and Rooney around for all of 2019, that may not be a bad thing.

Colorado climbed out of the abyss last month but this month moves two spots up thanks to mediocre play. Mediocrity means movement at these depths. Colorado did pick up five points in July, which is more than the bottom three clubs in the rankings earned combined last month. Colorado also did well to nab Kellyn Acosta from FC Dallas. One goal in one game played is a great start to his Rapids career.

Chicago’s free fall is underway. It is tough to keep the club in the teens in the rankings after losing all five of its games in July. Chicago seemed on the bubble all season. The club could have taken the next step into legitimate playoff contender or could have slipped back to subpar play. Nobody foresaw the bottom falling out altogether though.

San Jose scored one goal in four games in July. At least in June when the Quakes were scoring while not winning. Perhaps the players have given up. It is tough to keep hope alive when the team’s last win game on May 12.

Nice try to climb out of the bottom spot with a win in July, but one isn’t enough to change City’s situation. Orlando is 1-12-0 in its last 13 games. That the club has Sacha Kljestan, Dom Dwyer, and Cristian Higuita alive and presumably well makes this even worse. San Jose does not have the same type of talent Orlando has and yet Orlando is the one struggling to even get a point out of games.