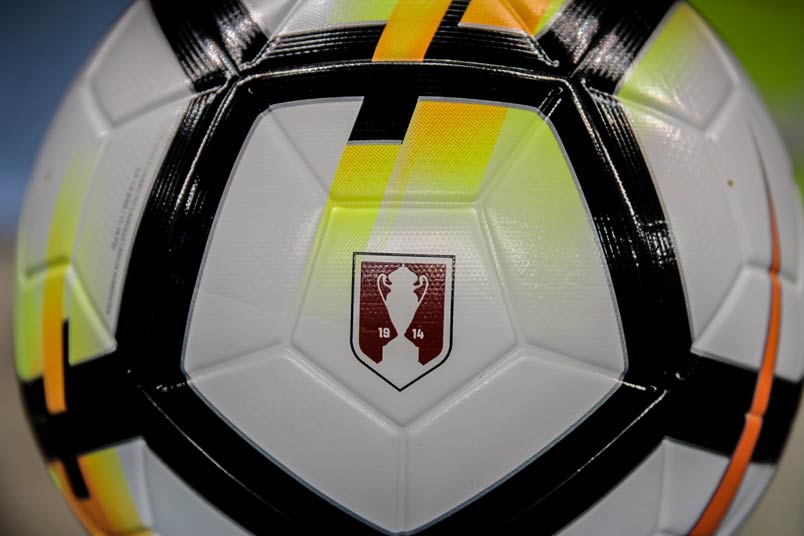 By Jason Davis – WASHINGTON DC (Aug 10, 2018) US Soccer Players – For the first time since 2009, the US Open Cup will have a first-time winner. One is a previous two-time runner-up, while the other is in the final for the first time.

The Philadelphia Union are the returning finalist of the pair. Philadelphia knocked off the Chicago Fire 3-0 at Talen Energy Stadium on Tuesday night, led by two goals from Jamaican forward Cory Burke. Both sides rested key players on the weekend, clearly prioritizing chance at an Open Cup trophy even in the midst of a playoff chase.

The Union are closer to the playoffs spots in the Eastern Conference than the Fire, but neither team seems confident of their chances to make the postseason. Reaching the semifinals of the Open Cup put a trophy in sight, with the potential to salvage what might otherwise be a disappointing year.

For the goal-shy Union, the attacking explosion came at just the right time. Burke’s first goal set the Union up to take control of a game that was goalless through the first-half. Chicago created a few chances of its own, but failed to beat Philadelphia goalkeeper Andre Blake.

The Houston Dynamo secured its first-ever place in an Open Cup final with a dramatic penalty kick shootout victory over LAFC at BBVA Compass Stadium in Houston. A wild affair from the outset, the game saw Houston fall behind early before storming to a 3-1 lead with 15 minutes to go. Instead of closing out the game and walking into the final, the Dynamo conceded a second goal to Diego Rossi in the 78th minute and an equalizer, also to Rossi, with mere seconds left. Rossi’s third goal was a looping header from a free kick that caught Houston goalkeeper Joe Willis off his line.

The last ditch goal pushed the game to extra time, where neither side was able to score. In penalties, Willis redeemed himself with a pair of save that secured the spot in the final for the Dynamo. Via the predetermined hosting priority, the win means the Open Cup final will take place at BBVA Compass Stadium on September 26.

While being careful to not eliminate either team from MLS Cup contention quite yet, neither the Union nor the Dynamo looks like a championship-caliber team. The Open Cup, then, is equal parts salvation and frustration. Fans have to wonder if their clubs will make the moves necessary to keep up with the rest of the league. In the allocation money era, there’s a price attached to competing.

The timing of the semifinals, coming on the same day that the secondary transfer window closed, added an extra layer to the good/bad of it all. Neither club made much of a mark during the summer transfer period, choosing instead to stick with players who have failed to rise above mediocrity so far this season. The lack of activity is indicative of the economic approach to team-building both teams have taken. For whatever reason, resources are thin. Paying significant money in transfer fees and salaries looks like a non-starter both in Houston and in Chester.

The Union are also negotiating the choppy waters of a change in soccer leadership. With Earnie Stewart moving on to take the challenge of rebuilding the US Men’s National Team as its first general manager, Philadelphia has tapped former Red Bull Salzburg academy director Ernst Tanner as the club’s new GM.

Tanner’s introduction came just a day after the triumph over the Fire. A big moment for the club was somewhat undercut by owner Jay Sugarman’s tacit admission that the Union cannot compete for talent with top clubs in MLS. Despite playing in the fourth largest media market in the country, the Union is stuck chasing the academy ghost in a bid to stay competitive in Major League Soccer.

No one can blame Union fans if they’re a little wary about the Open Cup. Will ownership use a US Open Cup trophy to excuse falling further and further behind in a league that is only going to be harder and harder to win without increased spending? The difficult balance of life on the Delaware River is desperately wanting some silverware while at the same time being unable to fully embrace the run.

There’s a similar dynamic in Houston. The Dynamo have a rich history since arriving in Texas from San Jose back in 2006, winning a title in its first season there and then following it up with another in 2007. The club later made two other MLS Cup finals in 2011 and 2012, both of which resulted in losses to the LA Galaxy.

Houston has dropped out of the league’s top tier. Reaching the playoffs makes for a successful season these days. It’s illustrative that last year’s run to the Western Conference final came as a surprise for a team that was once a threat to lift the trophy in most seasons.

Coach Wilmer Cabrera is doing the best he can with the tools he has available. However, the Dynamo operate as a budget outfit that will bounce in and out of the playoffs year-to-year unless something significant changes.

Even in a league that stresses parity, some teams win while others lose. That’s the situation across the league, where we know spending alone might not be enough. That doesn’t fully explain the situation in Houston, what passes for a legacy team in MLS given their trophy cabinet.

Winning would certainly help the Dynamo. So would a more aggressive approach to marketing the club locally. The heat of Texas in the summer is difficult to overcome, but Houston has shown up for soccer before.

The lack of enthusiasm for the Dynamo is one reason to worry that the Open Cup final might not have the atmosphere the game deserves. Driving fans to a non-MLS match in the middle of the week is never easy, no matter the stakes. The Dynamo will need to do plenty of work to sell fans on a match against a less-than-marquee opponent on a school night when the weather won’t be much cooler than it is now.

One of these teams will have a trophy when the final whistle blows 47 days from now. Winning trophies is the whole point of playing, so there will be plenty of joy to go around for the champion. What will remain unanswered is whether winning a trophy will change anything.