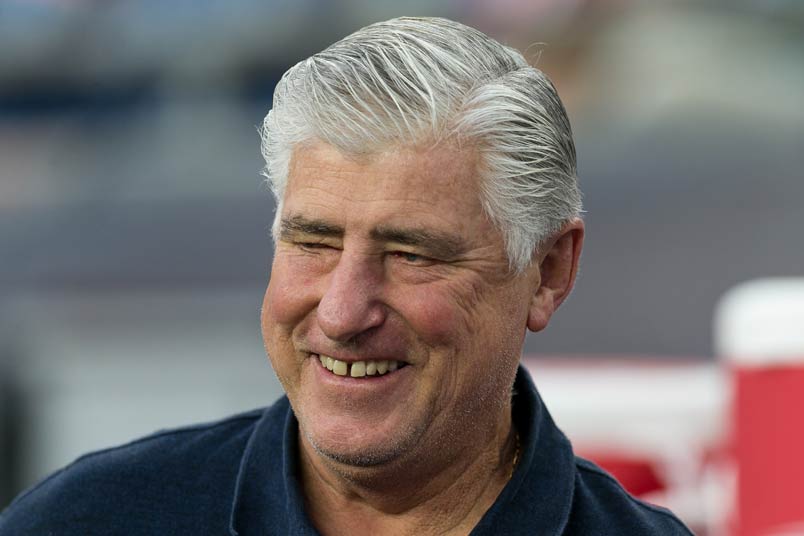 By Luis Bueno – RIVERSIDE, CA (Aug 1, 2018) US Soccer Players – When the LA Galaxy fell to FC Dallas on May 12, the result was not too surprising. It was after all the club’s fourth consecutive loss and fifth setback in a six-match stretch. The Galaxy had Zlatan Ibrahimovic at its disposal, but not even his world-class talent could help the team collect points.

Little seemed to be going the Galaxy’s way as another tough season appeared to be facing the once-mighty Galaxy. All of a sudden, the Galaxy is mighty once more.

Few if anyone could have predicted the Galaxy’s rise. While the pieces were in place once Ibrahimovic joined, the club’s play gave little hope that this season would play out the way it has over the last couple of months. The Galaxy though may go from worst to first in a matter of months as the team is now a solid MLS Cup contender.

Ibrahimovic is not the sole reason why the Galaxy has become a dangerous team. The team has undoubtedly responded to him, though. Ibrahimovic’s latest accomplishment helped the club pull out three points as his hat-trick against Orland City on Sunday helped the Galaxy to a 4-3 win. It was Romain Alessandrini and Ola Kamara getting the goals last week in a 2-2 come-from-behind draw with Ibrahimovic mostly quiet. Regardless, the Ibrahimovich effect is real.

“He’s the most physically imposing player this league has ever had at forward,” Galaxy coach Sigi Schmid said after the Orlando City match. “When Ibrahimovic posts up, it’s like Shaquille O’Neal or people like that. You just don’t move them. And, what we’ve learned as a team is that we’ve tried to take advantage of that.”

That learning process has been difficult. Ibrahimovic was very much a part of the team during the Galaxy’s losing skid in April and May. The team had spent the preseason playing with Kamara as the main scoring threat up top but had to change the system a bit to fit Ibrahimovic in. While goals came at a steady pace, the team did not play well consistently.

More than that, the team did not inspire and did not have much confidence. It seemed like just a matter of time that the opponents would do something to harm the Galaxy and take control of the game.

“He definitely, as a striker, gives you that hope that at any chance the game can switch,” Galaxy midfielder Sebastian Lletget told reporters after the Orlando City match Sunday. “No matter how bad you’re playing. So as long as we get the ball up there and we start combining the players that we have and the talent that we have, he’s going to finish things off.”

The Galaxy will head to Colorado on Saturday with a nine-game unbeaten run in hand. The team was near the bottom of the table in May but now sits in third-place with 35 points, one off second-place LAFC. With Ibrahimovic’s 15 goals in tow, the Galaxy has scored 43 goals, tied with NYCFC for third-most in the league.

LA is coming together. Certainly, the team can score. The inspired play has been more consistent, and the team looks much more confident and together than it did three months ago. There is still room for improvement.

“We know how big of a player [Ibrahimovic] is going to be for us. But as a team and as a collective [unit] we have to get better at not conceding goals and showing up at the end of the game and waking up,” Lletget said. “I think we have to do a better job of that.”

Defensively the team can be sloppy at times. The Galaxy fell behind 2-0 to LAFC and should have been down by more when the two teams met last week. Orlando held a 2-1 lead at halftime before coming back in the second half. Overall the Galaxy has allowed 36 goals this season, second-most among the Western Conference teams sitting in the top six spots.

The defense has been a bit of a hindrance all season long. At times the back line has shown progress, at other times it has been poor. The consistency has not been there. Players and coaches recognize that the defense must be better during the last few months of the season.

“We know we are going to score goals. It’s just the other side of things that we have to get together,” Lletget said. “To win a championship in modern day football, we’ve got to collectively defend and we’ve got to help each other out.”

While other teams in the league have brought in players to strengthen weaker areas, the Galaxy is not in a position to do so.

“I would love to get reinforcements in the back, but we’re limited in terms of the salary cap as to what we can do,” Schmid said. “We’re in a situation where we probably have to offload a player before we can add a player. We’re trying and just not having any luck doing that.”

Offensively the team is dangerous and can run with anyone in the league. Defensively the team needs to improve. The mentality that the team has built over the course of the season is strong. The belief players have in one another is getting better.

The playoffs are still months away, but the team can look ahead and realistically point to that as a goal and a destination, not just a fantasy. Based on its summer form and how the goals have been coming, the Galaxy is once again a title contender.