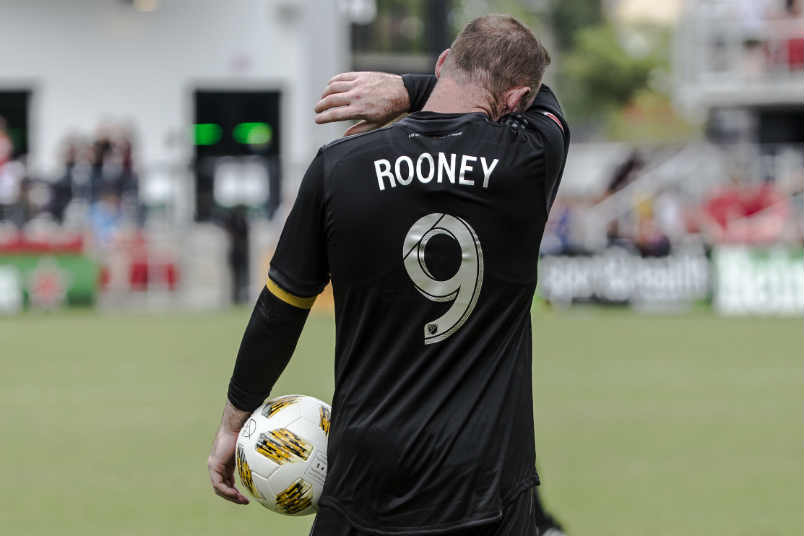 By Jason Davis – WASHINGTON DC (Sep 28, 2018) US Soccer Players – This is the season of delusion for some MLS clubs. The tail end of the regular season, fraught and tense, full of opportunity but equally drenched in peril, has a particular way of revealing who teams really are. Making the MLS playoffs in the fifth or sixth position almost always comes down to the last few weeks of the season. Margins are small or nonexistent. It seems like a single goal or defensive gaff will determine a team’s fate.

There’s a reality check coming. Let’s see who might be in line for a letdown.

Week 31’s schedule features a few games that could make-or-break the playoff chances for the teams involved. The drama levels are up. With so few chances left to grab points, the math is starting to bear down on clubs who entered 2018 with significant aspirations.

In addition to the teams officially eliminated from the playoffs – San Jose, Colorado, and Chicago – we can unofficially toss Houston, Minnesota, and Orlando City into the pack of clubs already looking ahead to 2019. Several results could end the Lions chance at a nearly impossible road to the postseason. Houston just lifted the US Open Cup trophy, but making the final six in the West are essentially nil. Minnesota is thinking about next year when the Loons will open their brand new purpose-built stadium.

Here’s what matters this weekend.

The Impact currently holds the last playoff spot in the Eastern Conference, but don’t “control their own destiny” in the usual parlance. DC United sits just five points back of Montreal and has played two fewer games. If both teams win out, United will slip past Montreal for a shot at the MLS Cup in 2018.

United is trying to pull off the miraculous turnaround that started with the arrival of Wayne Rooney in the nation’s capital and the opening of Audi Field. Since their big name Englishman arrived in town United is 7-4-3, with all seven wins coming at home.

While the record is better, the goal output for DC is only slightly better than before Rooney entered the lineup. In the first 14 games of the year all on the road or in temporary “home” venues, United scored 23 goals. In the 14 games since Rooney signed, United scored 25 goals.

The biggest difference in United post-Rooney is actually on the defensive side of the ball. Now able to retain more of the possession, Ben Olsen’s team can make better use of their goals. Before Rooney, United gave up more than two goals a game. After, it’s 1.35 goals-per-game.

Montreal’s challenge on Saturday at Audi Field is to make their chances count. Remi Garde’s team will look to play without the ball and counter against United’s more possession-heavy game. The key for the Canadians is the limit Rooney and Luciano Acosta while getting Ignacio Piatti and Alejandro Silva out on the break.

Saturday’s showdown with Montreal could determine the playoff race. If Rooney and company can beat the Impact, it would go a long way toward confirming United’s chances and putting Montreal in major jeopardy. If the Impact pulls off a mild upset on the road, they’ll give themselves a cushion and take their destiny in their own hands.

The defending champions are on life support with five games left in their season. In order to make the playoffs and have a chance to defend their title, Greg Vanney’s boys will need to win out and hope that Montreal, DC, and New England all fall flat down the stretch.

Toronto can aid in New England’s eventual elimination and help their own cause if they can beat the Revs at BMO Field on Saturday. Such is TFC’s season that they are still incomplete. Center back Chris Mavinga is back after a long injury layoff, but Drew Moor is still not fit enough to play. Moor’s absence played a role in the club’s inability to get a result at Red Bull Arena last week, a match Greg Vanney called “our season in a game.”

The math says TFC still has a chance, as remote as it might be. Last week probably did it in spirit, but a loss combined with a Montreal win would officially close the books on their playoff chances.

The story of Toronto’s season is largely one of injuries and schedule congestion. For New England, chalk up their current place outside of the playoff places to a troublesome streak of inconsistency. A penchant for shipping goals at inopportune times has bitten the Revs on numerous occasions, like in last week’s 2-2 home draw against the Fire. New England’s inability to grab three points against a team on the verge of mathematical elimination was a crushing blow to their playoffs hopes.

New England’s situation is better than Toronto’s, but only just. In their best-case scenario, the Revs need to beat the Reds at BMO Field and hope that Montreal and DC United draw in Washington. That would put New England in seventh place, three points back of Montreal with four games left for the Revs and three for Montreal.

Remember last weekend, when the Galaxy stunned everyone by dropping three goals on the Sounders, looking like a half-decent team in the process? That win was only a means to a lifeline, not a step into a playoff place. If the Galaxy is going to salvage the season with a new head coach and the demanding presence of Zlatan Ibrahimovic making for a strange stew, they’ll need to take care of business at home against the Whitecaps.

A win over Vancouver could pull LA into a tie with the Sounders for the sixth spot in the West, depending on the Sounders result against Colorado on Saturday. Even with a Seattle loss to the already-eliminated Rapids, the Galaxy would still be behind on the wins tiebreaker.

As has been the case all year, the overriding concern for LA will be their defense. The Whitecaps aren’t the league’s most dangerous attack, but they are lethal on set pieces thanks to Kei Kamara and Kendall Waston. Youngster Alphonso Davies is lightning quick hitting on the counter. Neither of those areas are ones in which the Galaxy excel on the defensive side of the ball.

Of course, the Galaxy’s own attack will be dependent on Ibrahimovic and his considerable skills. The biggest shift for LA since Sigi Schmid’s departure and Dom Kinnear’s move into the head coaching role has been a more direct approach. Occasionally pressure higher up the field (the better to take the onus off the back line) and get the ball to Ibrahimovic. It certainly worked last week.

The Whitecaps arrive in LA with their own new sideline boss. As opposed to the change in head coach only that the Galaxy executed, Vancouver jettisoned all of the senior coaching staff this week. Carl Robinson and his chief lieutenants have given way to academy technical director Craig Dalrymple. Vancouver made that change despite being only four points back of the playoff spots and still possessing a decent shot at the postseason.

The degree of difficulty for Dalrymple is extremely high. The Whitecaps are almost certain to sit back, invite pressure, and wait for a chance or two to spring their dynamic attackers. The question is whether that will be enough to save their season, or if a newly confident Galaxy will put a nail in their proverbial coffin.