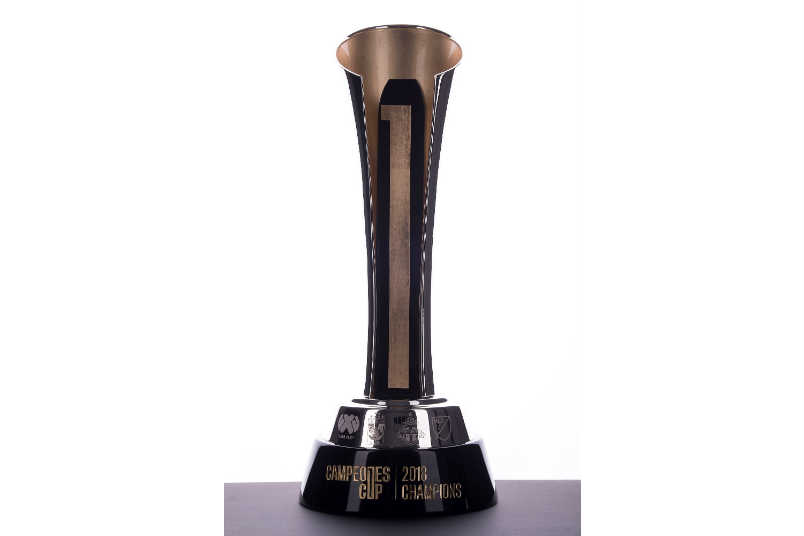 The jury will be out on this new offering for a while yet, based on the sparse crowd at BMO Field in Toronto and the skeptical responses among the respective fan bases. It’s not easy to start a new competition like this, bestow it with legitimacy, and shoehorn it into an appropriate window in an already congested calendar.

It will likely move to a different time of the year in the future, most likely a June or July date at either the end or beginning of the Liga MX season. Whether fans give it weight and value, regardless of the scheduling, is an open question.

On another level, the game itself is a harbinger of a bigger, deeper story. It’s the most concrete manifestation of the growing ties between the two leagues. Earlier this year MLS and Liga MX announced “a long-term partnership designed to strengthen the sport in North America” via Campeones Cup, an All-Star Game collaboration, and the “sharing of best business practices and a collaboration around social responsibility efforts.”

Let’s assume a collective eye roll at all the corporate-speak. There does appear to be some fire under all the billowing smoke, though. Depending on your perspective, what’s in the offing could be a genuinely groundbreaking positive development for soccer in the region, a business alliance to put the North American game in a chokehold, mere PR fluff, or anywhere in between.

Rivals on the field of international play as well as in the competition for fans’ hearts, minds, eyeballs and wallets, Mexico, Canada, and the United States were once three relatively distinct footballing worlds. In some ways, they even defined themselves in opposition to one another. El Tri and the US, in particular, have competed directly to recruit from the same rich dual-national talent pool.

Lately, though, they’ve found mutual benefit in banding together, from the successful 2026 World Cup bid to the steadily increasing dominance of Soccer United Marketing on the media rights and promotion landscape. Famously frugal MLS has opened up its purse strings a la Mexican club owners, to good effect. Liga MX has moved to scale back promotion/relegation and may soon kill it entirely.

“I think the differences between the two leagues are getting smaller and smaller and doing this partnership will help close that gap, not only between both of our leagues, but between our leagues and Europe,” Liga MX president Enrique Bonilla told reporters during a press availability at the MLS All-Star Game in Atlanta in August.

Answering questions in both Spanish and English, Bonilla struck a surprising forward-leaning tone in the spaceship-esque setting of Mercedes-Benz Stadium, even by the bullish standards of a powerful modern executive.

I found this to be a fairly striking statement, given how many in American soccer explicitly fear, and contest, the “brain drain” of young prospects moving south to Mexico.

“Probably when they see that they grow in a different environment and they grow with a different experience that is a benefit for the national team, then probably they’re going to clap and applaud and cheer for the decision,” responded Bonilla. “It’s as in everything; the change always scares some people, no? But we have to take the chances.”

The picture is complex in Bonilla’s country, too. Liga MX’s recurring efforts to cultivate homegrown talent in the face of large-scale importation of seasoned South American pros have prompted rules mandating the use of young domestic players. Some of those stymie would-be arrivals from the US seeking opportunity, even those of Mexican heritage.

“As everything, there are certain rules that apply in certain moments. But as I told you before, I think if we continue with this work together, both leagues, those rules are going to disappear and there’s going to be no border between us,” insisted Bonilla. “It’s just a matter of time, of doing the right things with strong steps, firmly in the right direction.”

Many players would welcome an easier path from the United States to Liga MX and vice versa, especially in light of MLS’s well-established wage suppression mechanisms. Are MLS investor/operators serious enough about this new relationship to cede their own leverage in such a way?

I had the chance to discuss Campeones Cup and the Liga MX-MLS relationship with Herculez Gomez, a Mexican-American USMNTer who played in all three North American nations and now covers the scene as an analyst for ESPN.

“Sooner rather than later I see a rebirth of a SuperLiga-type tournament like in the past,” said Gomez, alluding to the now-defunct (and oft-derided) event that ran from 2007-10. “I think that could be beneficial because the reality is that people enjoy these games, people enjoy this rivalry.”

“We are always learning the way that the MLS satisfies its fans. They have wonderful stadiums,” said Bonilla. “What makes the stadiums even better is the way clubs treat their fans before, during and after the match. That’s something we have to learn, to copy immediately. We have to apply it to benefit our fans.”

Old-timers are probably either amused or appalled by the very idea of Mexico, the United States, and Canada truly working together. Common goals are great. Eventually, that runs into a tangle of overlapping spheres of influence? Could all this even chip away at the heated, time-honored antagonism of the USA vs Mexico rivalry, one of the greatest in international soccer and in many ways CONCACAF’s hottest commercial property?

Photo courtesy of the Campeones Cup