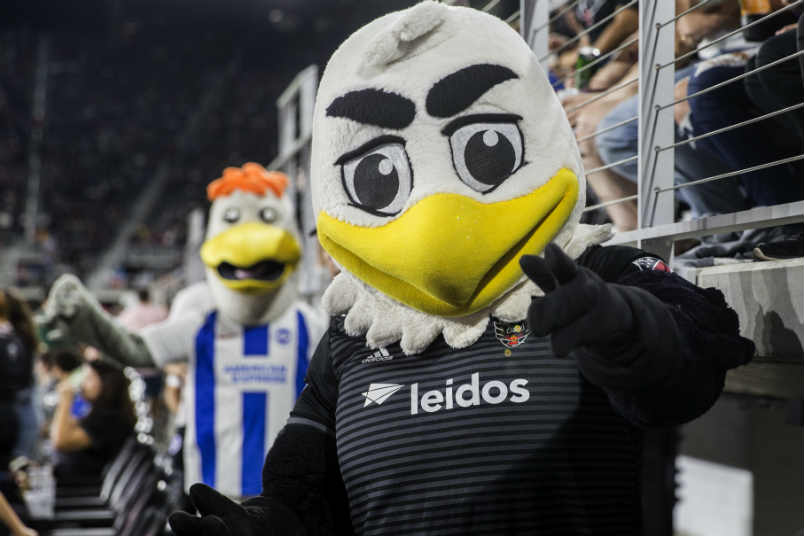 The soccer news starts with a look at the Eastern Conference table. DC United, the team with the back-loaded schedule of home games using that to make a lot of noise. As our MLS Power Rankings made clear, DC might be the Eastern Conference contender, but there’s one hard to ignore issue. They’re in 7th-place in the East.

Now, there’s the MLS scheduling caveat. The construction of Audi Field means a nice cushion of home games at the end of the season. It also means less games played. That number is eroding as we head into the final month of the season, but it’s still the big piece for DC United. 29 games played to 31 for the three teams in front of them. 3rd-place NYCFC is at 32 and then we’re back at 31 for the Red Bulls and Eastern leaders Atlanta. The difference in points between DC and Atlanta? 25.

DC dug a massive hole on their road swing, creating a time constraint that’s now the story. Five games left to play, two of those against teams likely to make the playoffs. There’s another twist, because this is MLS and there’s always another twiet. New England is in 8th-place, three points behind DC on 30 games played. They’ve also got an opportunity to make a move in October.

So where is DC right now? They’re not overly reliant on Wayne Rooney banging in the goals, but we’re now all aware of what Rooney can do with time on the ball. That disruption is a key part of United’s run of form. They can use Rooney not just to eat time, but to do things that causes defenses to doubt themselves. That’s an advantage, and even if it only counts for a handful of points it’s the difference between contending and continuing that early season struggle. Does it mean DC is a legit contender masquerading as a team just out of the playoffs? Maybe, but it’s not completely convincing.

When DC United drew 3-3 at home with their old friends the Red Bulls on September 16, Ben Olsen said something that was more than coach-speak. “I thought overall we were good and we deserved more out of the game but that doesn’t do anything for us right now. But, for long stretches I thought we were a very good team. We put them under pressure and created a lot of chances. Anytime we score three goals at home, we should walk away with three points.”

Ok, it was coach-speak, but he hit on something that could end up resonating in October. United can score and still end up “deserving more”. What they’ve created over the second-half of the season is one of the major stories of 2018, but it’s still ongoing. A slip or two, and it’s just a story that ended in October.

USSF spokesperson confirms that #Crew96 assistant Josh Wolff will be with the #usmnt during the upcoming int’l window as a guest coach. USSF insists this has nothing to do with the ongoing search for a permanent manager. (1/x)