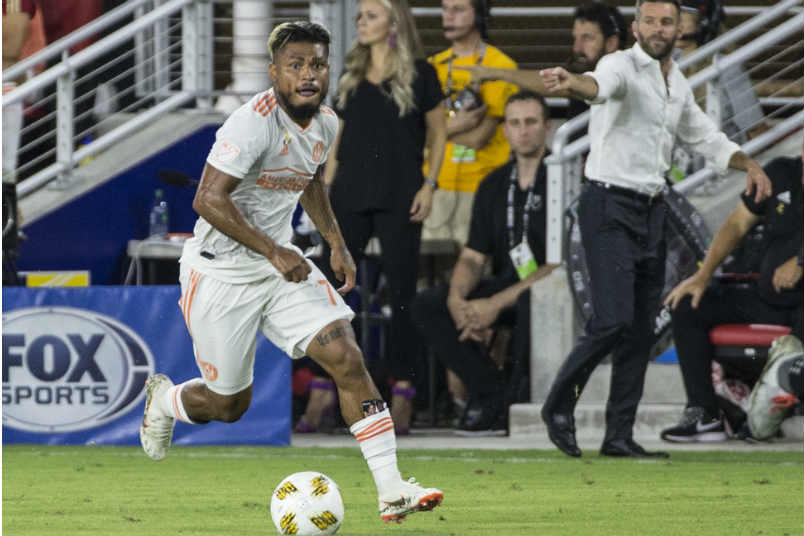 By Clemente Lisi – NEW YORK, NY (Oct 8, 2018) US Soccer Players – It’s no secret that MLS aspires to be one of the world’s best domestic leagues. While the league still has a long way to go, they can claim something already. It’s the competitiveness we see in October as teams maneuver for the playoffs. The road to MLS Cup makes North America’s league somewhat unique in world soccer.

Leagues and teams do not exist in a vacuum. The players on those teams determine the overall quality of a league. While MLS has seen a dramatic increase in the quality of talent in recent years, it is also true that the league has reached an important crossroads. Does MLS part with great players and replenish those rosters much like South American leagues do when players sign with European clubs? Or do they hold on to those stars in an effort to emulate the big clubs in Europe? That’s the debate dominating front offices across MLS teams.

Until recently, the strategy seemed simple. Buy lots of splashy, big-name players and pad those team rosters with young talent. The numbers back that up. The top six associations by net transfer spending in 2017, for example, were England, Germany, China, France, Italy, and the United States. Last year, American clubs bought $69 million worth of players, while raking in just $2.4 million in sales. The data, compiled by FIFA, was surprising and pointed to MLS’s ambitions.

The situation could be changing after the recent departure of Vancouver Whitecaps striker Alphonso Davies. The 17-year-old signed with Bayern Munich in January for $13.5 million, setting a record for the most-lucrative player sale in league history. The amount could rise to $22 million if Davies meets certain performance levels. This move could serve as a template for other teams and players. New York Red Bulls defender Tyler Adams is leaving for RB Leipzig following this season.

It’s not just Homegrown Players who could be leaving. Atlanta United FC, for example, is having a great season thanks to striker Josef Martinez. Will Atlanta, a contender to win MLS Cup, keep Martinez or sell the striker off in its effort to become known as a developer of talent for the rest of the world? The upcoming January transfer market will be a key indicator of where this trend is heading.

Martinez’s record goal-scoring season has brought him attention from Europe. Whether Atlanta will part with him remains a big question going forward. The anecdotal evidence points to yes. While Martinez has said he is happy in Atlanta, European clubs are more attuned to what’s happening in MLS and have taken notice of players. In an interview with Spanish sports daily AS in August, Atlanta coach Jose “Tata” Martino admitted, “I’m here to help with (Martinez’s) education and try to contribute something to him that helps him get back to Europe, something I told him I would do back in our first phone conversation.”

It really depends where players who are leaving are going. Having Homegrown Players sign with European clubs is a great thing for MLS. Losing a player like Martinez to a Spanish club would mean different things, for example, if he were to instead depart for China. The loss of Obafemi Martins to the Chinese league dealt a blow to both the Seattle Sounders FC and MLS. That’s competition, something European clubs are not.

It says a lot about MLS when European clubs are willing to scout players and determine they can excel in places such as Spain, England, and Germany. Martinez came to MLS via Serie A club Torino. His three years there were lackluster, where he scored just seven goals in 58 matches. That poor showing may be more of an indictment on the club than Martinez. Despite its storied past, Torino last won the league in 1976. The Venezuelan striker was clearly not a good fit there. His move to MLS proved the biggest indication to those who have little respect for American soccer.

It’s the same situation with Toronto FC’s Sebastian Giovinco. His arrival in 2015 while still in his prime has been a boon for the league. It also helped Toronto to an impressive treble last season. Although Giovinco wasn’t in Italy’s plans in recent years, though the former Juventus striker has finally caught the attention of new manager Roberto Mancini. He will be part of the team that will play Ukraine in a friendly on October 10, then visit Poland four days later in the UEFA Nations League.

Giovinco and Martinez have made the most of their time in MLS and that has helped the league. For Martinez, he’s been able to do so in the form of goals, cruising this season to the Golden Boot. He’s been such a success that that teams across the league are on a quest to find the “next Martinez.” In a recent MLSSoccer.com feature, the Sounders have hopes that Raul Ruidiaz will be that player next season. While Ruidiaz has only played in 12 games since he arrived in July as a Designated Player from Liga MX club Morelia, the 28-year-old striker already has seven goals already in just 918 minutes.

Fellow Atlanta star Miguel Almiron also has interest from European clubs. Whether Martino or Almiron leave for Europe in 2019 will help determine what kind of league MLS wants to be going forward. Moving away from signing superstars in the twilight of their careers has meant a shift in mentality. Developing players and signing European and South American players in their primes means MLS could very well be a feeder league for the rest of the world. It’s constantly being able to develop and sniff out talent at home and abroad that will help MLS’s reputation grow.