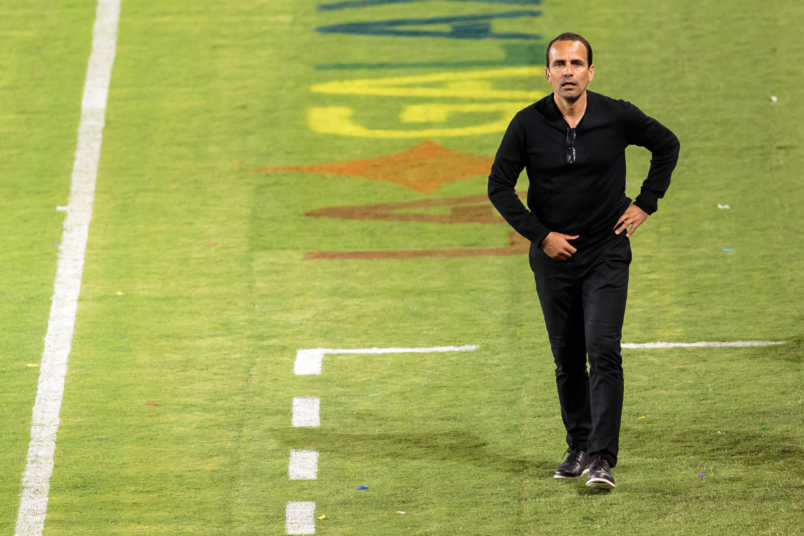 The soccer news starts with confirmation of earlier reporting over the weekend. Oscar Pareja is no longer the coach of FC Dallas, leaving the MLS team for Liga MX's Club Tijuana. The move is interesting for both teams. From a Liga MX perspective, is Pareja the coach that stabilizes the situation for Tijuana? From an MLS perspective, what happens to a team that if anything has under delivered over recent MLS seasons?

Pareja joins Club Tijuana with one clear goal. Make the playoffs. Missing the playoffs might not be as ominous in a split-season league like Liga MX, but there's no value for being on the wrong side of mid-table. Tijuana finished 6th in the 2018 Clausura, advancing to the semifinals. This season, they'll finish no higher than an unlikely 12th.

Back in Dallas, under Pareja they might be the most complimented club in MLS. They're the one that slots right in whenever there's a discussion of the MLS academy model. They're also the best example of a what if club, namely "what if" they could've held onto youth product Weston McKennie. Then there's the back-to-back Western Conference titles in 2015 and 16 after missing the playoffs entirely the previous two seasons. Dallas turned into a power in the Western Conference under Pareja, but that power was waning.

Dallas missed the playoffs in 2017, with their 7th-place finish flattering a club that never got it together that season. This time, a 4th-place finish meant a knockout round exit. That raises the knockout round scenario. Does getting one more game salvage a season? Maybe not, considering Dallas's situation. It was probably enough to stop them from considering an overhaul. Now, they have no choice.

With the academy system in MLS drawing scrutiny over its ability to produce first team players that stay in the league, that's an issue. So is the recruitment of Central and South American players, something that's working for clubs like Atlanta United and once worked for Dallas. Then there's the coaching market in general. Dallas joins a group of MLS teams considering their options this offseason. That includes the Galaxy, a team with the lure of a Southern California lifestyle and designated players.

"This was a difficult decision for me and my family," Pareja said. "FC Dallas has been our home for many years, but we felt it would be best for us to seek a different challenge which enables me to keep growing as a coach,” Oscar Pareja said. “This club and its players are heading on the right path and I have no doubt they will get there."

MLSsoccer's Bobby Warshaw looks at Pareja's decision. The Dallas Morning News' Peter Welpton highlights the issues Dallas faces with a coaching search. The Athletic's Miki Turner reports that MLS is considering changing the regular season schedule and the playoffs for next season.

Scans today have shown that @WMckennie has suffered no serious muscular damage and will only miss a few days of team training 🙏#s04 pic.twitter.com/5gY0f3LtMt