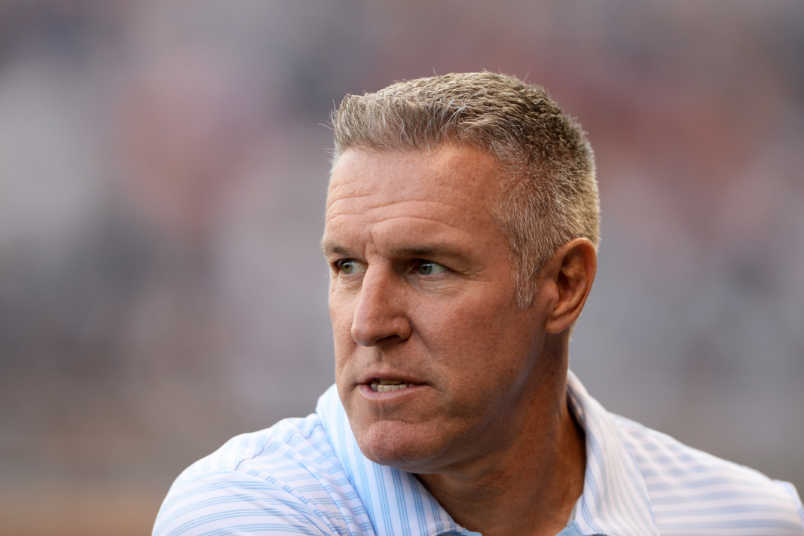 By Jason Davis – WASHINGTON DC (Nov 16, 2018) US Soccer Players – There’s still more than a week to go before the FIFA international break is over and MLS resumes its playoff season with the conference final stage. The anticipation for one matchup, in particular, is already high. The Eastern Conference final, pitting the record-breaking New York Red Bulls team against the club the’ beat to the line for the Supporters Shield, Atlanta United, is already a potential high-watermark in the annals of MLS history.

It makes some sense. The Red Bulls bettered Toronto FC’s record point total for a regular season with their 71 points. They did it with a system notable for its high-energy, high-chaos approach. Atlanta United has turned the league on its head with a swashbuckling attacking style masterminded by coach Tata Martino and featuring the new all-time single-season goalscorer in Josef Martinez.

New York’s midseason coaching change and the impending departure of Martino from Atlanta when the season comes to a close add intriguing storylines to a match-up already bursting with possibility. The spotlight is on New York and Atlanta because they were the best teams in MLS over the course of the regular season.

The Eastern Conference final won’t crown an MLS Cup champion. That honor doesn’t play out over two legs. The only way the East wins the title that matters is by beating the Western Conference winner on December 8.

Perhaps the Western Conference final isn’t as sexy as what’s happening east of the Mississippi, but it does have its own fascinating elements. Top seed Sporting Kansas City did something they haven’t done since 2013 in winning a playoff round and advancing beyond the opening week of the postseason. Avoiding the knockout round was key to that success. Every year since Sporting lifted the MLS Cup in 2013, they crash out in the knockout round. An improved attack to go with the typical defensive excellence was the key in pushing SKC to the top of the table.

Against Real Salt Lake, Sporting benefited from a mistake by Nick Rimando that led to a game-tying goal from Diego Rubio in the first-leg. Holding a slight advantage on the away goal tiebreaker, Sporting fought off a valiant RSL team with a 4-2 home win to book a place in the final four. Three different Sporting players scored in the win.

Portland’s run to the conference final started with the knockout round. The Timbers handled FC Dallas on the road in Texas, leaning on two goals from Diego Valeri, and booked a place in the conference semifinals against the Sounders. Portland overturned the history of road teams in the knockout round with the victory. Prior to 2018, only five road teams had prevailed on in the first round of the playoffs.

The Timbers conference semifinal tilt against the Sounders proved to be one for the ages. After taking a 2-1 lead at Providence Park in the opening leg, the Timbers fought back against Seattle to level the game and maintain an aggregate lead. Then the Sounders found a stoppage time series equalizer. Both teams scored in extra time before the Timber prevailed on penalty kicks. A bit of luck like of the type they had in Seattle would serve the Timbers well in their clash against Sporting.

Portland head coach Giovanni Savarese has made his own luck in his first year on the job in MLS. After earning his way to the top division with championships at the NASL level, Savarese is proving the decision to hire him was an inspired one. Savarese tinkered with the setup and lineups the Timbers used in 2018. He finally settled on sitting deep and using the speed and intelligence of his players to punish opponents on the counterattack.

Man-for-man, Portland defense isn’t as good as Sporting. However, with Diego Chara and David Guzman sitting in front of them to slow teams down and clean up messes, the Timbers might have an edge.

For longtime watchers of the league, it might sound odd that anyone could have a defensive advantage on Peter Vermes. The longest tenured head coach in MLS puts together tough, defensively stout teams that don’t give up many goals. In the regular season, Sporting didn’t exactly ship a ton of goals. They conceded a total of 40 in 34 games, good for third overall in MLS. Their newfound desire to attack with numbers and possess the ball makes the West’s top seed susceptible to exactly that thing Portland loves to use, the counterattack.

Vermes stands out in these playoffs, and not just because of his fiery sideline demeanor or trademark flattop hairstyle. While Savarese and New York Red Bulls head coach Chris Armas are in their first seasons in charge and Gerardo Martino is leading Atlanta for his second and final season, Vermes has been on the sidelines in Kansas City since 2009.

In a league that has changed as much as MLS has since Vermes took over as head coach during the 2009 season, that sort of longevity is remarkable. Vermes’s personality flows across the whole of the Sporting program, with so much of the club’s success directly attributable to him. Despite clubs across the league striking out in search of transformative figures to take charge of their on-field product, what Vermes does continues to work.

The West’s battle for conference supremacy and a berth in the final could be a clash of the underdogs. No matter which side comes out of the semifinal, they know they’ll be second choice to lift the cup to whichever team comes out of the East. The West winner knows they’ll be on the road for the MLS Cup final, carrying with them the proverbial chip on the shoulder.

When playing their particular well-honed system, both Sporting and Portland are difficult to beat. Sporting boasts a cadre of capable goalscorers, and Portland can kill teams with the skill of Valeri, Blanco, et al. Both midfielders have tough, edgy veteran leaders in the form of Chara and Sporting’s Roger Espinoza. Both even boast late-game attacking specialists. Sporting’s Diego Rubio has been that man for the top seed, while Dairon Asprilla—who rarely scored during the regular season—played hero in Portland’s triumph over Seattle and might be dangerous in the conference finals.

It’s not the glamor matchup of the round. Neither of the teams features multi-million dollar-rated transfer targets or internationally recognized coaches. It will, however, be an interesting study in tactics and strategy. That takes place in front of full, rowdy houses in both Portland and Kansas City. As the “lesser” of the two conference finals go, that’s more than good enough.