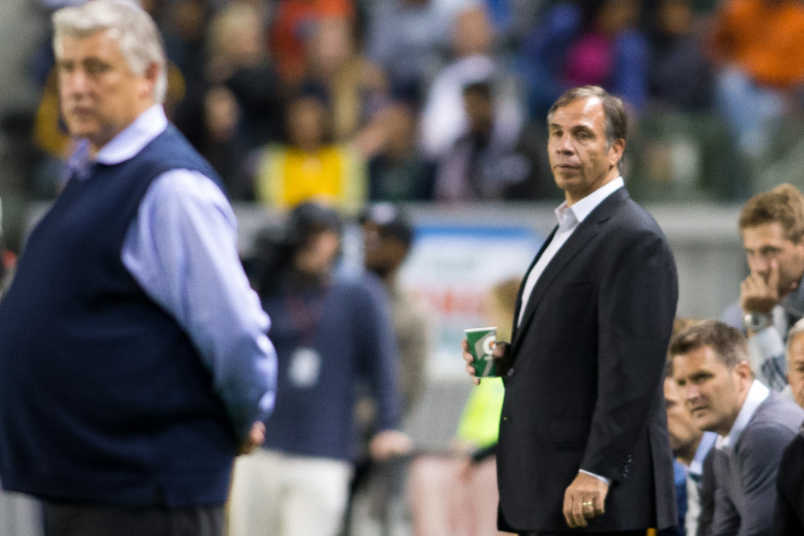 By Charles Boehm – WASHINGTON, DC (Nov 29, 2018) US Soccer Players – Not so long ago, MLS coaching work was something of a closed shop. Head coaches generally came from a certain sort of pedigree, usually domestic and often part of one or two influential personal networks. Back in 2016, the league’s official site dubbed those networks “coaching trees.” They originated with Bruce Arena and Sigi Schmid and linked the majority of MLS bosses at that time. That hinted at a landscape of cozy connections and decision-makers that, to put it charitably, did not represent a particularly broad swath of the global game.

Assistants tended to come by their positions in similar fashion. With stability a widely-held value, coaches struggling to get good results were typically given many months, even years, to right the ship before their seats got truly hot. The term “coaching carousel” was common in MLS circles. Once a team made a change, new hires tended to come from a limited pool of candidates. They might move from one spot to another, but not necessarily up or down, in or out of the pool.

In 2014 the Mexican newspaper El Economista conducted a study comparing rates of managerial change in soccer leagues around the world from 2002-14. Measuring in both seasons and games in charge, it found that MLS coaches enjoyed the most longevity of the bunch. The league’s average tenure ran more than three times that of their Mexican counterparts and more than six times that of Brazil, where coaches lasted less than 16 games on average.

So a league with the congenital challenge of living in the two worlds of North American sports and global soccer appeared to have clearly settled in the former when it came to coaching hires. As ESPN’s Austin Lindberg documented in 2015, at that point neither MLS (at 34 percent) nor any other North American league were anywhere near the English Premier League’s 53.7 percent managerial turnover over the previous two decades. Keep in mind that the EPL had ranked second only to MLS in El Economista’s list of longest coaching tenures!

As the 2018 MLS season draws to a close, the picture has changed significantly.

This week Oscar Pareja completed his move to Club Tijuana. He left FC Dallas after five seasons to try his luck in Liga MX and bringing this year’s number of MLS coaching changes to eight. That’s a new league record for turnover beating last season’s new record. 2017’s five changes had broken a nearly-20-year-old record of four changes in one season, seen in both 1998 and 1999.

Plus, there’s almost certainly at least one more change coming in 2018. Columbus’s Gregg Berhalter is widely expected to depart the Crew shortly, most likely to the vacant USMNT job but almost certainly to a new locale one way or another. This is not a simple case of more things happening in an expanding league where there’s twice as many teams as there used to be.

Let’s dig into these numbers a bit. At the moment MLS is experiencing a 34.7 percent turnover rate in 2018. If and when Berhalter moves on that number will rise to 39.1 percent. Should we see a surprise departure somewhere else between now and the end of the calendar year it will climb another notch, to 43.4 percent turnover. At the time what was the relative upheaval of four coaching changes in a 12-team league back in ‘98 and ‘99 worked out to 33.3 percent turnover.

The current rates still aren’t close to what happens in Latin America, home of many a hair-trigger owner and board of directors. They’re not even at those long-term EPL levels north of the 50 percent mark. Yet, something does seem to be happening here.

Certainly, the stakes have gotten higher. It’s always cost a lot of money to run an MLS team. Now it’s possible to make a decent amount as well. The league’s increased relevance makes for greater exposure and vanity on the line as well. A bigger and more diverse ownership board surely gets the competitive juices flowing, too.

However, it’s particularly intriguing that of the eight coaching changes so far, half of them were the coach’s decision to leave, rather than the club’s move to dismiss him. It’s the same scenario with Berhalter if and when he leaves the Crew.

Pareja’s Dallas won the Supporters’ Shield and US Open Cup in 2016. He helped construct nearly every key aspect of their current operating model. That includes the prolific academy, savvy scouting network, adaptable tactical philosophy, and under-the-radar Latin American imports. Pareja seemed to reach a cul-de-sac in North Texas this year. The Xolos gig is a new challenge and a timely change of scenery.

It’s similar with Berhalter. He built a recognizable ethos and style of play in Columbus. He also has ample motive and opportunity to move along to bigger and/or greener pastures. Also for Gerardo “Tata” Martino, who will depart Atlanta United reportedly for the Mexico national team job at the end of the season. He chooses to leave as a revered architect of a genuinely game-changing expansion project, and quite possibly as an MLS Cup winner as well.

MLS’s New York franchises might count as ground zero for this phenomenon. Both the Red Bulls and NYCFC experienced midseason coaching changes on account of hungry young bosses eager to try their hand in Europe. Jesse Marsch left for RB Leipzig and Patrick Vieira moved to OGC Nice. With both, their exits meant something for the league itself. Their success becomes MLS success.

Tata’s arrival and success is the same for Atlanta and the league. It’s somewhat harder to tell whether he’s driving, or just reflecting, a deeper shift in the coaching culture. Maybe MLS has finally become a place where both coaches and players alike can make a name for themselves and bolster their career prospects on their way up the ladder. The tricky part is that this, too, provokes more turnover in the ranks, because the world’s biggest leagues are still well above it in the broader pecking order. So ambition and success can lead to just as much change as failure and underachievement. Effective people generally want to move forward.

This has long been the reality abroad. A quarter-century into the grand MLS experiment, is it now imposing itself here as well?

If it is, that’s both a challenge and an opportunity to an MLS executive class that has sometimes appeared stale and conservative over the years. Last week Tata uttered a familiar coaching truism that’s flown in to roost in MLS at last: “You always have to have your suitcase packed.”