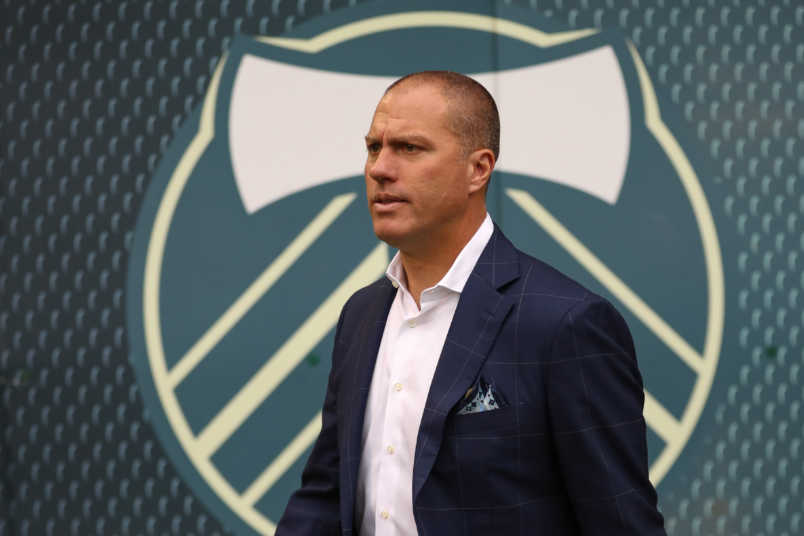 By Jason Davis – WASHINGTON DC (Dec 7, 2018) US Soccer Players – There’s no rule that says a championship game must have a favorite and underdog. It’s quite possible that two teams can arrive at a final equally matched, on paper or in reality. That takes away the need for the tried-and-true narrative that one team is the obvious choice to win while the other is fighting an uphill battle. It doesn’t happen often, but it does happen.

This year’s Major League Soccer finale is not such a game.

Eastern Conference champion Atlanta United is facing off against the Western Conference winners the Portland Timbers at Mercedes-Benz Stadium in Atlanta on Saturday (8pm ET – Fox). 70,000-plus of Atlanta’s new soccer throng will be on hand with a contingent of committed Timbers fans in attendance as well. Atlanta finished second in the Eastern Conference during the regular season, missed out on the Supporters’ Shield by a single point, and scored 70 goals over 34 games. They’ve earned their status as favorite.

All things considered, that doesn’t tell us much about Portland. The conference imbalance this season is once again in play. The Timbers navigated their way to the MLS Cup final through a gauntlet that included winning performances in Frisco, Seattle, and Kansas City. Despite playing as an underdog, by the estimation of most and certainly them, in every round in the West, the Timbers prevailed each time.

“I think everyone has written us off. Again, tonight, no one gave us a chance and I’m sure no one is going to give us a chance in the MLS Cup Final,” defender Liam Ridgewell said after the victory over Sporting Kansas City.

Even if the Timbers weren’t wearing that underdog label, they might push their status as the second-choice on Saturday anyway. The history of teams using that for motivation in championship games is as long as the history of organized sports itself. There’s power in playing the underdog, especially on the road, especially when your confidence is high enough erase any doubt that might come from being the less fancied team.

The Timbers are raging against the idea that they can’t win to improve their chances that they will. At least, that’s the concept. The psychology of it all is a bit murky.

It’s true that few were picking the Timbers to end up at the MLS Cup final at any particular stage of the season. The Timbers weren’t a preseason favorite in the regular season, though a few predictions had them making the playoffs. When the playoffs started, 5th-seeded Portland was a longshot. Heading into the conference final against the Sounders, it was Seattle that looked like the hot team destined for another shot at the championship.

Even Portland’s chances after the first-leg of that series against Seattle augered trouble since the Timbers conceded an away goal to the Sounders. Of course, Portland managed to score an away goal of their own in regular time, helping push the series into extra time and eventually penalties.

Let’s quickly point out that there have been plenty of good reasons for Portland’s lack of “respect” in 2018. The club entered the year with a new head coach whose resume, while excellent at the second division level, wasn’t easy to parse for first division success. Portland finished fifth in the regular season, a data point that naturally made them underdogs in the playoffs.

History says that going on the road in the knockout rounds is extremely difficult. The narrative almost always swings in the direction of history.

The Timbers have been underdogs most of the season and arrive in Atlanta ready to capitalize on whatever small bit of extra edge the tag will give them. Some of their outrage is born not from events on the field or a perception that United’s flashier names and style make them the clear favorite, but from the spotlight shining on the two-year-old team.

It’s odd to consider, but it seems the Timbers really do think of themselves as disrespected as a club in comparison to the new kids in Georgia. Atlanta continues to garner headlines on the strength of the club’s popularity in the city, a popularity that will be on full display on Saturday night. The newness of the club and the waves it has made with multi-million dollar transfers and a high profile head coach have pushed almost every other club in the league to the sidelines.

That includes Portland, a (still) young MLS club that has some of the best support in the country. It’s possible that the MLS community of writers, broadcasters, and fans is taking the Timbers and their supporters for granted a bit. Still, it remains true that no one places Portland anywhere but the top for home atmosphere and fan passion. What Atlanta has on Portland in terms of sheer numbers, the Timbers more than make up for in established fan culture.

If all of this makes it seems like the Timbers’ collective shoulder chip is more of their own making than suffered by them, that’s probably the point. “Us against the world” has the special quality of being both a rallying cry and an excuse. If the Timbers don’t prevail in Atlanta on Saturday night, it will be because they were never supposed to overcome Atlanta’s superior talent and massive home crowd.

If the Timbers do manage to spring the upset, such as it is in parity-laden MLS, they’ll have accomplished something even more remarkable than the prosaic winning-of-a-championship. They’ll have knocked off the new behemoth of MLS.

The irony is that the Timbers themselves are something of a behemoth, especially if they win the title on Saturday. A victory would mean two MLS Cup trophies in a four-year span. It’s an incredible achievement by any measure. MLS history is rife with mini-dynasties. There would be good reason to discuss Portland’s place among that group.

The Timbers even added a degree of difficulty in reaching two finals so close together by going through a coaching change. None of the league’s historically great teams in their best periods ever achieved multiple titles under two different bosses. Should they get that underdog label? Is anyone really disrespecting them?

The answers don’t really matter. The Timbers are going to play the role because it suits them. The rest of the world waits to see if they can pull off a massive upset that might not really be an upset at all.