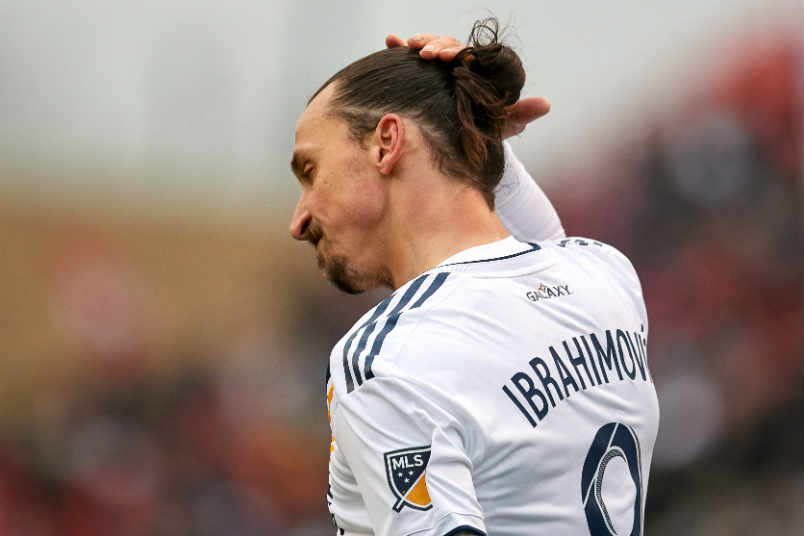 By Luis Bueno – RIVERSIDE, CA (Dec 12, 2018) US Soccer Players – On his first official day as the LA Galaxy’s general manager, Dennis te Kloese was already making things happen. Zlatan Ibrahimovic is set to stay on for 2019 as a roster shakeup appears imminent, Caleb Porter is on the brink of becoming the next Galaxy coach all the while revealing the vision for the future. If this is a glimpse of what the Dennis te Kloese era will look like, the Galaxy is well on its way for a revival.

The Galaxy organization will yield results across all levels from the first team, to Galaxy II, to the youth academy. They’ll do it with an ingredient that has often been lacking at StubHub Center – professionalism. Arrogance has been an issue for the Galaxy. Now, they have the opportunity to set that aside as they move forward under te Kloese.

Rebuilding the club’s mannerisms and style isn’t the point. It’s restoring the club to its former glory, justifying that institutional arrogance. Te Kloese appears set to build from the top. The way te Kloese explains it, the Galaxy must be a first-class organization to lure the vast talent that exists in Southern California to aspire to play for the first team. Having a local identity and connection to the area must be an element of the first-team roster. It may take time to get there, but the goal is in place.

“We have to have a clear identity in how we develop our players,” te Kloese said in a media conference call. “And I do think that is a big challenge because the Galaxy has always and will always be known as a place for high-profile players which make a direct impact and carry the team to big success. But I think there is also a need for a little bit of a more local identity.”

Having players aspire to play for the first team is difficult when the first team is playing poorly. The Galaxy has failed to reach the postseason in each of the past two seasons and has gone through three coaches in that span.

To try and combat that, the Galaxy will have Ibrahimovic around in 2019. According to reports, Ibrahimovic and the Galaxy have come to terms on a contract for next season that will make him a Designated Player. Ibrahimovic was a sensation in his first season in MLS, scoring 22 goals and adding 10 assists, doing that at 37 and not a year removed from a major knee injury.

For any team longing to stand out in a good way, having Ibrahimovic’s scoring prowess and strong personality at the helm is important. However, it is something that will likely come at a cost. If Ibrahimovic becomes a Designated Player, then one of the Galaxy’s three current DPs – Giovani Dos Santos, Jonathan Dos Santos, Romain Alessandrini – will have to either leave or restructure their own deals.

As the now former director of Mexico’s national teams, te Kloese may already have a strong relationship with the Dos Santos brothers which would be beneficial in trying to get something out of Giovani. The much-maligned elder brother has underachieved since joining the Galaxy in 2015, and the team’s patience may be wearing thin. Te Kloese said in the conference call that he would have a meeting with Giovani before determining anything regarding the player’s future.

It may be Alessandrini though who is on his way out. Alessandrini posted a cryptic photo on his Instagram account that may serve as a farewell shot. Posted on Dec. 2, the black-and-white photo shows Alessandrino from behind, moments before taking the field for a match. The caption reads “A tough life experience is made to learn and move forward…. See you soon IG.”

After fans spotted Porter sitting next to Galaxy management courtside at an LA Lakers game, the former Akron University and Portland Timbers coach is reportedly in talks for the coaching job. The move makes sense. Porter led the Timbers to an MLS Cup and is a high-profile name. He left the Timbers after the 2017 season. Portland reached MLS Cup 2018 mostly with a roster Porter helped put together during his tenure in Portland. It is possible Porter would have a say in player transactions but te Kloese is the general manager.

Former Galaxy coach Bruce Arena had the final say in player moves also holding the GM title. Since his departure after the 2016 season, the bulk of that responsibility first fell to Peter Vagenas and then Sigi Schmid. Both are no longer with the organization.

The longest-term project for te Kloese though is the one that could keep the Galaxy hitting on all cylinders for years to come. If the Galaxy can tap into the rich talent available in Southern California in a way the benefits the first team, the Galaxy will produce its own first-team stars.

“We have to have a clear identity in how we develop our players,” he said. “I do think that is a big challenge because the Galaxy has always and will always be known as a place for high-profile players which make a direct impact and carry the team to big success. But I think there is also a need for a little bit of a more local identity close to those players that the Galaxy has invested highly in, in the last few years.”

Te Kloese also indicated that the youth system may receive a bit of a makeover. It is likely he brings in some higher-level coaches to work within the youth system to help move it in a different way while strengthening player development.

A youth academy that produces talent either for the first team to use or to ship away on the transfer market for a profit is the goal of many clubs around the globe. Trying to bring a greater element of that to the Galaxy is a challenge. The way te Kloese’s first day went, though, it will be one that the club will meet with professionalism and class.