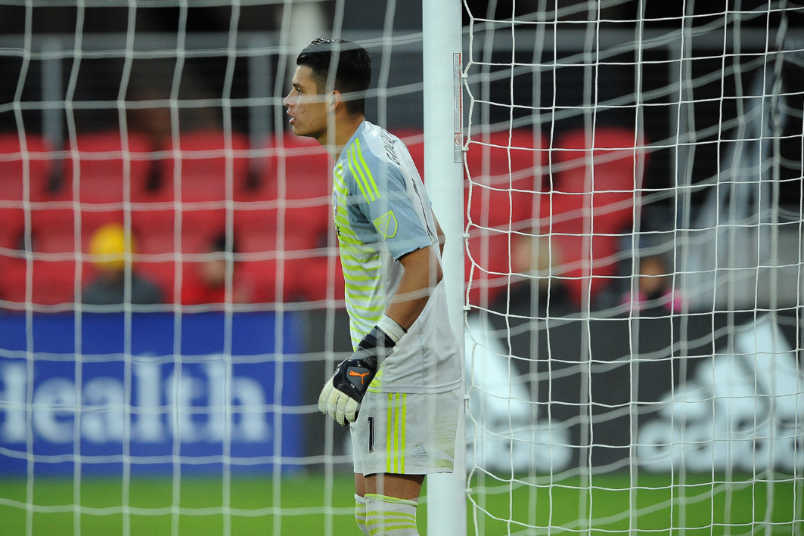 By Jason Davis – WASHINGTON DC (Dec 14, 2018) US Soccer Players - FC Dallas is not a team with millions to spend in the pursuit of a championship. It doesn’t have a grand, state-of-the-art stadium in a downtown location. It doesn’t glow with the shiny newness of MLS expansion, being an MLS original with a rebrand in its past.

Standing out is difficult if you’re FC Dallas. Keeping up with a changing MLS, one that is now turning on spending more than ever, borders on impossible. If you’re a club stuck in the middle of the league financially, competing for championships is as much about good fortune and the occasionally brilliant under-the-radar signing as anything else. Those things rarely coincide. Chasing them is maddening and inefficient.

There’s nothing wrong with struggling year-to-year to try and squeeze into the playoffs, hoping that an MLS Cup title run might follow. Most of the teams in MLS will do exactly that. Some of them might even be successful.

Following coach Oscar Pareja's November exit for Club Tijuana, FC Dallas faces a crucial question of identity. Under Pareja, the club developed a reputation for playing products of its academy in the first team. That commitment to youth, combined with regular finishes near the top of the Western Conference standings, elevated FC Dallas about the soft middle of MLS clubs.

Dallas mined the international market for budget-level players to fill out its roster. Still, it was the willingness to give the kids a chance was their calling card. With Pareja gone, FC Dallas faces the challenge of passing his baton to someone else who will play young players while also coaching to win games and keep his job.

Asking an outsider to jump on board the program could prove difficult. Staying the course under a coach less proven than Pareja will be unpalatable. Pareja wasn’t solely responsible for FC Dallas’s identity, but his departure leaves a gaping hole right in the middle of it. Add in the departure of vice-president of soccer operations Luiz Muzzi to Orlando City and the club is now at a crossroads.

So what will FC Dallas do? According to multiple reports, FC Dallas isn’t taking the easy way out. The club doesn’t intend to try and muddle through, grabbing a few internationals to go with a handful of competent Americans and aim for the low bar of a playoff berth. Instead, it will double down on playing its young players, squeezing its academy for even more talent, and lean into the identity nurtured under Pareja.

The reasons for the decision are myriad. They speak both to FC Dallas’s position in the MLS hierarchy of resources and the league’s move towards becoming more of a seller of young talent.

FC Dallas’s greatest strength is its academy. Since MLS initiated a push for academies across its member clubs, no team has signed more Homegrown Players than FC Dallas. While the number of players coming out of the academy that contributed to the first team is relatively small, no one would accuse the club of not having an abundance of talent at its disposal.

A list of FC Dallas academy signings doesn’t even tell the whole story. US international Weston McKennie left for Schalke before ever signing a professional contract with the team. It sounds simple, but there are plenty of MLS clubs refusing to accept the realities of their situations, or who avoid the long view.

Going young is a guard against losing players like McKennie, who will now see FC Dallas as a place where minutes are available. Those harboring European ambitions may still leave, but more than a few academy products will sign with the hometown team over the unknown of moving across the globe if they believe they will play.

Dallas’s youth movement will likely involve signing young talent from outside of the club as well. This coincides with the league deciding that it’s time to turn academy investment into revenue. At his State of the League address ahead of the MLS Cup final in Atlanta, MLS commissioner Don Garber admitted publicly what many observers have known for some time: MLS needs to become a selling league.

“We all need to get used to the fact that in the world of global soccer, players get sold,” Garber said. “We have been buying for so long, and as we’ve gone through the analysis, it’s hard to justify that investment and the investment that we have to make in player development. We’ve got to have something that turns this model around or else it’s going to be unsustainable. When I see Alphonso Davies get sold for what could be $22 million, that’s a positive thing for the league.”

The league’s positional shift on buying versus selling might be an epiphany. It also might just be the natural course of business. Investing in development is good on its own with the purpose of bringing local kids into the first team. Still, after several years of watching players skip MLS clubs for Europe and the interest in North American players rise, the revenue stream is too good to ignore.

Names like Davies and Tyler Adams have proven the efficacy of the model. Owners are more likely to commit to academies if they can see a tangible return. There’s nothing more tangible than cash.

The trick for FC Dallas now is getting the new program over with the fans. No one who commits money to a team wants to hear that their club is punting on the chance at a championship. There’s no quicker way to send that message in North American sports than to “go young”. Long-term thinking isn’t a strength of soccer fans, particularly when the league that FC Dallas plays in is home to hugely ambitious outfits like Toronto FC and Atlanta United.

Unlike Toronto and Atlanta, however, FC Dallas doesn’t have the burden of outsized expectations when it comes to spending. The “normal” for fans in Texas is a team that collects a few sharp veterans, sprinklers in a few youngsters some of them homegrown, and tries to play attacking soccer. Recalibrating the system to increase the number of young players won’t be a traumatic shift. The reputation Pareja established will serve the club well as it downshifts. Nor does FC Dallas face scaring off fans already showing up. That's a silver lining from the mediocre attendance in Frisco.

It’s not impossible to win with kids. It might be more possible in MLS than almost anywhere else. Parity still pulls teams towards the middle with the playoffs a ready equalizer. If FC Dallas does win with a bunch of kids, that might be the best case scenario for MLS. It could spur similar projects elsewhere.

Win or lose, this much is certain. FC Dallas will stand out in 2019, something that's an accomplishment in MLS.