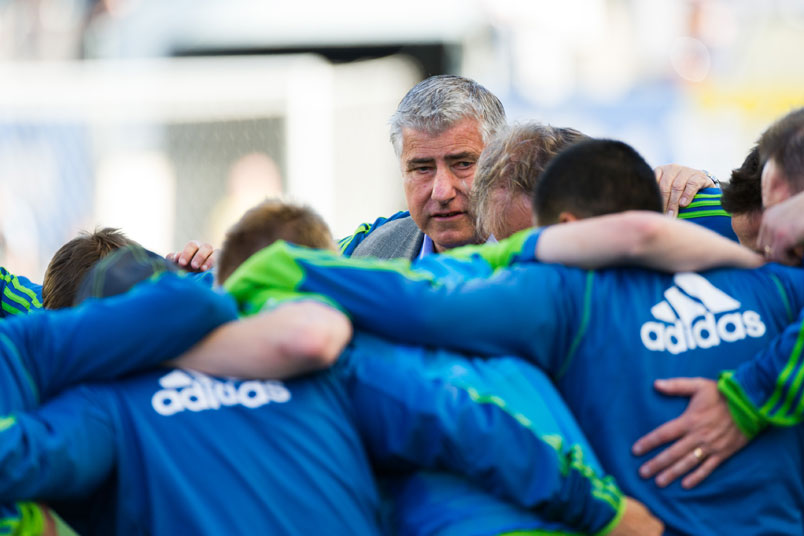 The US National Soccer Team Players Association joins with the rest of American soccer in mourning the loss and celebrating the life of Sigi Schmid. The former coach of UCLA, the LA Galaxy, the Columbus Crew, the Seattle Sounders, and the Galaxy again, Schmid has the all-time wins record for an MLS coach. His teams won three College Cups, five US Open Cups, and two MLS Cups. He joined the National Soccer Hall of Fame as part of the class of 2015.

What Schmid brought to MLS is the same as what he established with his UCLA dynasty. His systemic approach to soccer focused on getting skill players matched to tactics in a way that made his teams tough to breakdown. Schmid’s strength was preparation, and he used that against opposing coaches by making his teams difficult to scout. That pragmatism created tension with those that wanted Schmid to play his teams to their strengths. That wasn’t his game, with Schmid insisting on his version of what he wanted his clubs to be on the field.

“The biggest group I have to thank is players,” Schmid said during his Hall of fame induction speech. “Winning games and winning titles sometimes bonds that whole group but at the end of the day it’s the players that I’ve been able to coach and the friendships that have come out of that.”

The LA Times’ Kevin Baxter with the news of Schmid’s passing on Christmas Day. MLSsoccer’s Matthew Doyle looks at Schmid’s MLS career. The Atheltic’s Matt Pentz tells a Schmid story during the 2016 MLS season in Seattle.

Also in the soccer news, Tim Ream’s Fulham drew 1-1 at home with Wolves in the Premier League. Ryan Sessegnon put Fulham up in the 74th with Wolves equalizing in the 85th. DeAndre Yedlin’s Newcastle United lost 4-0 at Liverpool. Danny Williams wasn’t involved in Huddersfield Town’s 3-1 loss at Manchester United. Trailing by three goals from the 78th minute, Mathias Jorgensen scored in the 88th.

Moving to the Championship, Eric Lichaj subbed on six minutes into stoppage time for Hull City’s 2-1 win at PNE. Jackson Irvine scored for hull in the 28th with PNE equalizing in the 47th. Irvine scored again in the 80th minute. Geoff Cameron wasn’t in the squad for QPR’s 3-0 win at Ipswich. Pawel Wszolek scored in the 30th with Joel Lynch doubling the lead four minutes later. Nahki Wells scored in the 74th. Antonee Robinson wasn’t in the squad for Wigan Athletic’s 2-0 loss at West Brom.

Lynden Gooch subbed out in the 84th minute in Sunderland’s 1-0 home win over Bradford City. Aiden McGeady scored the game’s only goal in the 31st minute. Gooch saw yellow in the 61st. In the Scottish Premier League, Emerson Hyndman subbed out in the 66th minute for Hibernian in their 1-1 draw at Rangers. Trailing from the 25th minute, Darren McGregor equalized in the 86th.

From LA to Columbus and Seattle, Sigi won more games than any coach in MLS history and led his clubs to multiple championships, including two MLS Cups and five Lamar Hunt U.S. Open Cups. Sigi’s passion for soccer was unrivaled, and he was loved and admired by everyone in MLS.