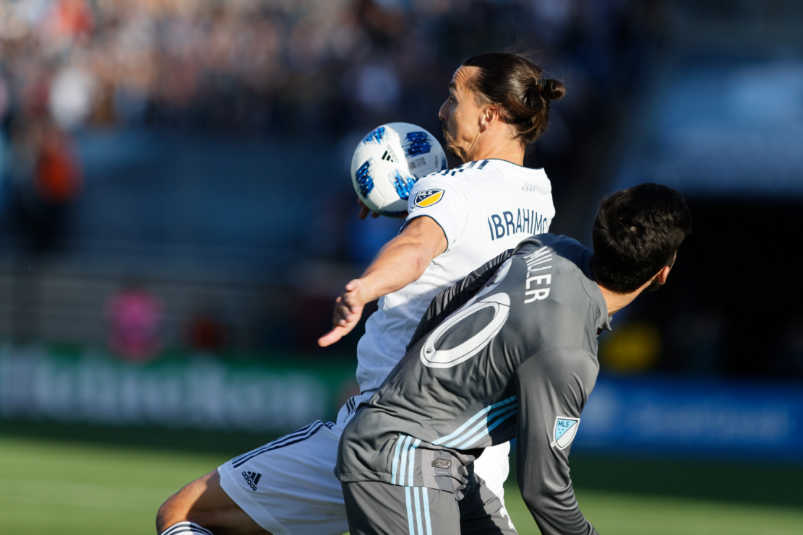 By Luis Bueno – RIVERSIDE, CA (Jan 9, 2019) US Soccer Players - The city of Los Angeles is the home of smog. A blanket of unsightly gray air drapes over LA and its surrounding metropolitan area. Getting rid of it is not likely to happen soon or easily. However, around Carson, some 12 miles south of downtown Los Angeles, the poor-quality air has given way. Specifically around Dignity Health Sports Park, formerly StubHub Center.

Guillermo Barros Schelotto brings with him to the LA Galaxy head coaching post not only heightened expectations and a possibility of a return to prominence but also a breath of fresh air. Barros Schelotto will bring that fresh perspective and a different approach to the coaching position.

The Galaxy had already gone through three coaches after Bruce Arena left the club following the 2016 season. All were MLS coaches. That carousel needed to stop, and did, with Barros Schelotto’s arrival.

Now, the reason why the Galaxy is on its fourth coach in the last three seasons is simple. The club has been a failure over that span. The team has steadily been in decline since winning MLS Cup in 2014, bottomed out in 2017, and made a brief resurgence a year ago only to collapse at the very end.

Barros Schelotto then comes into this situation needing to find some fast solutions for various problems. Reshaping the roster is not one of them, though, as that will fall to new general manager Dennis te Kloese, but te Kloese will likely work closely with Barros Schelotto when considering incoming players. For now, though, there are more pressing issues that Barros Schelotto faces.

What to do with the Dos Santos brothers?

Giovani Dos Santos has been a disappointment for most of his three-plus years with the Galaxy. Fans have soured on him and, by extension, are not keen on brother Jonathan Dos Santos, who likely would not have joined the club at all save for Giovani. Each take up a Designated Player spot, counted on for more than what they have been producing.

Barros Schelotto refused to answer a question on the underachieving duo during his introductory press conference.

“I don’t think that we depend only on two or three players,” he said. “To build what we want, for the Galaxy to have a style of play and to win which are the two things that matter the most in soccer. We are thinking about working as a team more than the individuals and their importance.”

Fair enough. Still, the new coach must make those players fit into the system and play the style Barros Schelotto needs them to play.

Lock Down the Defense

For all the feelings of encouragement and positivity surrounding the Barros Schelotto and his style of play, there remains one spot on the team that needs a significant upgrade before the team can really progress. The defense has been a mess over the last two seasons.

In 2018, the Galaxy allowed 64 goals a figure surpassed by only four teams. Only two playoff teams from a year ago allowed more than 50 goals. LAFC with 52 and Real Salt Lake with 58. It is great to have an attractive style of play and to score goals, but defense is not an area any team in this league can overlook.

Barros Schelotto will not have Ashley Cole around to help guide the defense. In fact, the elder statesman of the group is Dave Romney who played two games for the Galaxy in 2015. Along with Daniel Steres, Rolf Feltscher, and the high-priced Jorgen Skjelkvic, Barros Schelotto must form a strong backline that will allow the realization of his attacking vision.

Until and unless the front office brings in new bodies to fill the backline, Barros Schelotto will be working with the bulk of the defense that was one of the league’s worst a year ago.

One of te Kloese’s trademarks is the way he works with youth. Already in his short time in charge of the Galaxy, te Kloese has talked about connecting the youth academy and the first team and the importance of academy players to move up through the system. Barros Schelotto has also given plenty of youth players time on the field while he was with Lanus and Boca Juniors. In fact, more than half of the starting lineup he used against River Plate in the Copa Libertadores was under the age of 27.

Just how much of a chance he will have to play young players is the question. The Galaxy have some younger players on the roster, notably 16-year-old budding star Efrain Alvarez. te Kloese has stressed having talented players line up to play, which means the youth movement may be more down the road than imminent.

The Galaxy certainly has pressure to succeed. The team has the most MLS Cup wins, plays in a competitive LA sports market, and fancies itself a top franchise. Two consecutive playoff misses is unacceptable. Dealing with such pressure might be difficult for some incoming coaches to handle.

For Barros Schelotto this pressure is not what it was like from his previous job. At Boca Juniors, the expectation is to win the league and Copa Libertadores each year. Anything short is a disappointment. Such was the case after Boca’s difficult loss to River Plate in the Copa Libertadores final last month. The front office chose not to renew Barros Schelotto’s contract after the club’s loss to its bitter rival.

The pressure to succeed with the Galaxy exists, even if it is not at the same level as in Buenos Aires. If the Galaxy misses out on the playoffs for the third year in a row, Barros Schelotto’s exit may not follow. Or it might. Regardless, it is something that Barros Schelotto probably will not want to find out.