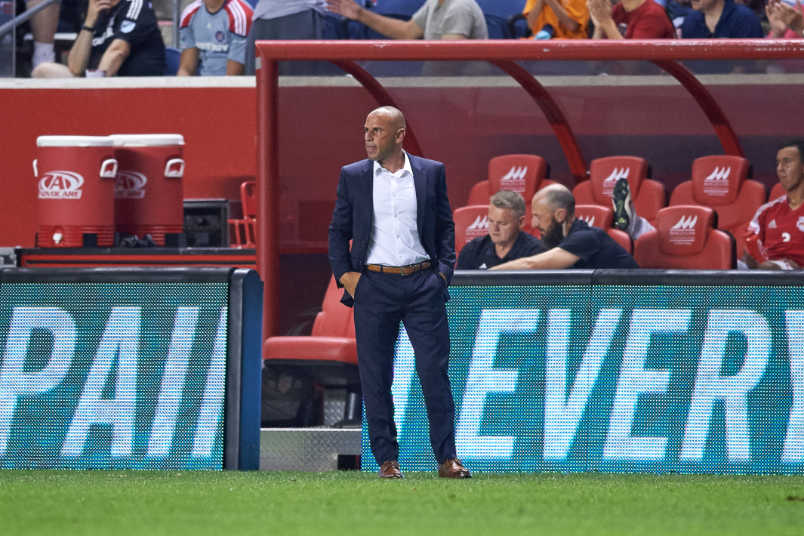 By Clemente Lisi – NEW YORK, NY (Feb 18, 2019) US Soccer Players – Here we are again. MLS teams competing in the Concacaf Champions League need to dust off the winter rust and speed up their preseason preparations. At stake is a tournament that has been elusive to American and Canadian clubs.

The Mexican clubs that have dominated this tournament for years have a decided edge in the region. Higher payrolls, deeper rosters, an earlier start to the Liga MX Clausura season, and a noticeable home field advantage. That’s what stands in the way between an MLS side and the trophy.

MLS teams can’t control any of those factors. Instead, they need to focus on what they can control. That’s what the past few weeks have been all about for Atlanta United FC, Toronto FC, the New York Red Bulls, Houston Dynamo, and Sporting Kansas City. MLS teams are still finalizing rosters, trying to get players to reach match fitness, signing new players, and unveiling new jerseys. They will need to overcome such distractions and operate as if the regular season has already begun.

“The (preseason) games are important for match fitness,” Toronto FC coach Greg Vanney told the club’s official website. “From a tactical standpoint, we’re still a little new, trying to achieve some of our objectives with everybody. A lot of important pieces just joined us… We’ve made and are making progress, but now that we have everybody in we’re just trying to get on the same page.”

Having said that, which of these teams has the biggest chance of making a deep run? Can any of them realistically break the Liga MX hold on the trophy? There are a number of storylines involving MLS teams that are worth noting as the round of 16 begins on Tuesday evening. Here are three to focus on.

The defending MLS champion Atlanta United enter the tournament as heavy favorites among the quintet of Major League Soccer teams. Atlanta dominated the playoffs last season and had a lineup that got everyone excited about what this team could do going forward. Things changed, but the goal is still the same for United.

Gone is coach Gerardo “Tata” Martino and striker Miquel Almiron. While this is a team that has retained most of its winning pieces, it will have to deal with a new manager in Frank De Boer and uncharted waters right at the onset of the season. Pity Martinez, the current South American player of the year, is Almiron’s replacement. The former River Plate ace is a very different player. Martinez lacks Almiron’s creativity, meaning this could be a new-look Atlanta side.

Atlanta can still certainly compete with the best in the region. Its home-and-away series against Herediano of Costa Rica is a manageable draw. What they will need to avoid is what last year’s champion Toronto FC did. They can’t pour their time and energy into the Champions League at the expense of MLS.

The 2017 MLS champions have been here before. Toronto FC makes its sixth appearance and will be looking to the last season’s experience – finishing runners-up to Mexico’s Chivas Guadalajara – as something of a stepping stone.

Experience is nothing to shrug off in a competition of such magnitude. Learning from past mistakes will help Toronto navigate the adverse conditions of playing on the road as well as build confidence among a group of players who still possess an elevated level of talent. The departure of Sebastian Giovinco leaves a huge talent hole in the lineup, but it’s something the Reds will need to overcome this season.

Last year’s run to the final meant a slow start to the regular season. We all know what followed. Toronto is now the example for balancing the Champions League and MLS. Going all in now has a real and significant cost. Right now, Toronto’s focus is on Independiente of Panama and reaching the quarterfinals.

Red Bulls in search of a championship… again!

Different competition, but the same old problem for the Red Bulls. The club is still without a major trophy that’s not the Supporters’ Shield. Every season begs the question. Is this the year?

The Red Bulls have the players to win this thing. They’re certainly the favorite to advance at the expense of Atletico Pantoja of the Dominican Republic in this round. Still, something always seems to get in the way. This version of the Red Bulls has a healthy mix of veterans and young players, which allows it to go deep in whatever competition they find themselves. Closing the deal has been the biggest obstacle, especially in an elimination-round format like the MLS Cup playoffs and the CCL.

Bad luck isn’t a real thing in sports, although superstitious athletes will argue the contrary. What coach Chris Armas, in his first full season in charge, needs to instill in these players is a sense of confidence. The Red Bulls have been here before. They need to break this losing cycle.