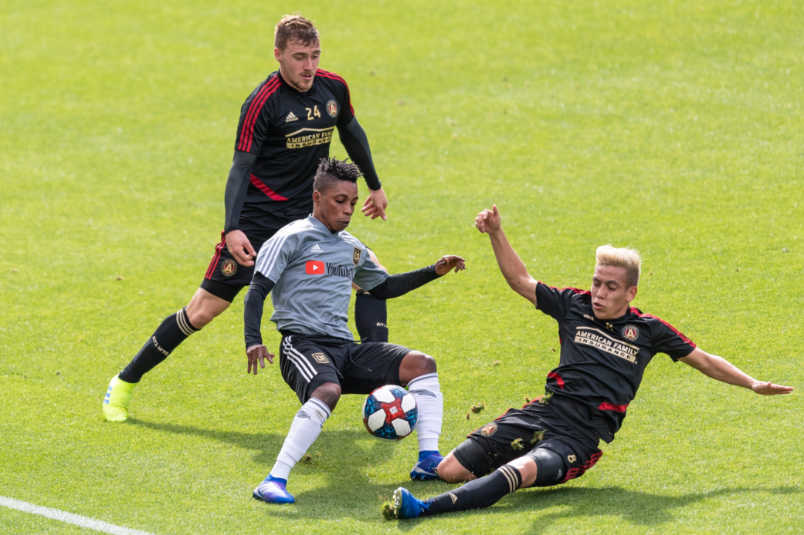 Having two teams in Los Angeles created such a competition. More to the point, it revived it. The LA Galaxy had Chivas USA to deal with from 2005 through 2014. Beginning in 2018 the Galaxy and LAFC were the teams competing both on the field and across the greater metropolitan region that is Southern California.

With two teams in Los Angeles once more though, has competition brought out the best in each other? Year Two of the resurgence of LA as a two-team town should reveal whether or not the competition between the two MLS teams is boosting the level of play in MLS and the stature of the two local clubs.

On the eve of the 2019 season, that competition has yielded positive results. It’s what will follow this season that will show how much of a boost soccer in LA gets from having two teams Early returns show that competition has raised that level. Which of the two clubs is driving it is still an open question.

Los Angeles loves the glitz and glamour and the spotlight. In soccer, that glitz and glamour comes in the form of high-profile players, goals, and victories. Neither of the LA teams though has cornered the market on it. One team is trying to move in that direction.

A year ago, it was LAFC who finished higher in the table and was the better of the two LA clubs. LAFC made the playoffs as the 3rd-seed and was one win shy of claiming the regular-season Western Conference title outright. The Galaxy meanwhile yielded a 2-0 halftime lead on the final day of the season and lost 3-2 to Houston, costing the club a playoff spot. Ahead of the 2019 season, that finish in the table does not mean a whole lot. All it does is provide a starting point for this year, but the teams have changed from the end of last year.

Just like last season, it’s the Galaxy with more high-profile players than LAFC. For this season, that meant figuring out how to keep the players they already have. The Galaxy made Zlatan Ibrahimovic a Designated Player in the offseason, bringing up the total of DPs on its roster to four. As the season nears, the Galaxy still has four DPs on its roster, Ibrahimovic, Romain Alessandrini, and brothers Jonathan and Giovani Dos Santos.

The Galaxy has said that Gio Dos Santos would stay on the team, somehow figuring out a way to keep four DPs when the league only allows three. To add a bit of spice to the whole ordeal, Gio starts the season off injured.

LAFC meanwhile did not add any world-renowned names to its roster. Instead, they quietly brought in players like El Salvadoran forward Rodolfo Zelaya as well as Miami-born Finnish international Niko Hamalainen.

Where things changed for the Galaxy was in the front office. LAFC’s stability in its coaching staff and executive members was something that Galaxy brass probably envied. To wit, the Galaxy brought in Dennis Te Kloese from the Mexican Soccer Federation and former MLS superstar Guillermo Barros Schelotto to coach the team. LAFC raised the stakes in 2017 when the expansion team announced Bob Bradley as its first-ever coach. Now the Galaxy hopes to achieve that stability in its coaching and management staff as well.

Of course, it will be the exciting play, goals and, mostly, victories that will determine if those moves paid off for the Galaxy and if the club can get past LAFC in the table.

LAFC did better than the Galaxy over the course of the regular season. That didn’t last long in the playoffs, with the Galaxy losing at home to 6th-seeded Real Salt Lake in the knockout round. LAFC though was much closer to a title than that, falling to Houston in the US Open Cup semifinals. The Galaxy meanwhile missed the playoffs for the second consecutive season. Another playoff failure would be unacceptable.

While the Galaxy made moves on the technical side, what that means on the field is a good question. Is the Galaxy a contender? The defense is still a sore spot as the team did not do much to address it in the offseason. The focus this year might be to outscore rivals in a shootout rather than try to hold opponents scoreless.

LAFC’s success prompted the Galaxy to perform a front-office makeover. For that to translate into title contention requires more than one offseason’s worth of moves.

David Beckham will be an invited guest of the Galaxy’s this weekend. Friday, the club is holding some community events with Beckham as a team representative. Sunday is the unveiling of the Beckham statue and his induction into the club’s Ring of Honor.

The Galaxy is trying to mix its previous spotlight with its current high-profile players. Meanwhile, LAFC is trying to stay the course it set forth a year ago by playing in downtown Los Angeles in a new stadium.

Both teams are competing for attention in an unforgiving town. The Dodgers are trying to reach the World Series for the third consecutive year. The Rams are coming off a Super Bowl appearance and LeBron James is still very much a Laker.

For their own sakes, both teams have to raise the level of competition. That needs to pay off for both clubs in the form of playoff appearances and contending for MLS Cup in 2019.