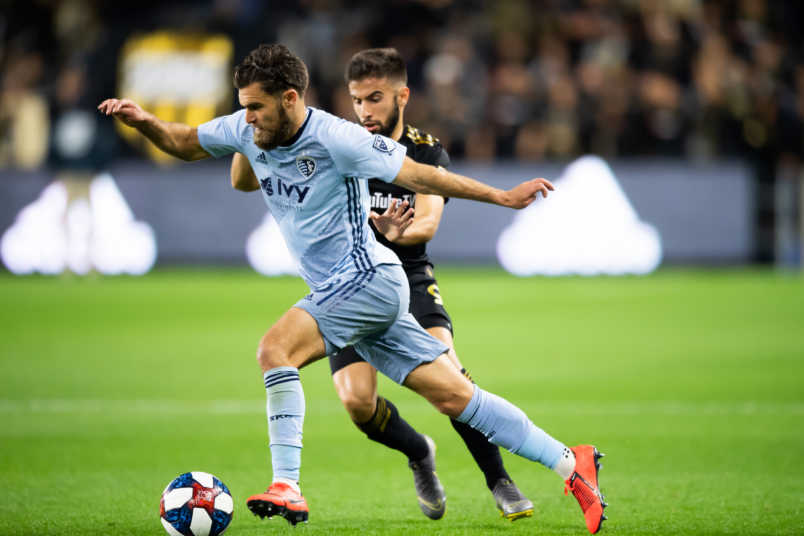 By Luis Bueno – RIVERSIDE, CA (Mar 6, 2019) US Soccer Players – The first MLS Power Rankings of the year can be tricky. Teams are starting from scratch, and yet they are not. It is not fair to rank teams based on their results from 2018, but it is difficult to know which offseason acquisitions will pay off and which ones will not. Throw in the fact that every team has already played one league game and these rankings had all sorts of challenges tossed in its way.

Ultimately, the first results of the year weighed some but not much on these rankings. Think a new car driving off the dealer’s lot and driving through mud. Maybe some minor blemishes but nothing to distract from how the car feels. Of course, the week 1 results directly influenced by the first weekend’s results. The view here is that at least for the top team results will continue to be positive and thus the team should be rewarded for that from the start.

As always, the Concacaf Champions League is in full swing when the season kicks off. Those results whether good (Sporting KC) or bad (Toronto FC) have no bearing on where those teams appear. Otherwise, the rankings would look different.

For this year’s playoff run, perhaps Seattle decided to try a different option and start strong instead of waiting until the summer to do that. Jordan Morris is a welcomed addition to the team and may be more valuable than any other offseason pick-up in MLS. With Morris (two goals in the season opener) and Raul Ruidiaz (another goal) Seattle could boast quite the impressive attack.

Usually, the defending champions get the benefit of the doubt to start the season. After one game and a tough loss at that, that’s already gone. Perhaps that is justified. Atlanta shouldn’t get any bonus points because it was champion a year ago. Last season, Toronto FC stuck around higher in the rankings than necessary simply because of its title from the year before.

Wayne Rooney is available to DC United from early March. That makes DC a legitimate Supporters’ Shield contender. The season-opening 2-0 win over Atlanta does nothing to diminish that. The club’s brutal exit from the playoffs last season should serve as motivation for this year and perhaps already has. Look for DC to stick around in the top 10 – if not top 5 – from now until November.

Look not at New York’s season-opening draw against Columbus for an accurate gauge of how the season will look. New York rested many of players, including Bradley Wright-Phillips, to start the season off due to participation in the Champions League. The team still earned a road draw in the process, which shows how solid the depth is. New York will be okay, provided the Champions League run does not interfere too much more with league play.

In its expansion season, LAFC’s attack was impressive and dangerous throughout. That looks like it will be the case in the sophomore campaign as well. Adame Diomande is the real deal and proved that once more, coming off the bench to score the game-winner in an intense season-opening 2-1 win over Sporting KC. LAFC will have to fight harder this year. The Western Conference is tougher now, but the club looks poised and ready for the challenge.

Losing on the road and doing so at the death may not bode well for Sporting KC. Still, it will take something special to beat them this year. Sandwiched between Champions League games, Sporting KC played a spectacular game against LAFC and deserved a point for its efforts. The club’s bruising hockey-style tactics could use an adjustment, but Sporting KC will be a tough draw every single time.

Portland cannot take much from its season-opening draw at Colorado, save for a point and some great pictures in the snow. Playing in difficult and unique conditions may or may not reveal much about the team. Still, three goals are three goals. Diego Valeri’s production and Sebastian Blanco’s goal were the highlights and something to feel good about from the start.

What is Toronto FC going to be like without Sebastian Giovinco? It seemed unfathomable that Giovinco would not be part of this team but the offseason yielded an unfriendly parting of the ways between the two sides. This Toronto FC side though felt a lot like the one from 2017, scoring often and putting away opponents. Michael Bradley cannot be the one filling the net every game, but the team created and finished plenty of chances.

Caleb Porter returned to Ohio, but success is not quite automatic yet. Columbus should have done better than a home draw against a weakened New York Red Bulls team. Still, Columbus looks to be a formidable opponent. New York is no pushover while Columbus did well to overcome an early deficit.

No David Villa does not mean no more offense. Villa is gone but NYCFC still scored two first-half goals in the season opener at Orlando City. For the team to reach the playoffs again, the defense needs to turn a 2-0 halftime lead into three points. The question is whether that blown halftime lead was just a bad 45 minutes or something deeper.

Giovani Dos Santos is gone, which is a good thing, but losing Ola Kamara could be troubling. Kamara gave Zlatan Ibrahimovic a great partner. With Kamara leaving for China, there really is no viable second forward. Efrain Alvarez sparkled in his season debut but he is 16. If he’s going to be counted on for offense every game, then the Galaxy is in for a long season.

Darwin Quintero is an amazing talent. Anyone who followed Liga MX when Quintero was starring south of the border is aware of his ability. With a half-season under his belt, Quintero could be the biggest revelation in the league this year. His performance against Vancouver was impressive. Perhaps most remarkable was that the Loons actually won a road game. Minnesota had a lousy 1-14-2 road record a year ago.

Slow and steady wins the race. That ought to be Real Salt Lake’s motto. The club made few offseason changes from a year ago, with the notable exception of new Designated Player Sam Johnson, who played 23 minutes and earned a yellow in the season opener. That game, a 1-1 draw at Houston, typifies RSL. The club did just enough to leave with some positive feelings and build on going forward. Somewhat effective but not the most exciting.

Manotas, in Spanish, means “big hands.” Houston’s Mauro Manotas will need to use his big hands to pickup this team and carry them higher. He’s off to a good start, scoring a goal in a draw against RSL. And his track record is solid. He scored 19 goals a year ago, nearly doubling his 10-goal output from 2017. Even the biggest of hands will have a tough time getting Houston into playoff contention alone.

Ignacio Piatti is one of the best players in MLS. If he had a supporting cast near his ability, Montreal would be a title contender. Piatti once again created magic for Montreal in its season-opening 2-1 win at San Jose, scoring a goal and creating several other chances. Montreal made his offensive performance stick. If the club can continue to do that, Montreal might make its way back to the postseason.

There is a flicker of hope for this side. Coach Brad Friedel is in his second year and should have picked up some valuable lessons from his start a year ago. Carles Gil, the club’s high-profile offseason acquisition, paid immediate dividends, scoring on his debut. If Gil can keep it up and the club gets contributions from fellow newcomers Juan Fernando Caicedo and Cristian Penilla, the Revs may be a playoff contender.

Colorado needed to bring in some players to help turn things around. If the first game of the season is any indication, they have the pieces in place. New players Kei Kamara, Benny Feilhaber, and Andre Shinyashiki scored Colorado’s goals. The defense was poor though as the backline contributed a red card and an own goal. If Colorado is as exciting this season as it was in the first game, that’s okay.

Credit to the Union for making a splash in the offseason by bringing in Marcio Fabian. However, the Union look like there is much work to be done. It might be simple to point to Philadelphia’s sluggish offensive performance as a reason to worry, but the defensive output was worse. If Fabian is to be the centerpiece of an attack that also needs production from Cory Burke and Fabrice-Jean Picault, the defense must stand firm and allow for the Union to actually possess the ball.

FC Dallas brings the same workmanlike mentality this season as last with one major exception. No longer is Oscar Pareja in charge. Luchi Gonzalez may become a fine MLS manager but he is just starting out. A dull draw, like the club’s 1-1 season-opener against New England, is just about the high point for this team right now.

Fredy Montero will be a valuable player for the Whitecaps, as he was during his loan spell in 2017. For the club to be successful Montero must work wonders. Vancouver had a massive offseason facelift, and it will take a while for the team to gel. Too many changes too soon is the club’s problem. The fear is that the Caps will have dug a hole too big to climb out of when things finally start going in the right direction.

Chicago got a goal from debutant CJ Sapong against the LA Galaxy, but not much else went right in the season opener. Even that is a bit tainted as Sapong received the ball off an errant Galaxy pass. Goalkeeper David Ousted was Chicago’s best player in the game and came up with quite possibly the 2019 MLS Save of the Year. However, if Chicago has more games where the goalkeeper is the standout, then things the club will remain the 20s in these Power Rankings.

It looked like the nightmare from 2018 would carry over, but Orlando recovered and fought back for a 2-2 draw against NYCFC. Still, that does not inspire much confidence. The comeback was fine, but Orlando’s defense showed many of the same problems from a year ago.

The Matias Almeyda era is off and so far, the results are the same. Okay, one game is not nearly enough to judge a new coach by, but this team has been poor for so long it is hard to be optimistic when the results do not change. Almeyda has quite a bit of work to do just to get San Jose respectable.

Entering the league nowadays is not an automatic death sentence. LAFC finished third in the Western Conference regular-season standings while Atlanta United won MLS Cup in its second season. FC Cincinnati must make its own way forward. That means start at the bottom and earn respect. At least the club’s first MLS goal ever was an amazing strike courtesy of Leonardo Bertone.