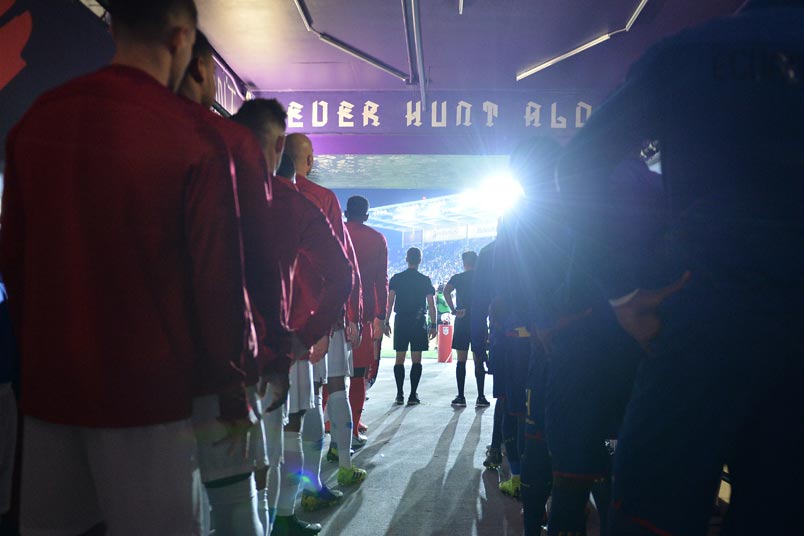 By Charles Boehm – WASHINGTON, DC (Mar 22, 2019) US Soccer Players – The USMNT banked their third win in three tries under Gregg Berhalter on Thursday, defeating Ecuador 1-0 in Orlando. It was a game that shed light on both the program’s promise under new management and the persistent presence of some old challenges. Here are a few takeaways from the win.

A game of thirds

The US showed composure and were methodical with the ball. They finished with more than 62% of possession, completing 676 passes at an accuracy rate of 89%. We saw signs that Berhalter’s principles of team shape, ball movement, and positional play are taking root. Even with Tyler Adams deployed in the new right back/defensive mid hybrid role, the defense stymied a passive-looking Ecuador side. Goalkeeper Sean Johnson didn’t have to make a single save.

The problem was that his opposite number, Alexander Dominguez, only had to make one. All that good work didn’t translate into consistent danger around the opposition’s goal. The home side created just five shots, only two of them on target. Gyasi Zardes’s late game-winner hit the net with a hefty dose of good fortune. A massive deflection sent his long-range shot spinning high over Dominguez before it dropped just under the crossbar.

Considering this was a relatively low-stakes friendly, Ecuador looked strangely uninterested in going toe to toe with the USMNT. Led by former Panama and Guatemala coach Hernan Dario Gomez who took over La Tri last summer, they mostly sat deep in organized lines looking for chances to break. That might not have been what most expected from this opponent. It did give a reasonable glimpse of what the US often encounters against Concacaf underdogs.

In that regard, Thursday offered a familiar scene despite all the new faces. The US was mostly solid in the defensive and midfield thirds of the pitch, only to struggle to impose themselves to the same extent in the final third. As a result Ecuador appeared comfortable for long stretches and stayed right in contention to snatch a positive result until the very end. This is an old problem and one that the team will need to address.

Given Berhalter’s preference for intricate tactical concepts and preparation, difficulties with creating chances at this early point isn’t surprising. Most coaches sculpt their teams from back to front, building a sturdy defensive foundation before focusing on attacking play. That tendency can be particularly pronounced in international play, where there isn’t a lot of training time.

This window marks Berhalter’s first access to his full player pool. Despite that, he didn’t change everything in his starting lineup. There were four holdovers from the XI that defeated Costa Rica at the close of the January camp last month. The ensuing performance underlined why.

“Look, the majority of us got in Sunday. For those that weren’t in the January camp, you’re overloaded with information,” holding midfielder Wil Trapp told ESPN FC’s Jeff Carlisle. “It’s difficult. But knowing how much information that was thrown at them, and how they adapted, I think it was a fantastic performance from executing and understanding.”

So one of the biggest questions around Berhalter’s hiring remains. How will he translate the principles that took the Columbus Crew months, if not years to master into an annotated version? One that he can rapidly implement in fleeting, highly-compressed national team camps? He’s responded to that challenge logically enough so far. The pressure will ratchet way up when meaningful games arrive.

Perks and perils of proactive play

There are echoes of Pep Guardiola’s mighty FC Barcelona and Manchester City teams in what Berhalter is trying to do. There’s an emphasis on building out of the back. The speedy and purposeful passing and movement. That everence for possession and careful adherence to a collective shape based on pre-planned patterns.

These are some of the most stylish concepts in modern soccer. In three US games to date we can see hints of what’s known as “Juego de Posicion” in Spain and “Positiespel” to the Dutch.

The risk for the USMNT is that these ideas are complex and tough to implement even for players who’ve spent their entire lives immersed in them. They are not common in American youth or professional soccer, not yet, at least. They have not been a consistent focus for the national team in the mostly chaotic recent past under Dave Sarachan, Bruce Arena, and Jurgen Klinsmann.

So Berhalter must play catchup at both the macro and micro levels. Even as the USMNT showed growing confidence in executing his ideas on Thursday, all it takes is one slip for the whole thing to come crashing down.

Limiting the risk of such moments comes with practice and repetition. No team completely eliminates them. High-stakes games crank up the tension. If the attack experiences an off night in front of goal, things can get quite jittery.

Berhalter’s measured postgame remarks suggest that he’s fully aware of the complexity of implementing his way of playing. He knows it’s a long-range construction process. Each day, each training session with his squad is another opportunity to stack one brick on top of another.

That mindset should also apply to each game. Fans should expect to see more progress, even if modest, in Tuesday’s meeting with Chile in Houston. Compared to Ecuador’s caginess, La Roja might provide a different sort of challenge altogether if they flash the hard-edged, high-intensity pressing game they’ve become known for. That would give the USMNT another very useful set of data points.