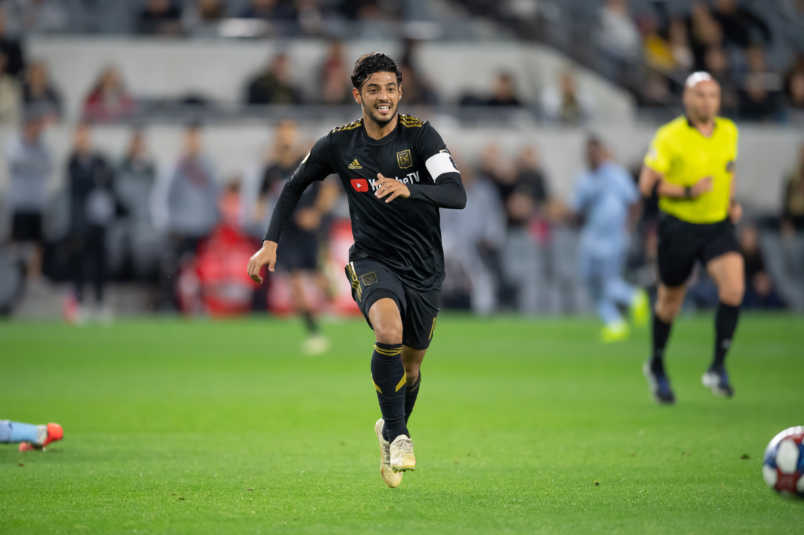 By Luis Bueno – RIVERSIDE, CA (Mar 13, 2019) US Soccer Players – Los Angeles is a two-team sports town. Fans have a wide array of teams to choose from, be it Dodgers-Angels in Major League Baseball, the Lakers-Clippers in the NBA, Rams-Chargers in the NFL or Kings-Ducks in the NHL.

What is less common though is having two LA teams to choose from come playoff time. For Southern California MLS supporters, the dream of both Los Angeles teams making the MLS Cup Playoffs may be over before it even started.

First impressions are dangerous, sure. The first and second impressions that both LAFC and the LA Galaxy made are vastly different. They reveal both strengths and weaknesses that could help and/or hurt each team throughout the entire season.

Goals, effective attacking and solid defending, or lack thereof, seem to be the hallmarks or downfalls of LAFC and the Galaxy in 2019 if the first two matches are any indications. If the early trends continue and become the norm for both sides, one team will secure its playoff spot by the late summer. The other will give its supporters false hope and wind up with another disastrous heartache of a campaign.

LAFC has shot out of the gates with the power of a sprinter. They’ve scored six goals in two games, tied for the league lead in that category. LAFC has also already shown it can win close games and not-so-close games. The quality comes from the bench as well as the starting lineup/ The coaching staff knows how to pull the right strings at the right time.

By contrast, the Galaxy looks a lot like it did the last couple of seasons. The Galaxy did pull out a victory in the season opener. Then the club fell flat on its face in game number two, a 2-0 loss at FC Dallas. The attack disappeared while the defense showed cracks as it did in the season opener.

Having both LA teams reach the postseason would be an amazing feat and would captivate the city. Particularly since the new playoff format would set up a one-off winner-take-all match. Of course, that is assuming the teams would play one another. In MLS that could happen easier than it could in other LA sports.

Just having the LA teams reach the playoffs in the same season would be a bit of a feat. It is not exactly rare in other sports, but it is not an every-season thing either. Both the Rams and Chargers made the NFL playoffs last season, but LA hasn’t been a two-team town since 1994. The Dodgers and Angels have made the playoffs in the same season just once in the last decade. The Clippers and Lakers have accomplished that feat just twice in the last 21 seasons. The Kings and Ducks are regular NHL playoff participants – four of the last six Stanley Cup Playoffs have featured both SoCal teams – although this season, the teams are last and second-to-last in the standings.

For MLS to have two LA teams reach the playoffs in the same team for just the second time ever, the Galaxy needs to change things around quickly. The Galaxy has underwhelmed thus far. The club’s most dangerous player over the course of two games has been midfielder Efrain Alvarez, who has sparked the club off the bench in both games. While it is a positive for the Galaxy to have a talented youngster in its midst, it is also not a good sign that a 16-year-old has been one of the few bright spots.

Zlatan Ibrahimovic accounted for the game-winner against Chicago off an assist from Alvarez. Ibrahimovic proved to be the difference in that match. He missed the Dallas game with a tendon issue. With Romain Alessandrini also sidelined with a hamstring issue, the club lacked scoring options.

Ola Kamara may have had the chance to shine in those players’ absences had he not left for China. With Giovani Dos Santos gone from the team, the scoring depth is just not there. With Ibrahimovic around that is not so much a concern. Without him, the Galaxy could be desperate for goals unless the team lands a viable scoring threat.

LAFC meanwhile has no such concerns. The club’s attack looks like it could be even better than last season, when it finished second in goals behind MLS Cup champions Atlanta. LAFC’s Adama Diomande has two goals in two games, and both came as a substitute. If LAFC has a weapon like Diomande as instant offense off the bench, the starting lineup must be scary. At least on the attacking end, it is. Christian Ramirez has a goal in two starts while Carlos Vela had a goal and two assists in the 4-1 win over Portland.

LAFC is well on its way toward following the Atlanta United blueprint for an MLS championship. Atlanta had a standout first season like LAFC did. They crashed out of the playoffs in its first-ever playoff game, also like LAFC did a year ago. However, Atlanta responded by fighting for the Supporters’ Shield in Year Two and ultimately winning MLS Cup.

The season though is barely underway. Teams are still trying to find their identities and figure things out. The summer transfer window too will change teams’ fortunes and could play a significant role come playoff time. Still, first impressions are hard to shake. In LAFC’s case, that is a good thing. For the Galaxy that is troubling. That dream of two MLS teams in the playoffs might just be a fantasy in 2019.