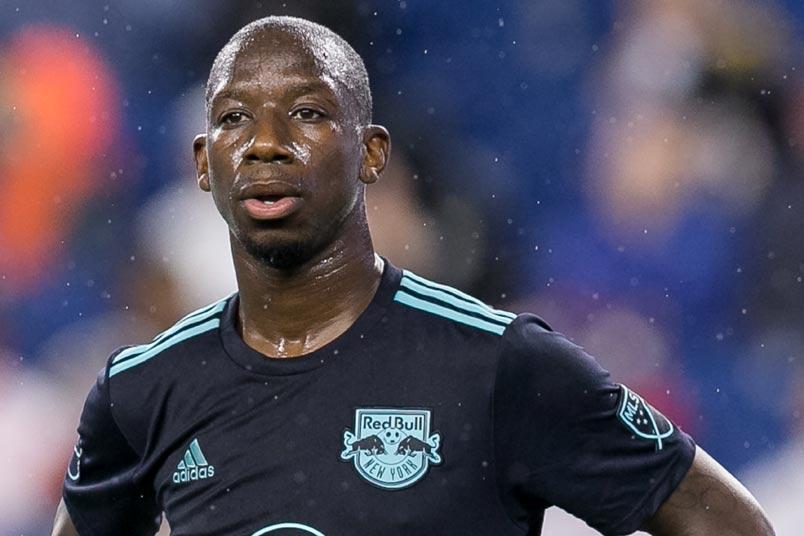 By Jason Davis – WASHINGTON, DC (Apr 24, 2019) US Soccer Players – As April moves quickly towards May and temperatures begin to climb, the time has come to check on the status of those Major League Soccer coaches who haven’t had the best starts to 2019. The league gets tougher for coaches by the year, commensurate with rising budgets and more demanding fans not to mention bosses.

That said, “job security” is still the default condition for a vast majority of MLS head coaches eight weeks into the campaign. That doesn’t mean there are names that are in some measure of trouble, just that such a list is short.

Four names stand out from the 24 teams in MLS. As expected, none of the four currently has his team in the playoff positions. Every case is different and context matters, but each has at least some reason to worry.

That the Rapids are the only team in MLS without a win is enough reason to include Hudson on this list. Through eight games Colorado has just two points and the league’s worst goal difference.

Both of the Rapids’ draws came in the first three games of the year. Since then, they’re on a six-game losing streak and have shipped nine more goals than they’ve scored in that span. If there is progress, it’s on the attacking side of the ball. The Rapids can put the ball in the net with the likes of Kei Kamara and Benny Feilhaber leading the way, but they can’t keep opponents from putting the ball past them at will.

This is Hudson’s second season on the job in Denver. In his first campaign, the Rapids finished 11th in the West and missed the playoffs by 18 points. That failure prompted an offseason overhaul from a team that yelled from the mountaintops about a long-term vision and “The Rapids Way” that saw them swap a host of middling foreign signings for MLS veterans.

With the new way failing, Hudson’s prospects mostly come down to Rapids leadership and a weak appetite for change. Budget-minded teams like Colorado are notorious for staying the course in the face of poor results if only to avoid paying on multiple head coaching contracts during the season.

Hudson might get the balance of the year to try and make the Rapids better. If the club is treading water near the playoff line in August, he could last the regular season. Next up for Colorado is a date against United in Atlanta. Despite Atlanta’s struggles, it’s a daunting place to try and secure the first win of the year.

Like Hudson, New England Revolution boss Friedel is getting a second chance to get it right. 2018’s 8th-place finish was in part explained by a roster not exactly of Freidel’s making. Changes to the makeup of his team, presumably at Friedel’s direction, means we can now more fairly judge his effectiveness as a coach.

Friedel’s no-nonsense attitude towards his players makes for plenty of headlines in New England soccer circles, especially when the results aren’t coming. He has already called out the effort of his side more than once in 2019 in an obvious bid to spur a positive response. It appeared to work when the Revs took down Minnesota on March 30, but a pair of losses immediately followed.

New England defeated the Red Bulls on Saturday in Foxboro on a late goal by Cristian Penilla to secure their second victory of the season. The Revolution was better than New York and showed enough positive signs that hope remains for a turnaround in 2019. There’s also still time left in the primary transfer window for the club to add a big-money signing, something Friedel has been hinting at since before the season opener.

The Revs aren’t typically one that gives up on a project. While Friedel’s seat might have been a little warm as recently as last week, there’s no reason to think he won’t get more time to improve the Revs on the field. As these things go, Friedel’s seat could be a lot warmer than it is, just base on the early season returns. The Revs face the Impact at home Wednesday night with a legitimate chance to start the season’s first winning streak.

The highest profile hot seat in the league belongs to Frank de Boer in Atlanta. That’s the deal when you take over a championship team. Expectations are high. Even a slight dip in results will bring out the knives. The dip in results in Atlanta hasn’t been slight. It has been dramatic, with the club stuck at the bottom of the Eastern Conference standings through six games played. Atlanta’s win in Week 7 brought up spirits, but a Week 8 loss to FC Dallas at home dropped them low again.

Needless to say, soccer fans in Atlanta are restless. It’s bad enough to be at the bottom of the conference. To be there while playing ugly soccer? Even a two-year-old fan base won’t let that sort of thing fly.

The most damning thing for de Boer is that a team know for a swashbuckling attacking style morphed into a methodical, goal-shy group under his watch. De Boer is preaching a positive message, but there has to be a breaking point for United’s leadership. A team that aspired to be aggressive in all phases, on and off the field, can’t afford to wait out a last-place position for too long.

Atlanta has the talent to turn it around and make the playoffs under de Boer, no matter how poorly his philosophy fits the team. Is that enough? United welcomes Colorado to town this weekend. It’s a perfect opportunity to get right against a bad team.

Of all the coaches on this list, Armas might be the most surprising. After taking over for Jesse Marsch midway through the 2018 season, Armas steered the Red Bulls to the Supporters’ Shield. That made Armas one of the more stable coaching names going into the new season. Why wouldn’t the Red Bulls be good again?

Yes, they sold Tyler Adams to RB Leipzig. Still, qualified replacements were in the system and the club could still rely on a group of veterans to lead the way. Expectations were high for one of the most consistent teams in the league.

2019 hasn’t gone to plan. The Red Bulls are struggling and currently sit one spot off the bottom of the Eastern Conference. A loss in New England on Saturday didn’t help quell rumors swirling around the club that former star Thierry Henry would return to take over for Armas.

The rumors are ridiculous. Sporting director Denis Hamlett took the proactive step of publicly denying the rumors in a statement issued Monday.

Is it a case of the club squashing the rumors because of Henry’s history of the club, a move meant to save Armas from the rampant speculation? Just by acknowledging the rumor, one that originated and was mostly confined to European sources, New York validates it on some level.

So, no Henry. Does that mean Armas is safe? A win against FC Cincinnati on Saturday would help silence the chatter.